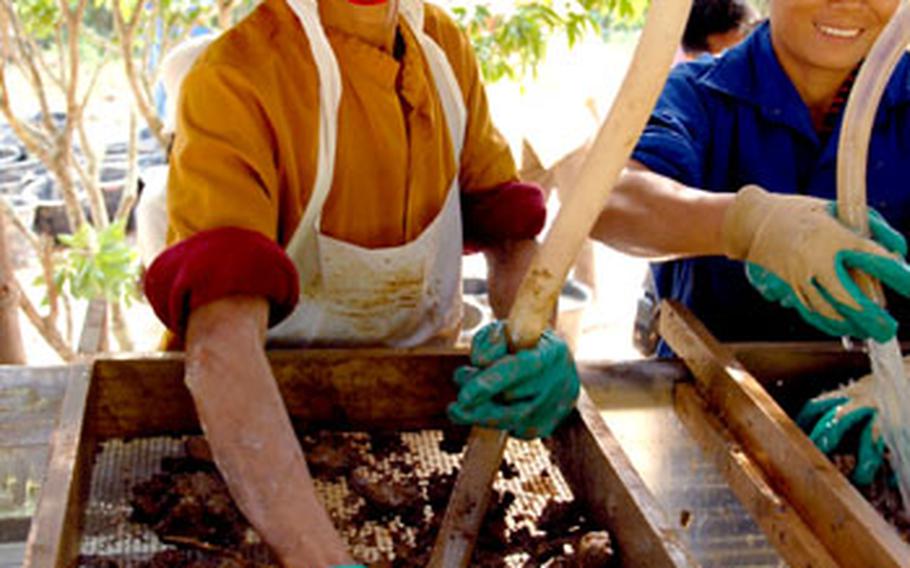 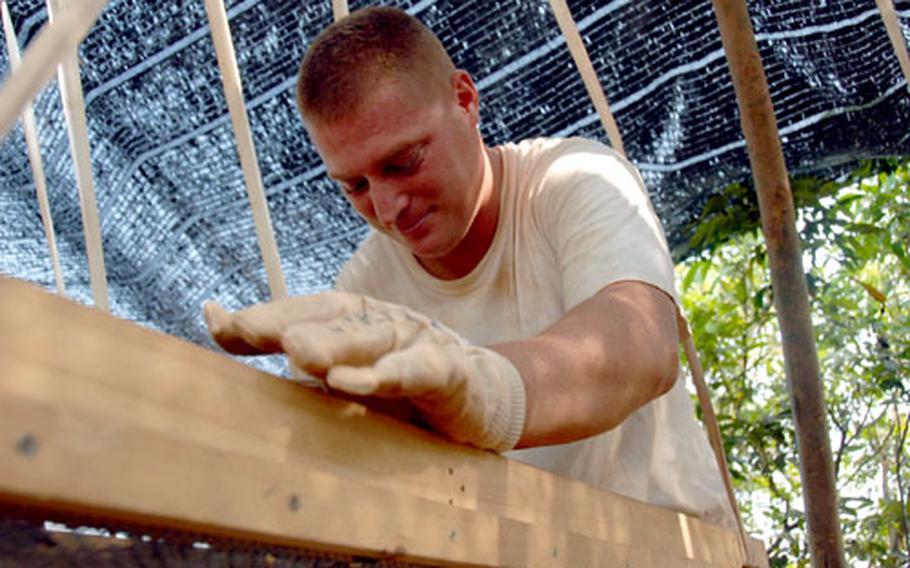 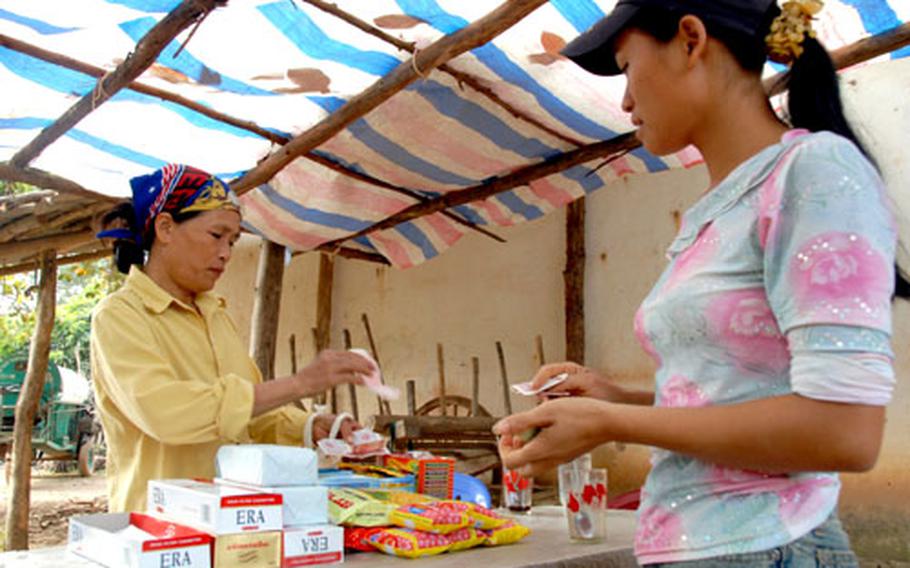 A Vietnamese worker pays for a glass of tea at an outdoor store, set up just outside the JPAC dig site. Many of the 90 Vietnamese hired to help with the dig, and the 17-member JPAC team, bought snacks and drinks from the vendor during their hourly breaks. (Ashley Rowland / S&S) 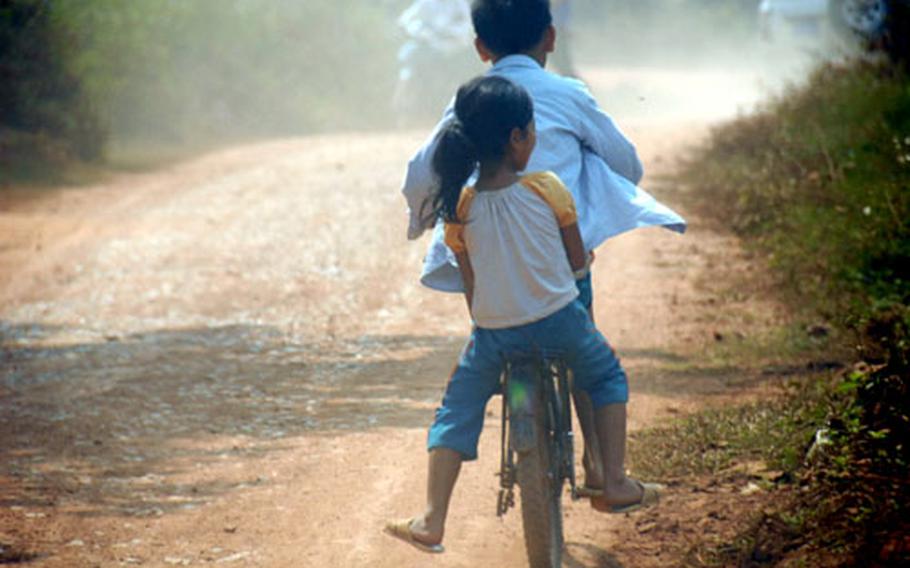 Two children ride on a bike on the bumpy dirt road leading to a JPAC dig site in rural Vietnam. (Ashley Rowland / S&S)

LANG SON PROVINCE, Vietnam &#8212; At each Joint POW/MIA Accounting Command excavation site, the team&#8217;s job is to dig through as much dirt as possible in hopes of finding bone or teeth to identify a missing servicemember.

At this site in rural Vietnam where an F-4 Phantom fighter jet was shot down 40 years ago, there are two dig locations. The first is in the rice paddy where the jet is believed to have crashed. Team members spend 50-minute rotations in the &#8220;pit,&#8221; digging through the sticky red clay.

The work is painstakingly slow, akin to skimming sticky, congealed peanut butter from a jar with a flimsy spoon.

Vietnamese women lug the clay in wheelbarrows to the wet sifting station, where it is unloaded onto tarps and knocked into smaller chunks. A tarp keeps it from drying in the sun.

&#8220;[The sun] kind of turns it into concrete,&#8221; said Laura Miller, the forensic anthropologist in charge of the dig.

The chunks of clay go into a bucket destined for the screening station &#8212; a long row of metal bins with grates small enough to catch bits of bone or teeth. It is the coolest spot on the dig site, where temperatures in late October still reach 90 degrees.

Vietnamese workers line one side of the bins, washing the mud through the grates. Americans work on the other side, checking each tray for bits of debris before the next bucket of mud goes into the bin.

Usually, they find nothing but rocks and grass. Anything man-made goes into one of several black plastic buckets for Miller to examine.

It is mid-afternoon when she picks through a handful of objects in a bucket that day: a piece of high-grade steel from a jet engine, bits of plastic, an old coin, shards of pottery. In another bucket is a smooth, flat piece of metal, the size of a man&#8217;s palm.

The second site is a 15-minute hike from the rice paddy, past a peasant&#8217;s single-room concrete house and up a steep hillside dotted with white plastic flags about 2 feet apart. Each flag marks where a metal detector has found a piece of the jet.

Here, the dirt is pinkish and dry. Workers are given masks to wear because of the choking dust, but most don&#8217;t wear them because they&#8217;re too hot.

The digging and sifting leaves team members mud-stained and exhausted by the time they leave around 4 p.m.