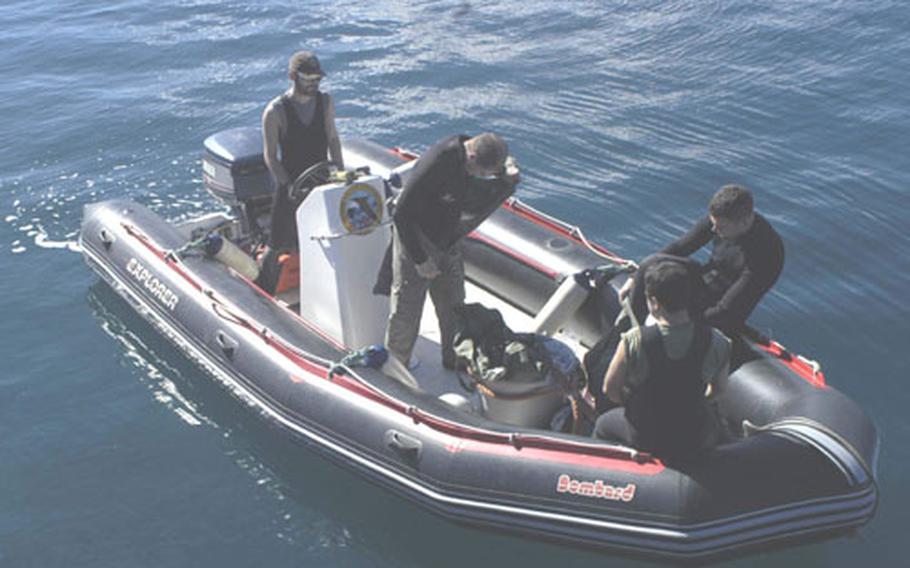 The space shuttle&#8217;s engines failed on Monday, eight minutes after it launched from Florida. The shuttle was 300,000 feet above the earth when it began to fall.

The six astronauts aboard were ordered to bail out over the Atlantic Ocean.

To their rescue came members of the U.S. 65th Air Base Wing and Portuguese air force. They were practicing what they would do if something such as this really happened around Portugal&#8217;s Azores islands.

&#8220;Any disaster situation is filled with challenges,&#8221; said Col. Barbara Jacobi, commander of the 65th Air Base Wing at Lajes Field, Azores.

The U.S. side communicated with NASA and provided on-ground support during the exercise. The Portuguese 711th Squadron did what it does best &#8212; save people at sea.

&#8220;The territory they cover is very huge. It&#8217;s a premier fishing location and there are a lot of boats out there.

On Monday, the Portuguese rescuers used a Casa C-212 Aviocar airplane to locate two &#8220;astronauts&#8221; and markers representing four other astronauts off the Azores coast. Two of their search-and-rescue divers simulated the live astronauts.

Portuguese medical personnel on the helicopter and American doctors at the base were ready to treat any injuries.

While this exercise focused on pulling the astronauts from the water, it was based on a typical emergency scenario.

An audiotape of a previous launch was played to simulate the liftoff. Under the script, the powerless shuttle was determined to not have enough inertia to reach the Lajes airstrip, so the astronauts were ordered to bail out.

Twelve minutes into the fall the crew begins depressurizing the cabin to make it equal to the pressure outside. Six minutes after that &#8212; a total of 26 minutes after launch &#8212; the astronauts bail out at 40,000 feet over the Atlantic.

After bailing out, the astronauts fall to 15,000 feet before their chutes automatically deploy. It takes 15 minutes from bail out to water, Neuser said. Splashdown would be chilly. The ocean temperature on Monday was about 61 degrees.

Under ideal conditions, the astronauts would each land one to two miles apart in the ocean &#8212; a total of six to 12 miles apart for the six astronauts, Neuser said. Transmitters on their space suits would signal their whereabouts, enabling a plane to locate them and relay their coordinates to an SA-330 Puma helicopter. The plane would then lead the rescue helicopter to the astronauts.

Dangers the astronauts could face in the water, Neuser said, include injuries from free falling before their chutes opened, getting tangled in their chutes, waves, fatigue, hypothermia and possibly sharks.

More than 100 of Lajes&#8217; 900 active-duty U.S. personnel are used to support shuttle launches. The next launch is scheduled for September at the earliest.

For each launch, the Lajes airmen place fire and rescue teams on standby, Neuser said. They provide weather information to NASA, make sure the area is clear of passenger planes, and organize the medical team.

Lajes is one of three shuttle-abort sites in the region. The others are at Mor&#243;n, Spain, and Ben Guerir, Morocco. The shuttle flies over those locations after it launches, which is why they are abort sites.