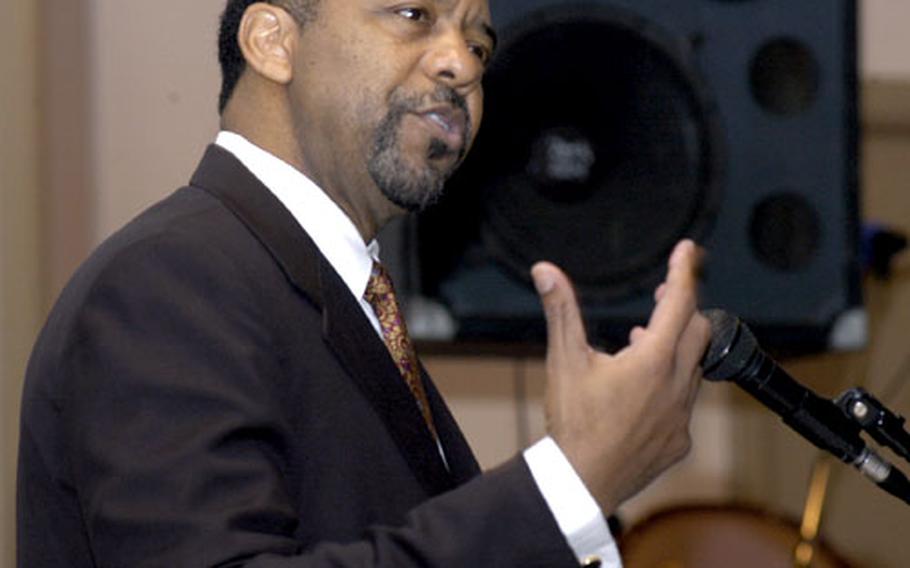 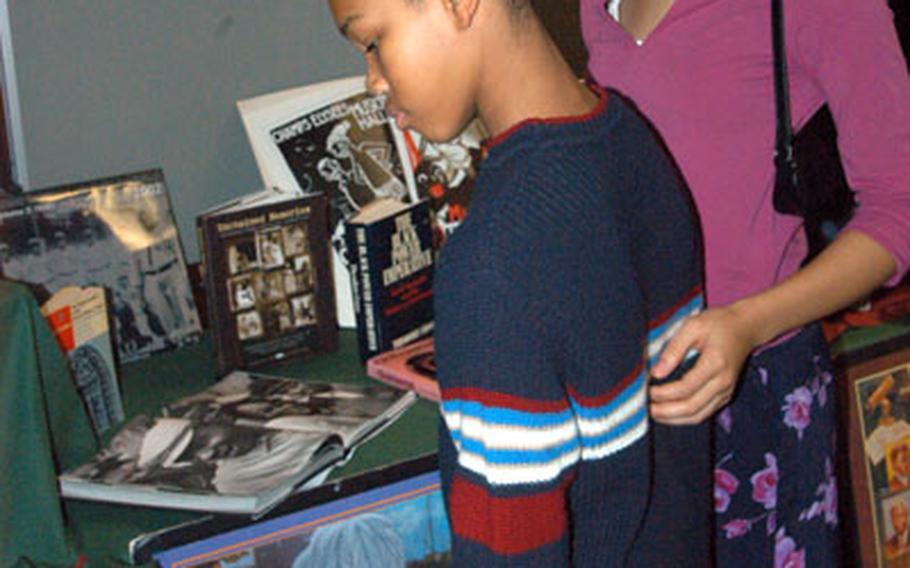 Elliot Knowles, 13, and his sister, Kimberly, 17, check out one of the exhibits at Wednesday&#39;s 6th Area Support Group Black History Month Luncheon at Patch Barracks. They are the children of Air Force Col. and and Mrs. Edward Knowles of the U.S. European Command&#39;s Nuclear Command and Control, Missile Defense Division. (Charlie Coon / S&S)

STUTTGART, Germany &#8212; After returning from space, astronaut Dr. Bernard A. Harris received a phone call from the Rev. Jesse Jackson, who asked him to pray.

Not everyone earns a personal preaching from the reverend.

Not just anyone can fly into space, either, until they have the dream first, Harris told a full house Wednesday at the 6th Area Support Group&#8217;s Black History Month Luncheon at the Patch Community Club on Patch Barracks.

Under slavery, Harris said, blacks had no rights or freedom of expression and could only practice religion under cover of night. But 225 miles away in space, while walking outside the Mir space station, Harris said, he might have seen the Earth as God sees it &#8212; as a big blue ball with no borders between countries, states or people.

From space, while looking at the great blue ball, Harris said, he was also reminded of a quote by the Rev. Martin Luther King Jr.: &#8220;Sooner or later, all the people of the world will have to figure out a way to live together.&#8221;

The dining hall was symbolically decorated with balloons of red for blood, green for prosperity and black for skin, as well as exhibits touting the feats of blacks, such as the writer Toni Morrison, activist Marcus Garvey and entrepreneur Madam C.J. Walker.

Army Sgt. 1st Class Carey Williams, the equal opportunity adviser for the 6th ASG, organized the event, which also included live entertainment. Williams said he hoped it would educate and inspire ... and maybe it did.