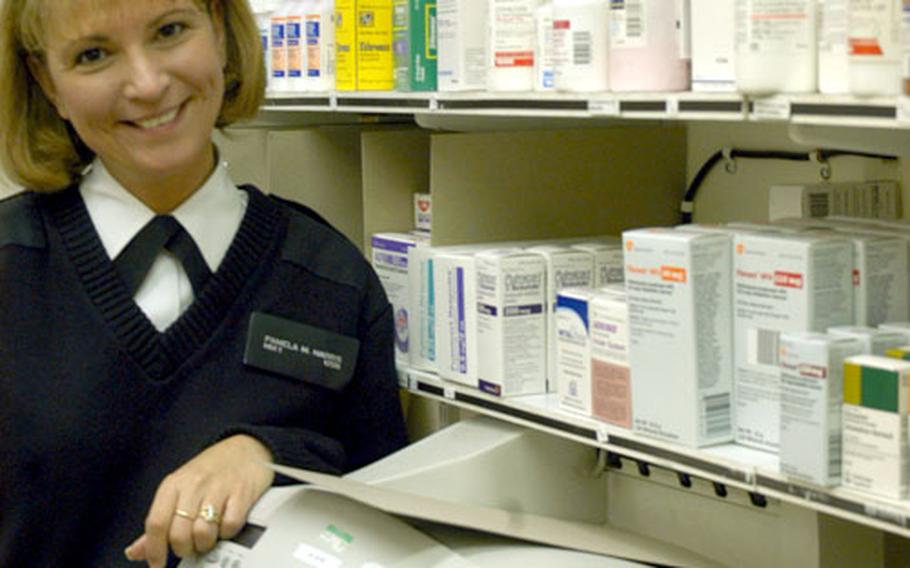 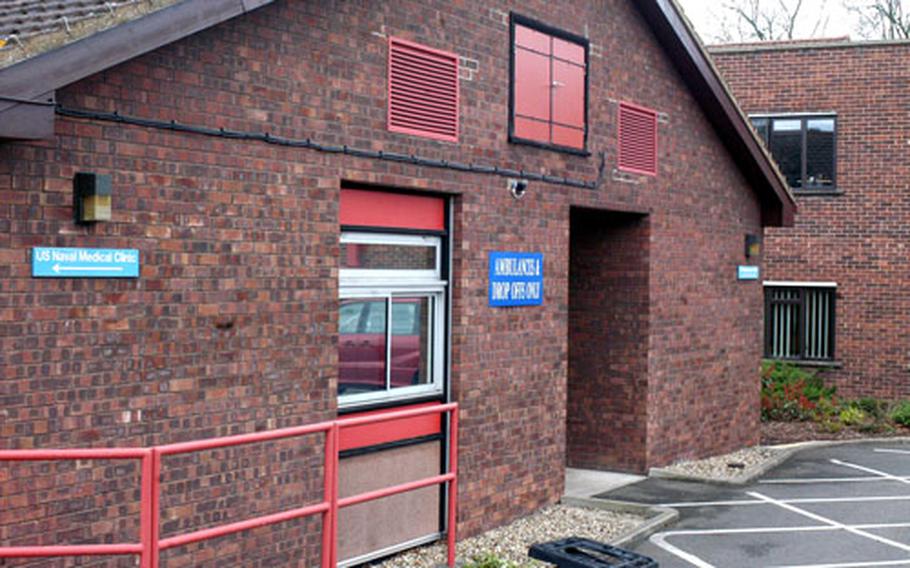 The clinic has already begun turning away “pay” patients for dental appointments. It will shut down for good on Sept. 1. (Ben Murray / S&S)

RAF BLENHEIM CRESCENT &#8212; For a while, Petty Officer 1st Class Pam Bingner was apprehensive about the impending closure of the Navy medical clinic in London.

After past annoyances with the British health-care system &#8212; including a long wait to see a doctor and a long drive to get to the nearest clinic &#8212; she was uneasy about relying on it for most of her 4-year-old son&#8217;s medical care.

Many servicemembers in the London area may face similar anxiety in coming months as the Navy&#8217;s medical facility in London shuts its doors amid a raft of base service closures.

In May, the West Ruislip elementary school and child development center will close and move to RAF Daws Hill, a 20-minute drive away. On June 30, the local Navy Exchange and commissary will close shop as the entire RAF West Ruislip complex gets shuttered and handed back to England.

The process of closing the clinic, a two-story office building that handles only minor medical and dental cases, has already started.

Its shutdown, like that of other Navy facilities in the area, is part of the effort to pull most of the force&#8217;s presence out of London following the move of Navy Europe&#8217;s headquarters to Naples in 2003-2004, Navy spokesman John Szakas said.

Since then, the clinic has seen its number of monthly patient visits drop from about 2,800 to just over 400, he said.

When the dust finally settles later this year, about 750 military members and their dependents and an estimated 200 retirees will be left in the London area, all relying heavily on the British healthcare system, Szakas said.

Under TGRO, servicemembers pick a private British doctor from an approved list that they can visit for everyday care without shelling out a penny, said Chief Hospital Corpsman Eduardo Deperalta.

&#8220;With TGRO there will be no claims to file, no co-pays to be made,&#8221; Deperalta said. If patients in the program need specialized treatment, such as surgery, they will choose from another TGRO list of doctors also covered by Tricare, he said.

Bingner is relieved that she won&#8217;t be just thrown into the general pool of English nationals using the National Health Service, the free public health system often maligned in the British press for staff cutbacks and ineffectiveness.

Still, clinic officials are urging people to register with the NHS as a backup in case their primary care doctor is unavailable, Deperalta said.

Not everyone&#8217;s experience is a horror story.

Ensign Eric Twerdahl, a Naval Academy graduate studying medicine at Oxford, said he was able to get an NHS appointment within hours of calling complaining of food poisoning.

Any American who has obtained residency in the United Kingdom &#8212; such as a retiree &#8212; or are covered under the U.S-U.K. status of forces agreement is eligible to enroll, Deperalta said.

For retirees and Department of Defense employees, however, the effects already are hitting home. This month, the clinic stopped taking dental appointments from its lowest-tier customers &#8212; &#8220;pay&#8221; patients, i.e. those not covered by Tricare.

Other services are next. On July 1, pay patients won&#8217;t be able to use the shrinking clinic at all, and on Aug. 1, retirees will be turned away before the clinic finally shuts down for good on Sept. 1.

The impact on London-based civilians and retirees is the most acute, administrators said, because they&#8217;ll no longer be able to get free, space-available appointments in the area.

Some, such as Navy retiree Ted Pinette, 63, plan to avoid joining the British system by choosing a Lakenheath doctor as his primary care physician. It will mean a lot more driving, Pinette said, but with the local commissary gone and given his reluctance to visit a British dentist, he plans on being in Lakenheath more often, he said.

But hospital officials said the closure of the London clinic shouldn&#8217;t create a higher demand on staff at Lakenheath. Instead, it should ease pressure because American patients will no longer be referred by the Navy clinic to the Air Force hospital, Deperalta said.

Navy personnel will, however, likely be diverted to RAF Upwood &#8212; a two-hour drive away &#8212; for routine procedures such as mandatory physicals, he said.