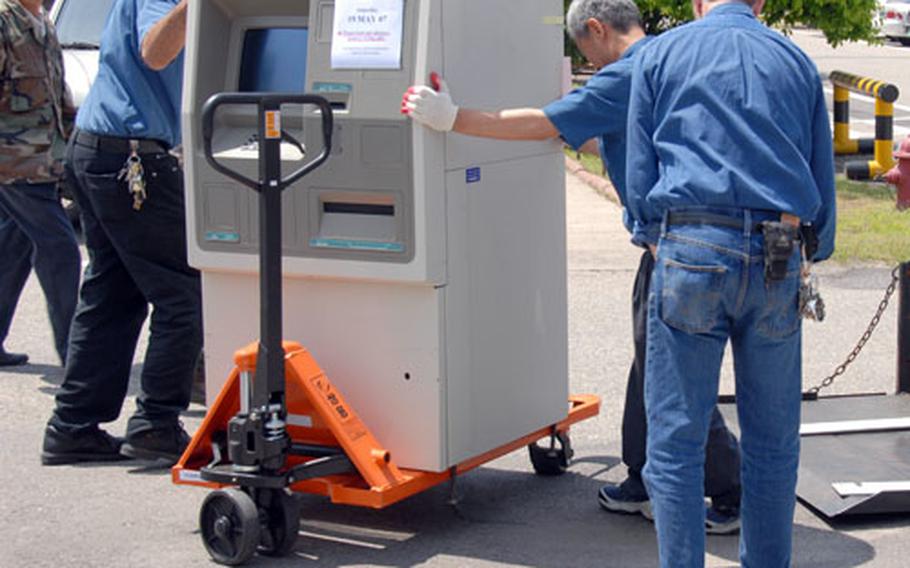 Workers remove equipment from the East Gate Club on the Army Corps of Engineers Far East District on Monday. The club was one of two in South Korea to close recently in the face of "marginal" profits and little use, military officials said. (Ashley Rowland / S&S)

SEOUL &#8212; Two aging nightclubs that have been on U.S. bases almost as long as the military has been in South Korea closed this month because they are losing money and serving few Americans, officials say.

The other club, the East Gate Club at Seoul&#8217;s U.S. Army Corps of Engineers Far East District Compound, lost $32,000 in the last fiscal year and $4,000 so far this fiscal year. That club closed last week.

Tillman Moses, Yongsan Garrison deputy commander, said officials decided to close the clubs because of high staffing costs, &#8220;marginal&#8221; profits, the fact that no soldiers or American civilian employees live at either post and the need for age-related repairs to both facilities.

The East Gate Club originally was located in Quonset huts at the FED Compound but had moved to a building constructed in 1951. The Camp Market Club was built in 1959.

The bases are staffed mostly by South Koreans and a small number of U.S. civilians. Approximately 20 U.S. employees work at Camp Market and 180 work at the FED Compound, Moses said.

Three of the four South Korean employees who work at the clubs are being given other jobs at Yongsan Garrison, and the fourth will work at nearby K-16 Air Base. Equipment from the clubs will be stored or sent to other clubs as needed.

When Paul Robinson moved to South Korea as a military police officer in 1956, soldiers traveled from bases north of Seoul to the East Gate Club.

About a dozen regulars gathered at the dimly-lit East Gate Club on Friday evening for a last round and a short ceremony thanking the bartenders. They remembered the club as a safe place where friends gathered for an hour or so after work.

&#8220;There were no voices raised, not a lick of trouble,&#8221; said Capt. Jeff Ward. He pointed to his wallet, cell phone and a few dollar bills, which he had left unattended on the bar as he walked out of the room.

Ken Pickler, an employee at the FED Compound who lobbied to keep the club open, said there had been talk of closing the club for years, but the club&#8217;s slot machines earned enough money to keep the club running.