Shopping season is slow on Guam in aftermath of typhoon 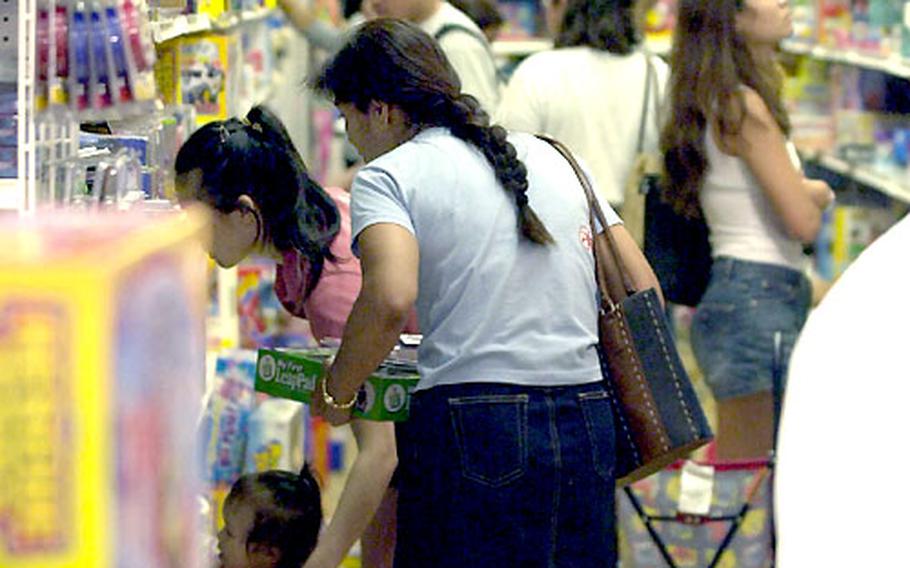 Even though Christmas shopping is slow, some stores, such as this K-B toys store in the Micronesian Mall in Guam, see business building. (Jason Carter / S&S)

Even though Christmas shopping is slow, some stores, such as this K-B toys store in the Micronesian Mall in Guam, see business building. (Jason Carter / S&S) 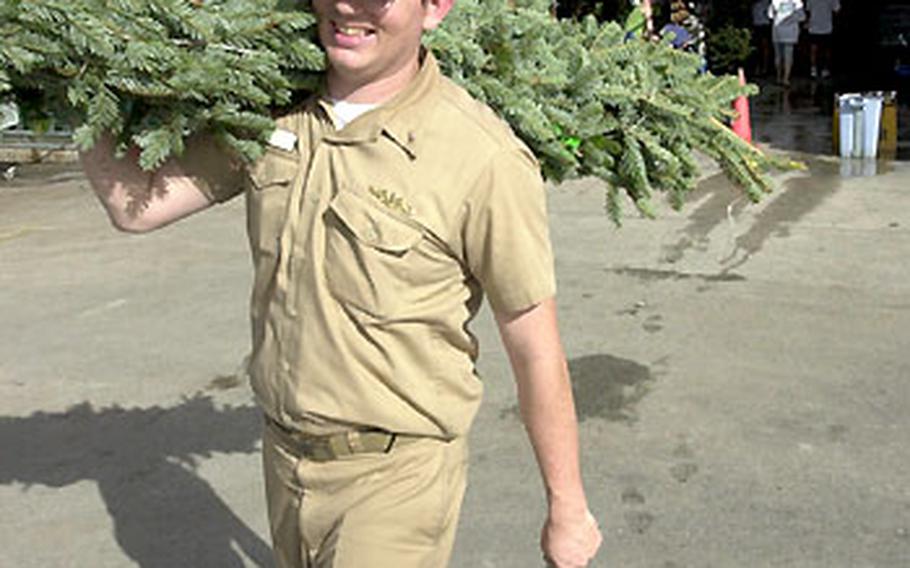 Inside the Micronesia Mall, Christmas lights blinked to &#8220;Feliz Navidad&#8221; and Santa Claus chatted up children. But the holiday spirit was elusive.

More shops and restaurants opened Monday on Guam, most powered by generators.

Reminders of the typhoon ate at the attempt at normalcy: The mall smelled like mildew, and lines at fast-food restaurants were almost out the door.

Guam resident Karin Schulz, 34, who walked the mall with her husband Monday, shook her head when asked if shopping put her in the Christmas spirit.

At K-B toys, customers were climbing over each other, but it was hardly a Christmas rush.

Merchants, meanwhile, are trying to salvage what&#8217;s left of the holiday shopping season but said they know it will be difficult.

Shoppers poured into Big Kmart on Monday afternoon, but the aisles stacked neatly with tree decorations and wrapping paper stayed empty. Bath towels on sale for $1.99 drew a mob, however, and generators for $749 sold out.

The store sustained water damage and lost some of its building facade as well as light poles and signs. Fishell said store officials still are calculating losses.

Some stores are suffering a double whammy. Many tourists canceled Guam vacations because of the typhoon.

The store made two sales Monday; on a typical day before Christmas, Lee rings up 500 or 600 purchases, she said.

The typhoon slowed down Christmas tree sales, Bautista said, even though prices were slashed from $55 to $9.

Lt. Daniel Gorman, a sailor aboard the submarine USS City of Corpus Christi, bought a tree for his fiance&#233;, who is flying in from Australia.