Shopping for bargains ... and for the therapy 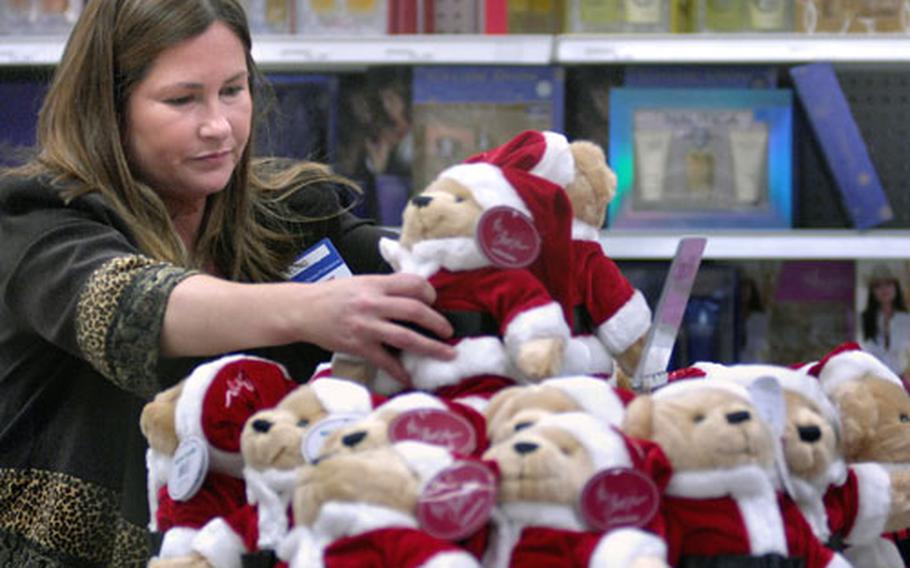 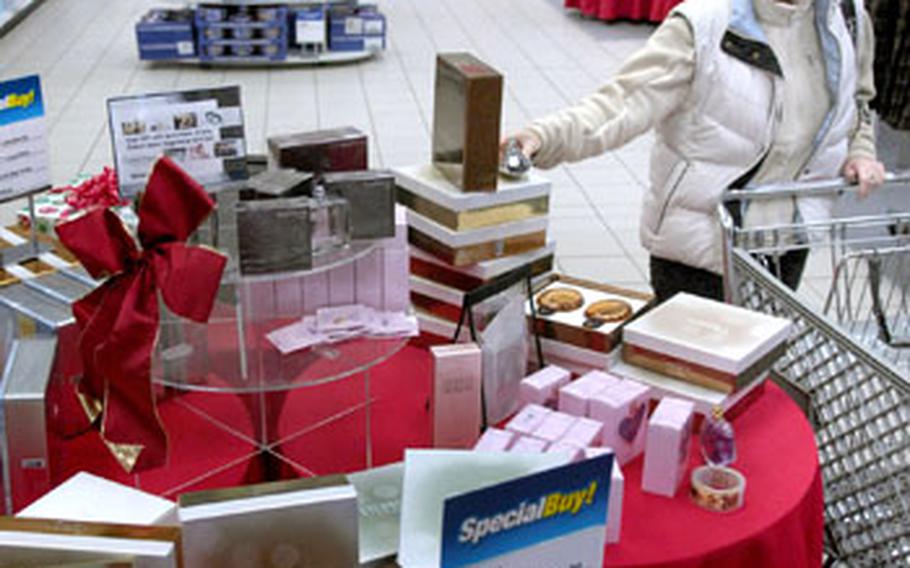 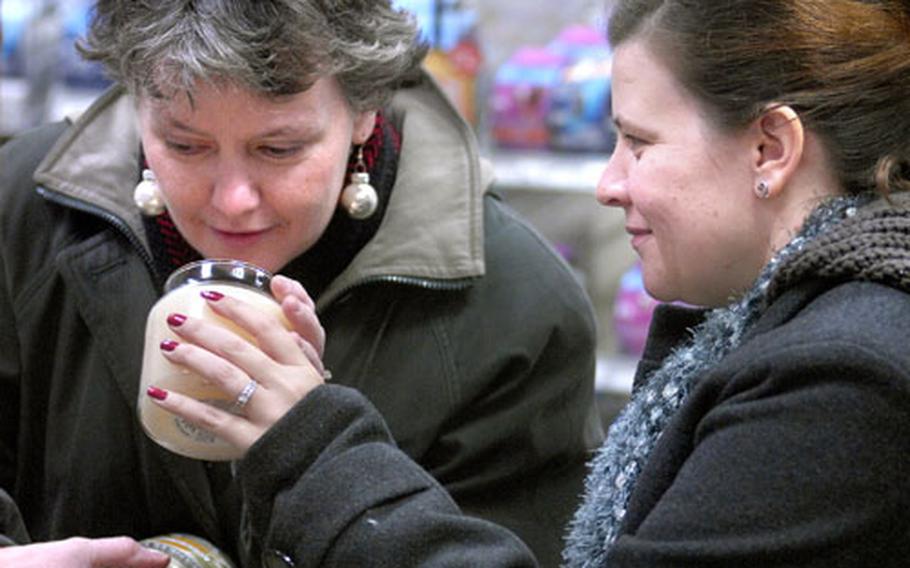 Paula Dorrell, left, and Jennifer Barry check out the aroma of a candle during a post-Christmas shopping trip at the Wiesbaden, Germany, PX on Wednesday. (Ben Bloker / S&S)

WIESBADEN, Germany &#8212; Like most shoppers who ventured out Wednesday, Paula Dorrell was looking for post-holiday bargains.

She found a few good deals on Christmas cards and wrapping paper at the post exchange in Wiesbaden. But Dorrell, whose husband is deployed, also discovered something much more profound.

As she checked out the sales with the wife of another deployed soldier, she reflected on her first Christmas away from her husband of 31 years.

&#8220;To me, it&#8217;s been special to realize that I can do this by myself,&#8221; said Dorrell, who decorated her house for the holidays, trimmed a tree and even waited until Christmas morning to open gifts.

While going to church and spending time with friends also helped cheer her up, getting in a little retail therapy at the PX didn&#8217;t hurt either, she said.

Although the post-Christmas deals at the exchanges paled in comparison to the day-after-Thanksgiving sales extravaganza, some shoppers were able to find worthwhile discounts.

Wiesbaden residents Kristine Ballesta and her future brother-in-law, Rudolph Rodolfo, stocked up on chocolates and boxed cologne gift sets for relatives in the Philippines they plan to visit soon.

Others were less than impressed.

At the Navy Exchange in Naples, Italy, &#8220;there was a lot of stuff on sale, but the prices didn&#8217;t seem that great,&#8221; said Senior Chief Petty Officer Kathy Knight, who works at the Naval Support Activity Souda Bay Security Department.

Nikesha Jackson, a civilian employee with U.S. Africa Command, bought supplies at the Stuttgart, Germany, PX but said she turns to the Internet for the best deals.