Shooting for an ’08 deployment 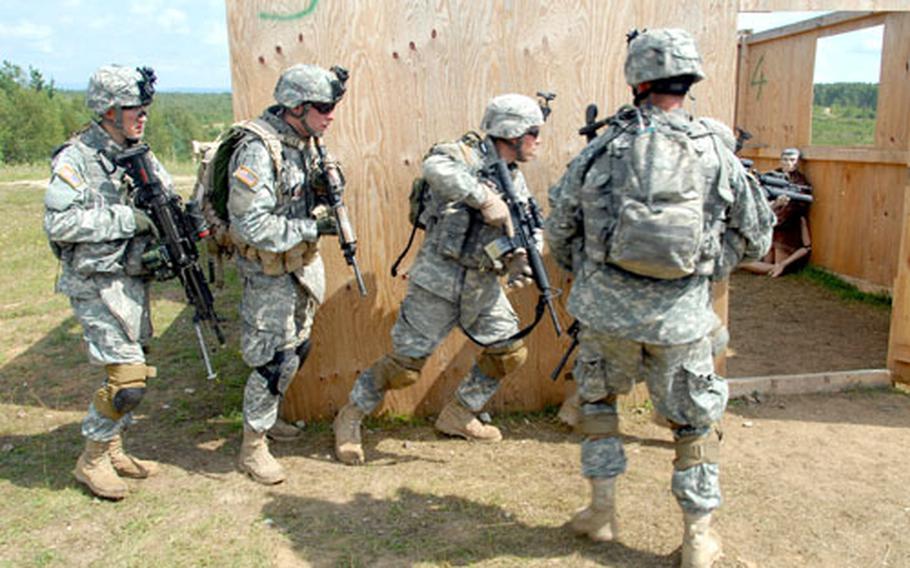 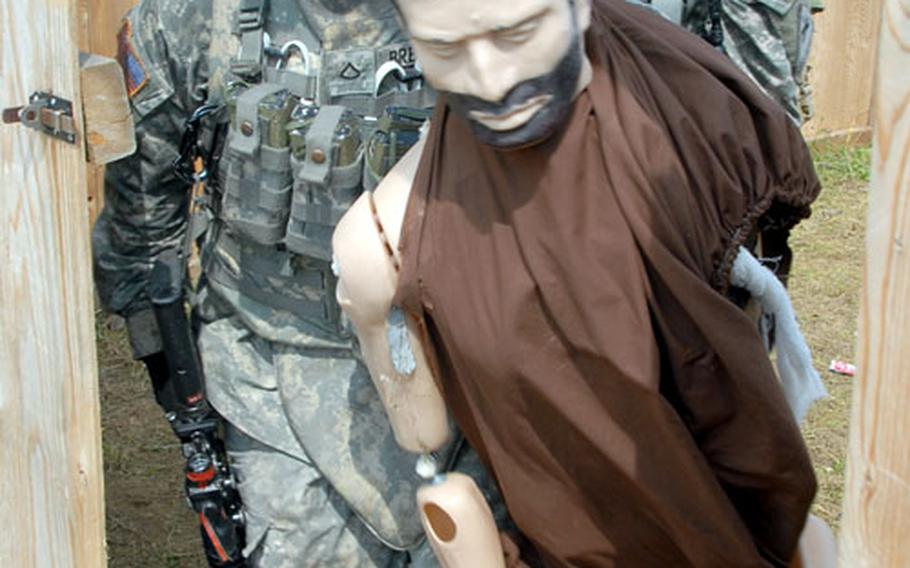 Soldiers from the 1st Battalion, 6th Infantry Regiment watch for trouble near the site of a mock improvised explosive device attack during training at Grafenwöhr. (Seth Robson / S&S) 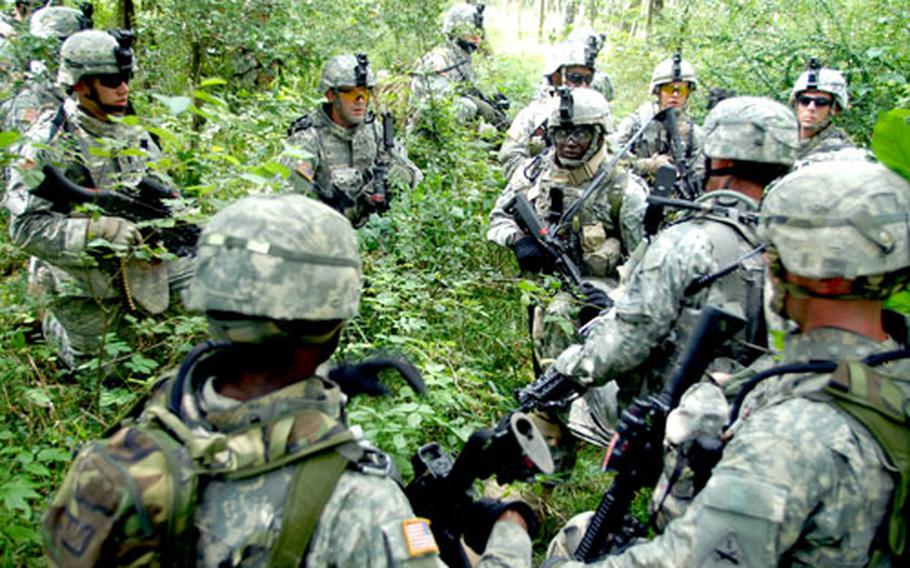 GRAFENW&#214;HR, Germany &#8212; Boots are crunching, engines are revving and bullets are flying down ranges here as thousands of 2nd Brigade, 1st Armored Division troops hone gunnery skills in preparation for their deployment to Iraq.

The Baumholder-based unit has been at Grafenw&#246;hr Training Area for the past three weeks preparing for a mission that was to have started late this year but was recently pushed back until March.

Lt. Col. Brian Eifler, 39, of Farmington Hills, Mich., commander of the 1-6, said platoons had already done a force-on-force version of the exercise that involved role players acting as civilians on the battlefield, Iraqi soldiers and insurgents.

The live-fire version of the training used pop-up targets and mannequins, he said.

The 1-6 platoons took turns acting as a quick reaction force, responding to a mock bombing attack on the Iraqi army, reacting to incoming fire from insurgents and then rushing to a &#8220;time-sensitive target&#8221; to arrest a high-value suspect, Eifler said.

Some of the pop-up targets used in the training represented civilians, he added.

When 1st Platoon, Company A, 1-6 did the exercise, soldiers cleared a collection of plywood buildings while Bradleys rained machine-gun fire on infantry targets as close as 30 meters away and blasted vehicle targets with their 25 mm main guns.

Inside the buildings, the soldiers had to quickly determine if the mannequins inside represented a threat and deal with them accordingly. Leaders were testing soldiers&#8217; ability to deal with detainees, treat a casualty and collect weapons found in the buildings, Eifler said.

First Lt. Justin Lynes, 28, of Seattle, leader of the 3rd Platoon, said the training helps new soldiers get used to close combat with their M-4 rifles.

The battalion recently received 200 new M-4s as replacements for older M-16s. Eifler said only designated marksmen in the unit now carry the M-16.

Pfc. Christopher Doktor, 23, of Peoria, Ill., with the 3rd Platoon, said he has not fired an M-16 since basic training.

&#8220;It (the M-4) is a lot more adaptable for the type of warfare we are fighting in close combat conditions. The shorter barrel and collapsible stock make it better for clearing houses,&#8221; he said.

Eifler said the delay in his unit&#8217;s deployment will give soldiers more time to train for the mission.

The 2nd Brigade will be back at Grafenw&#246;hr and Hohenfels in October for a mission rehearsal exercise and 1-6 is planning more live-fire gunnery in December, he said.