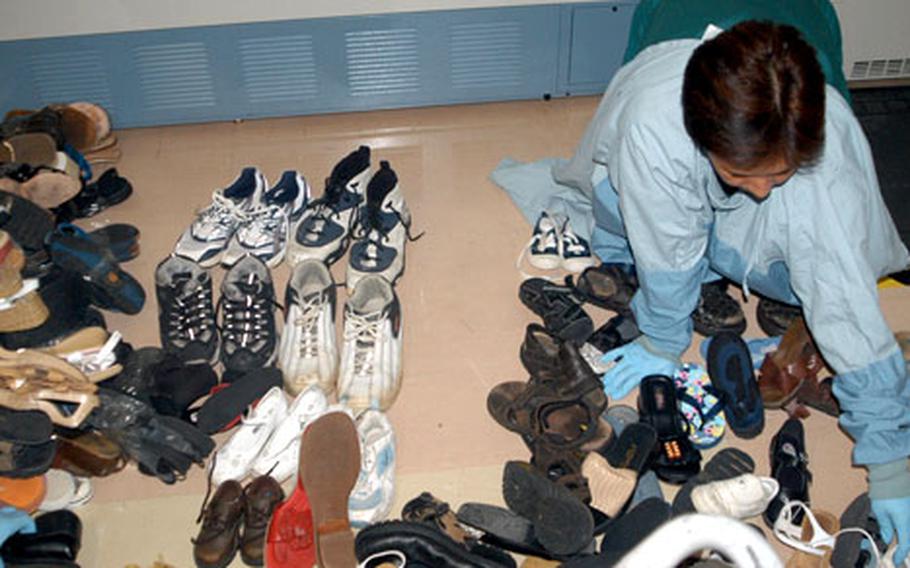 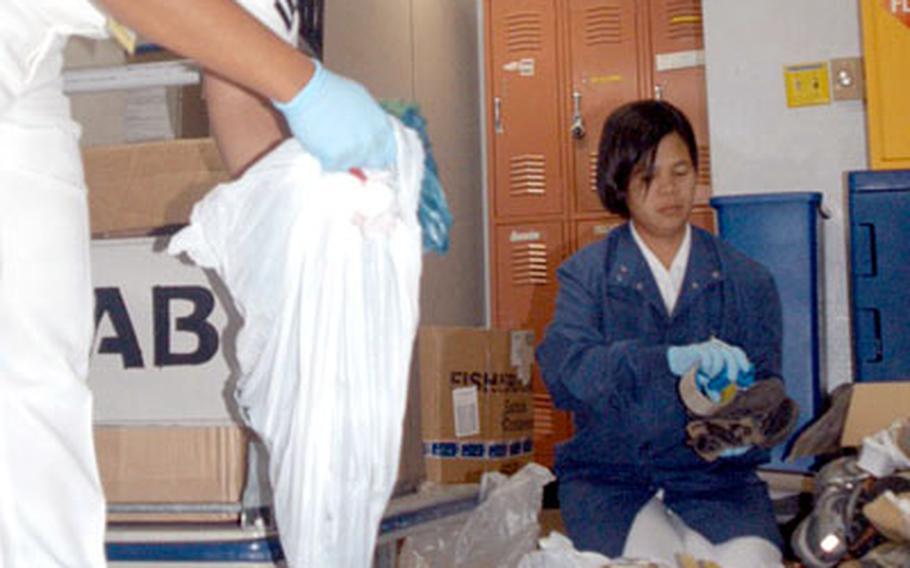 CAMP LESTER, Okinawa &#8212; One soldier in Iraq has proved that one simple e-mail calling out for help can make a big difference.

Army Sgt. Addie Collins, who works for American Forces Network, sent a message asking her family not to send her care packages. Instead, she asked, send packages of used and new shoes for children in Iraq.

That message has been forwarded not only throughout the United States but also to Okinawa, where staff members at the U.S. Naval Hospital rallied for the cause.

The e-mail has netted Collins more than 10,000 pairs of shoes for the Kicks for Kids program, she said in a phone interview Tuesday. Almost 900 of those came from the hospital here.

The reaction was immediate.

The group initially planned to hold the drive for one month, but they continued it for two and a half months; the last of the shoes were mailed to Collins on Wednesday. In all, 866 pairs of shoes &#8212; from sandals to hiking boots &#8212; in 22 boxes were sent.

Salas said not only hospital staffers, but also patients and staff members of the various branch medical clinics donated.

Collins said the 10,000-plus pairs of shoes for both children and adults currently are sitting in a storage area. She said she had scheduled several trips to distribute them in Iraqi communities, but each time the trip was canceled due to security concerns. Collins said she hopes to make her first trip this weekend.

The idea for the program came to her when she was about to throw out an old pair of running shoes, she said. She&#8217;d noticed that many Iraqis&#8217; shoes were in poor condition at best, so she decided to give her old shoes to an Iraqi man who cleans trailers where she lives. After that, she sent the e-mail that started the shoe drive.

She&#8217;s received boxes of shoes from all over, including Duke University, churches from throughout the States and even the &#8220;Today&#8221; show.

Collins, a reservist, is to leave Iraq next month but said she hopes the program will continue and she can help run it from the States. She said she also would like to expand the program to other countries where U.S. troops are deployed.