Ships stop at Rota on way home from Liberia 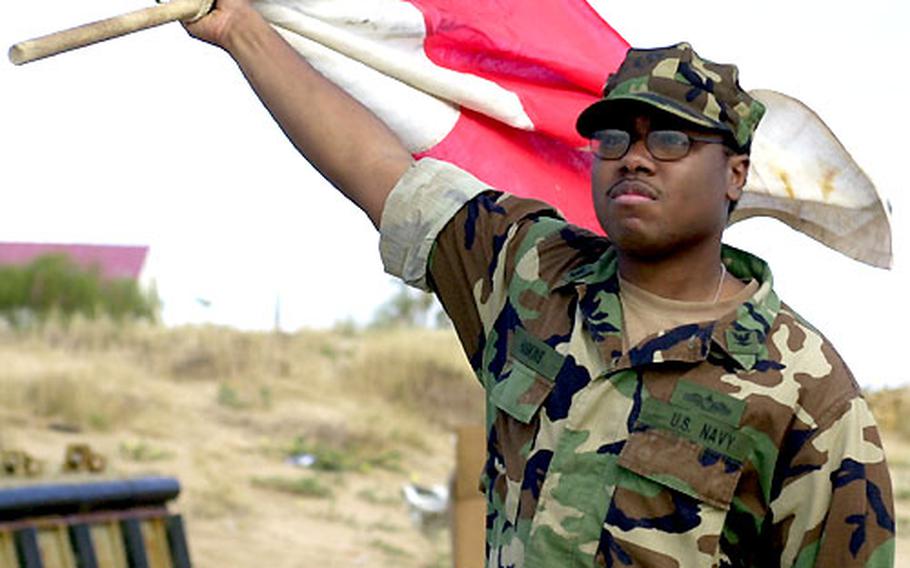 Navy Petty Officer 3rd Class Michael Haskins helps guide a landing craft through the harbor at Naval Station Rota, Spain on Wednesday. The USS Carter Hall and the USS Nashville are in Rota before heading home after an 8-month deployment. (Scott Schonauer / S&S)

Navy Petty Officer 3rd Class Michael Haskins helps guide a landing craft through the harbor at Naval Station Rota, Spain on Wednesday. The USS Carter Hall and the USS Nashville are in Rota before heading home after an 8-month deployment. (Scott Schonauer / S&S) 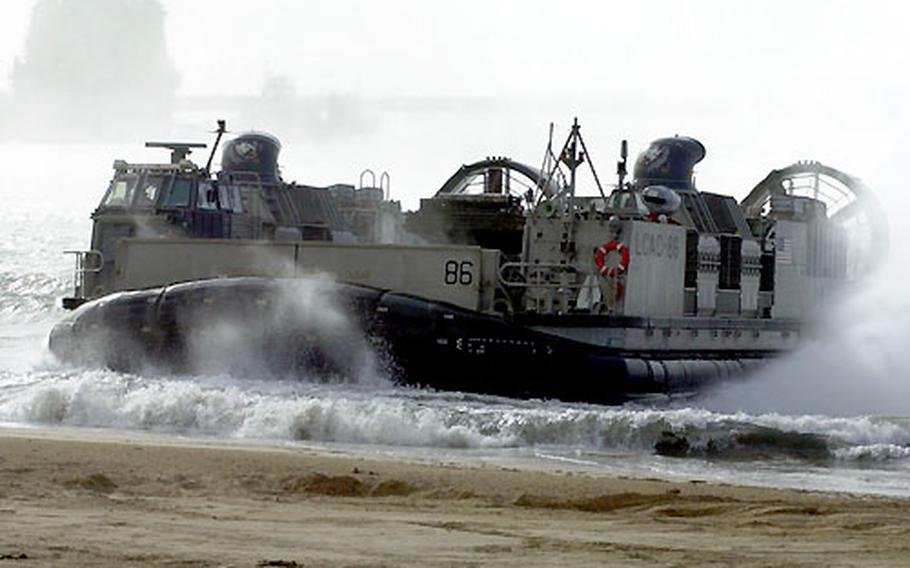 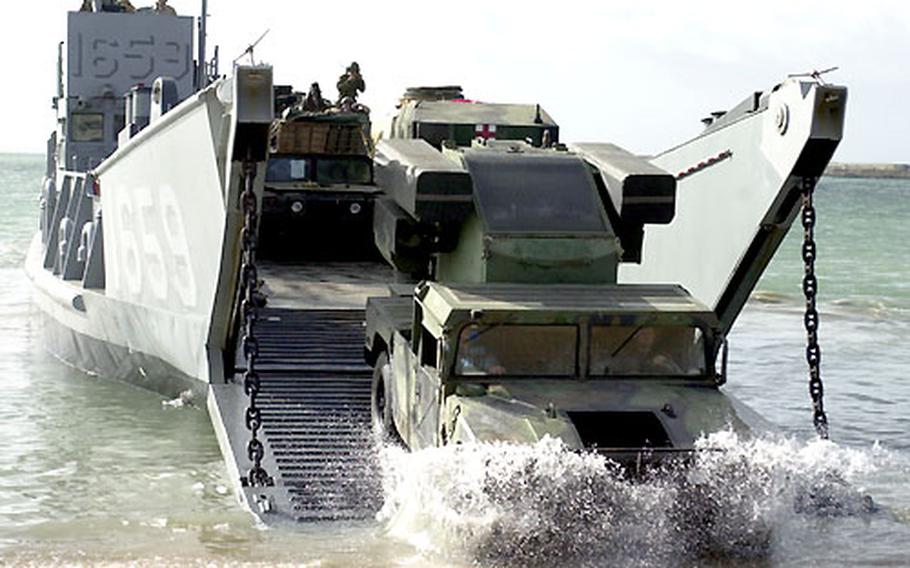 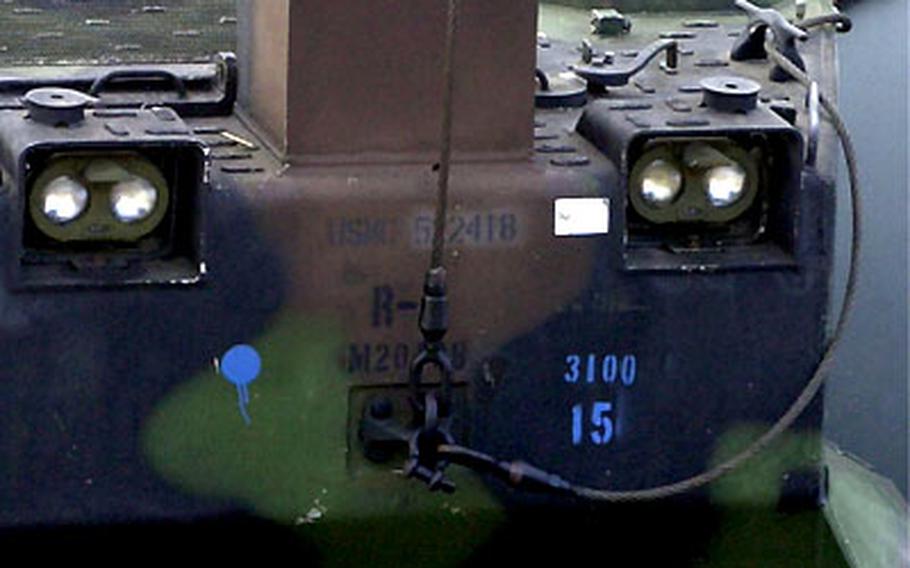 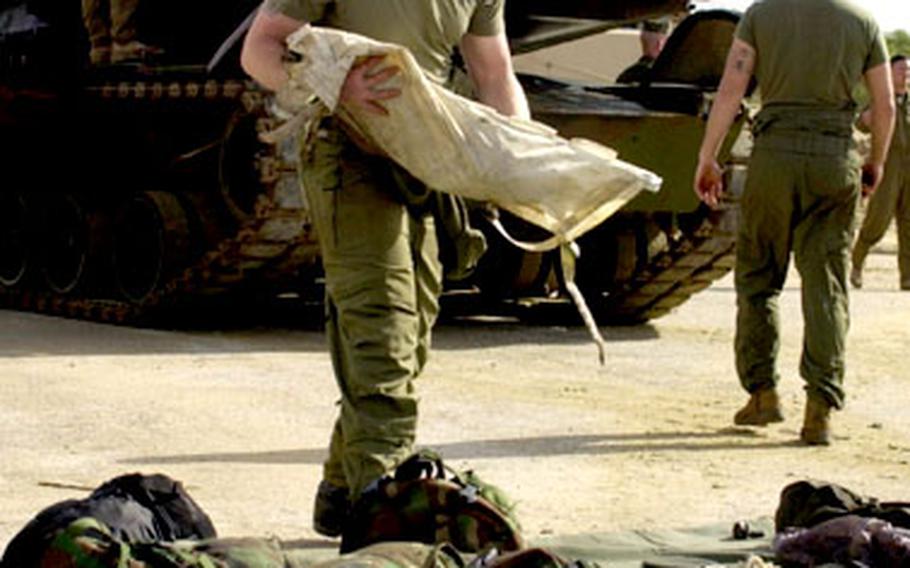 NAVAL STATION ROTA, Spain &#8212; Two U.S. warships that participated in a peacekeeping mission in Liberia pulled into Rota for a pit stop on Wednesday before heading home.

The USS Carter Hall and the USS Nashville, both part of an amphibious ready group, are in southern Spain for three to four days so the 1,500 sailors and Marines aboard the ships can fix equipment, clean vehicles and get some rest and relaxation.

The Marines and sailors are near the end of what will be an eight-month deployment to the Middle East and Africa.

Many are counting the days until the moment they are reunited with friends and family in the United States. Both ships are home ported in Virginia.

The Carter Hall and Nashville left Liberia last weekend after the Pentagon diverted the ships to the region to help provide stability in the West African country. The amphibious assault ship USS Iwo Jima will be the final ship to leave Liberian coast and is expected to reach Rota sometime next week, Navy officials said.

This past summer, African leaders had pressed the U.S. to send troops to Liberia to help with an international peacekeeping force. The White House debated sending troops for several weeks before sending the three ships to the coast of Liberia in August.

Although more than a thousand American troops were initially requested, fewer than 300 Marines went ashore. Fifty-five Marines from Naval Station Rota will remain in Monrovia to boost security at the U.S. Embassy.

Redder, a combat engineer, helped build guard shacks and bunkers in Liberia, which is recuperating from civil war and years of political turmoil.

Some Marines from the Camp Lejeune, N.C.-based 26th Marine Expeditionary Unit arrived in Liberia this summer after fighting in Iraq in April.

Staff Sgt. Richard Pillsbury, 35, and Cpl. Eric Reis, 19, were part of a group of Marines flown to Mosul in northern Iraq for a mission in mid April. Hours after they arrived, they were shot at.

Pillsbury, who has seen combat in Persian Gulf War I, said they were involved in an hour-long firefight but his unit did not take any casualties.