Shipment of body armor vests on its way to Kuwait, Iraq-bound troops 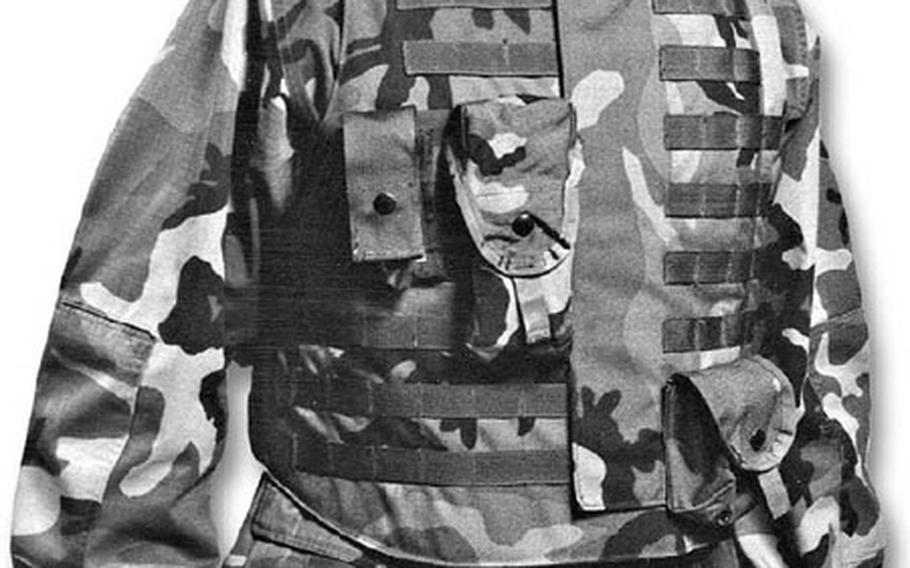 ARLINGTON, Va. &#8212; Working full-tilt, nine contractors have finished crafting 160,000 Interceptor body armor vests, and the equipment is now en route to units preparing to deploy to Iraq and a central distribution point in Kuwait, according to Army officials.

This month&#8217;s production run of the Interceptor tactical vests fulfills a promise to Congress by Army officials, who said that by January the service would have enough of the vests to outfit every soldier deployed to Iraq, according to Army spokesman Maj. Gary Tallman.

&#8220;Congress has been notified that the requirement has been met,&#8221; Tallman said Friday.

Interceptor vests are the Army&#8217;s best body armor. The $1,585 items are composed of layered sheets of Kevlar, with pockets in front and back for ceramic plates that protect vital organs. The vests are highly effective against ammunition and shrapnel. Soldiers wearing the vests in Iraq have been shot at point-blank range with AK-47s and lived to tell about it.

As units assigned to Iraq&#8217;s first rotation make their way home through Kuwait, they will turn in their assigned vests to a central collection point at Kuwait&#8217;s Camp Victory, Tallman said.

Those vests will be checked out and reissued to Operation Iraqi Freedom 2 personnel who are staging in Kuwait.

Other units will get their vests before stepping off American soil, Tallman said.

&#8220;Deploying units for OIF2 will be issued [the vests] either here [in the United States], or in theater before they enter Iraq,&#8221; Tallman said.

Ohio State Sen. Marc Dann, a Democrat from the state&#8217;s 32nd district, introduced a bill in the Ohio Senate last week that would set aside $500,000 to buy body armor for Ohio National Guardsmen who are deployed or deploying to Iraq.

In a Monday telephone interview, Dann said that he became concerned after being approached by the mother of a soldier with the 216th Engineering Battalion, one of nine Ohio Guard units slated to deploy to Iraq in March.

The mother said she was considering buying a vest for her son because she was not confident the Army would provide one, Dann said. He promised to look into the matter.

After days of intense staff work produced no such assurances, Dann and another state senator, Toledo Democrat Theresa Fedor, met to discuss the matter with Air Force Maj. Gen. John Smith, adjutant general for the Ohio National Guard, and senior members of his staff.

Tallman said he was not specifically aware of Dann&#8217;s legislation, but said it was unnecessary.

&#8220;The Army will ensure that all soldiers in OIF2, regardless of [active or Reserve status], will have [Interceptor vests] before they deploy to Iraq,&#8221; Tallman said.

Moreover, the Army is discouraging families or other donors from purchasing body armor that the Army has not tested, certified or approved, Tallman said.

&#8220;It is not recommended that units accept public donations or individually purchased body armor,&#8221; Tallman said. &#8220;The Army cannot attest for the effectiveness of body armor not procured through an approved Army contract, and validated by tests.&#8221;

Dann plans to hold a hearing on the vest issue Wednesday.