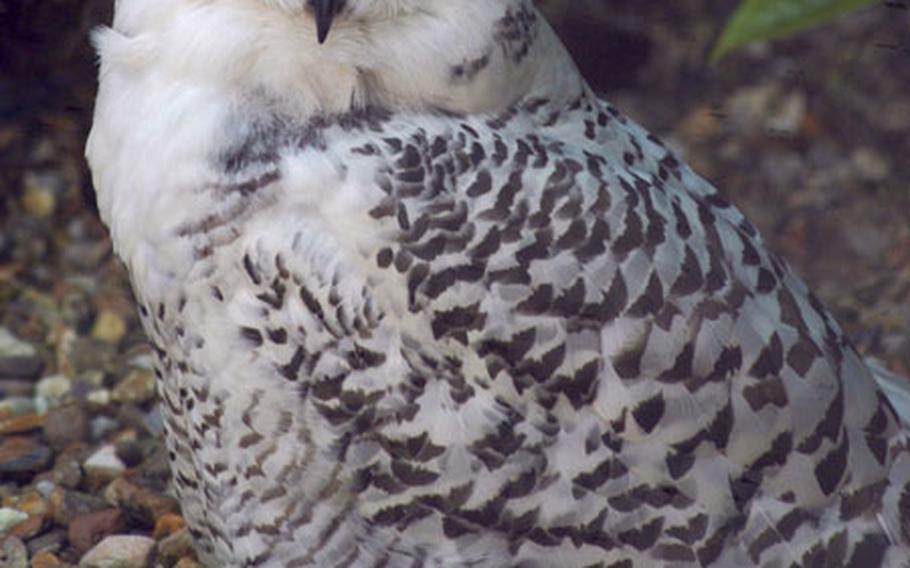 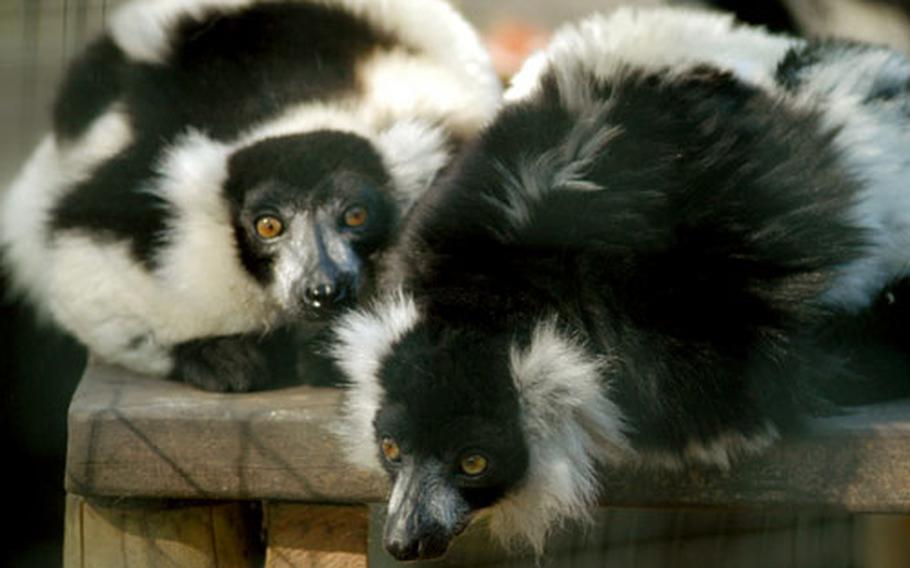 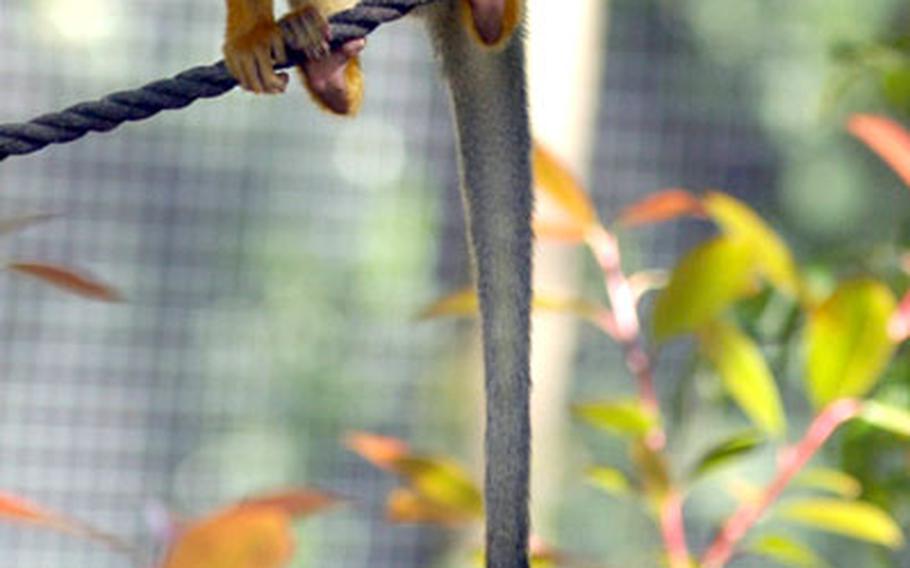 A squirrel monkey munches on some food while balancing on a rope inside its enclosure. (Sean Kimmons / S&S) 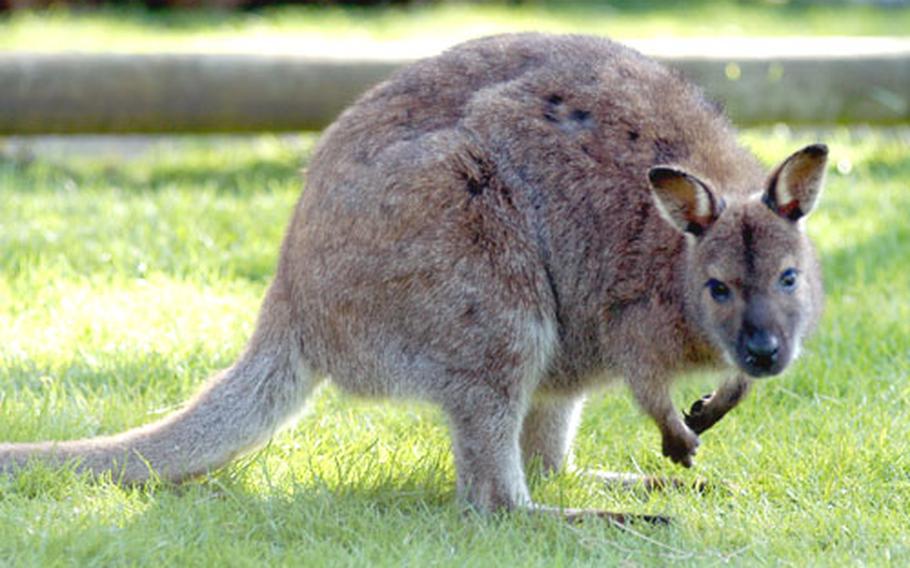 A red-necked wallaby walks inside its enclosure. (Sean Kimmons / S&S) 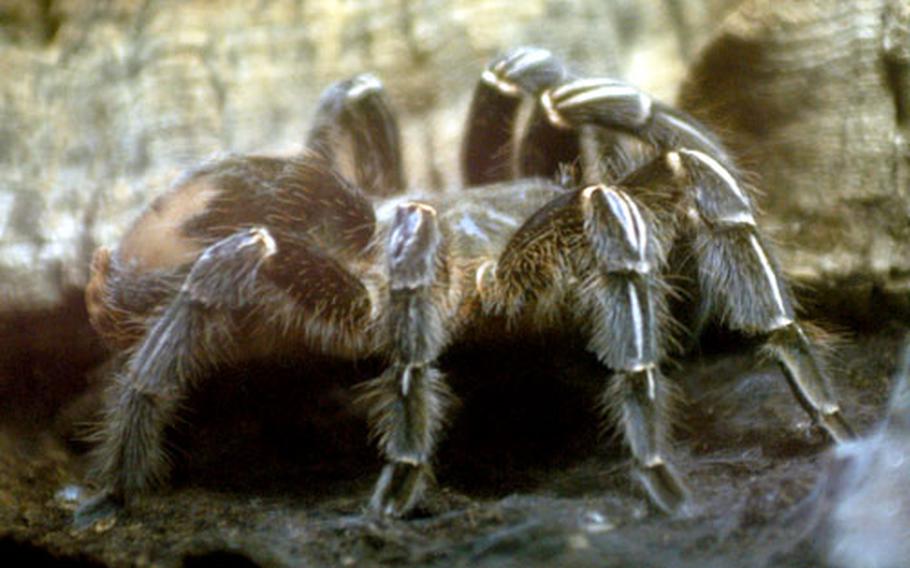 Inside the park&rsquo;s humid Bug City venue, Boris &mdash; one of the world&rsquo;s largest species of spiders &mdash; hid under some cover and showed only his abdomen, which was larger than a golf ball.

Other creepy crawlers such as a hairy Chilean rose spider, Mexican red-knee spider and a jumping Zebra spider imitated Boris, and kept still in the dimly-lit exhibit, camouflaged in their surroundings.

Near the spiders in Bug City, leaf-cutter ants labored away as large millipedes and hissing cockroaches lounged around. A black imperial scorpion glowed bright green when a visitor pushed a button that switched on a UV light in its tank.

Even though many of the insects are stored in closed containers, one can&rsquo;t help but check his clothes when leaving Bug City, in case one of the creepy crawlers caught a ride out.

For a more furry and cuddly experience while at the park, visitors can head to the main part of the park, where the animals live.

As a group of visitors approached the Birds of Prey section, a snowy owl awakened from an afternoon nap and stared. Nearby, a long-nosed coati fed on some vegetables in its living area.

A few kids tried their best to get the attention of Ginger and Nutmeg, two capybaras who were basking in the sun. Capybaras come from South America and are the largest rodents in the world, a nearby sign stated.

Toward the far end of the park, a hungry pony stretched out to a visitor carrying some chow bought at the main entrance of the park.

In an area past the huge Bengal tigers, small squirrel monkeys climbed along ropes and trees to eat their grub above ground. A couple of grey wolves could be seen in an exhibit past the monkeys.

Nervous black and white lemurs carefully eyed visitors as they walked past their cage, which is close to the park&rsquo;s adventure playground area, where children are free to run loose.

On its hind legs, a red-necked wallaby greeted visitors headed back to the main entrance.

Throughout the park, movie memorabilia mingled with the animals, including a colorful ceramic crocodile shown in the movie &ldquo;Finding Neverland,&rdquo; and one of the large fake bugs featured in the banquet scene of &ldquo;Indiana Jones and the Temple of Doom.&rdquo;

The Shepreth Wildlife Park may not be huge compared with other zoos in England, but still offers up variety in its animal, fish and insect collections.

Also, where else in East Anglia can you hand-feed a mirror carp fish and meet two wild wolves up close?

Admission to Shepreth Wildlife Park is 7.50 pounds for adults, 5.50 pounds for children. Children younger than two are admitted for free. For more information, go to www.sheprethwildlifepark.co.uk.