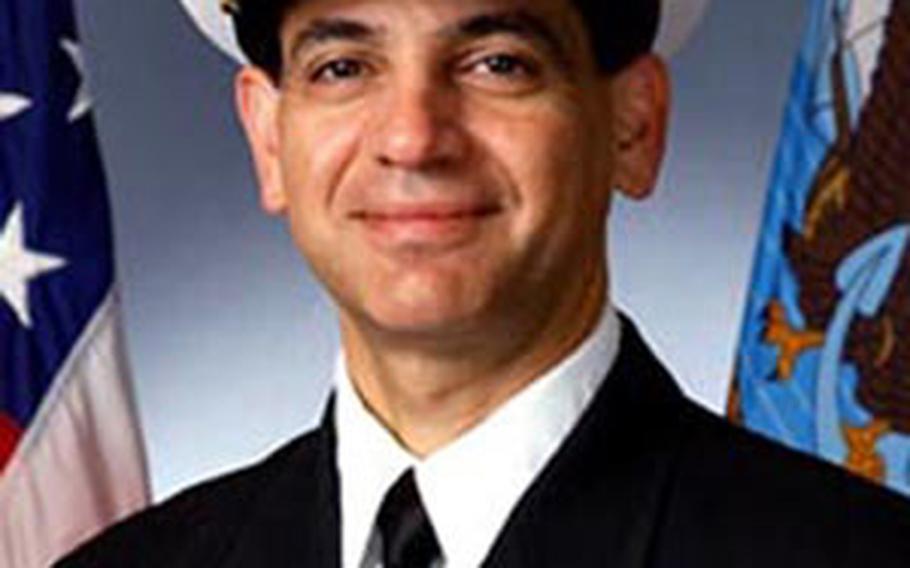 During Capt. J.R. Haley&#8217;s 19-month tour as commanding officer of the USS La Salle, the Gaeta, Italy-based ship experienced everything from construction work to combat operations.

Haley will turn over command of the La Salle, which also serves as the U.S. 6th Fleet flagship, to Capt. Herman Shelanski on Thursday afternoon.

As the 6th Fleet flagship, the La Salle had traditionally served a mainly diplomatic function.

After Haley took command on June 22, 2002, the La Salle and the embarked fleet staff took on a more active role in fleet operations, coordinating and conducting maritime interdiction operations against suspected terrorist shipping in the Mediterranean.

Early last year, the La Salle deployed for 56 straight days in support of Operation Iraqi Freedom, where the ship&#8217;s enhanced communications facilities helped 6th Fleet staff members plan and track moves of Military Sealift Command ships to the Middle East, and coordinate aircraft sorties for two Mediterranean-based aircraft carriers and the launch of Tomahawk missiles against Iraq from ships in the region.

Within a few months of its return, the ship steamed to Malta, where it underwent nearly three months of upgrades and repairs.