Sheiks turn to radio to get their message across 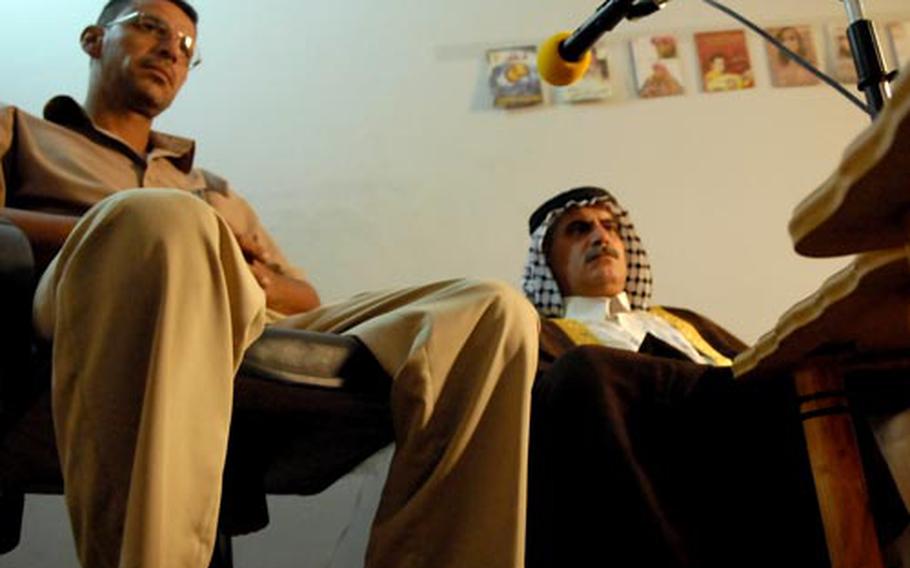 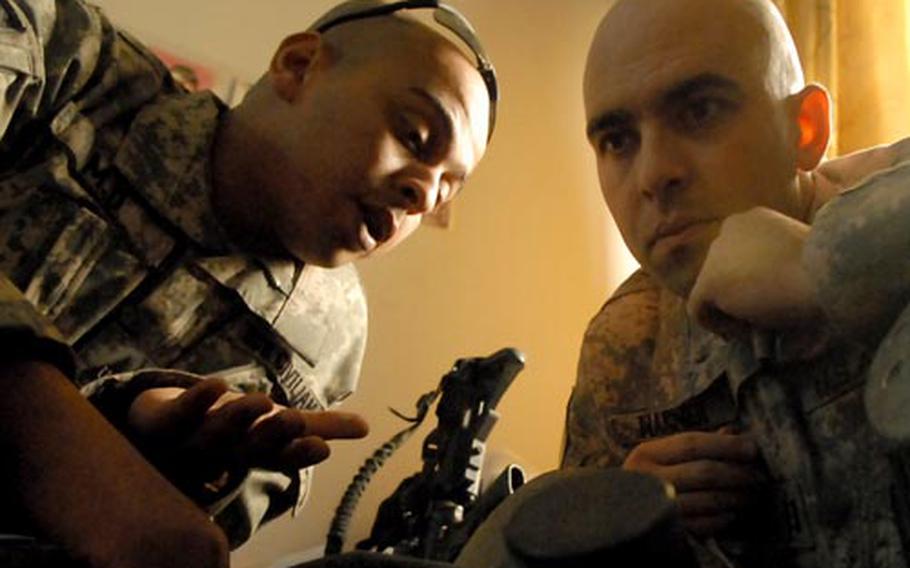 Pirated music CDs line the walls &#8212; mostly Arabic music, accompanied by a few American soundtracks. There&#8217;s a sound board and a pair of computers on a small desk. Above the equipment, a sticker reads "107.1 Mada&#8217;in Voice." Soft music comes on a nearby stereo with a soothing Arabic voice. The sheiks adjust the microphone and get ready.

With security in the Mada&#8217;in region largely under control, coalition forces are now fighting an information battle to win over a population still frustrated by slow progress in the area.

Water is a perennial problem. Power has dropped off in many neighborhoods. Electricity cuts out twice while the sheiks are on air, as if to underscore the point. Wild rumors fly through the communities to explain these difficulties, and many of them blame American forces and their Iraqi allies.

The two sheiks are on the radio to dispel those types of rumors, said Capt. Russ Wagner, commander of Company B, 1st Battalion, 6th Infantry Regiment. Although both are strong coalition partners, their position as tribal leaders, separate from the established government, could give them cachet American officers wouldn&#8217;t have with disgruntled Iraqis.

The questions start off generally enough. Matham Saheb, the radio station manager, asks Jabouri and Koreshi to talk a little about what they&#8217;re doing in their areas, Zahara and Warhiyah respectively. They discuss two new bridges and how they&#8217;re helping families returning home after fleeing heavy fighting earlier in the war.

Saheb then moves to more specific questions, although they&#8217;re still mostly slanted in favor of the coalition. This is an Iraqi government radio station, after all, and some "Mada&#8217;in Voice" employees actually fall under the American brigade information officer for the area.

"What do you think about the outlaws when they attack your checkpoints?" Saheb asks. "How can you cooperate with the Iraqi National Police and Iraqi police? Is it a good thing or bad thing?"

Wagner sits hunched in a nearby corner with his interpreter whispering a translation into his ear. He wants to ensure the sheiks make the right points without speculating about problems beyond their expertise.

He need not have worried. The men stick right down the center of the coalition&#8217;s party line.

Jabouri, in particular, echoes the prevailing American opinion that it&#8217;s time coalition forces scale back their assistance and force the Iraqi government to take over.

Wagner is thrilled to hear the sheik say that without prompting.

"We say thank you, too, for letting us come and speak in the media," Jabouri answers.

The sheiks then get up and leave, pleased to have their message out.