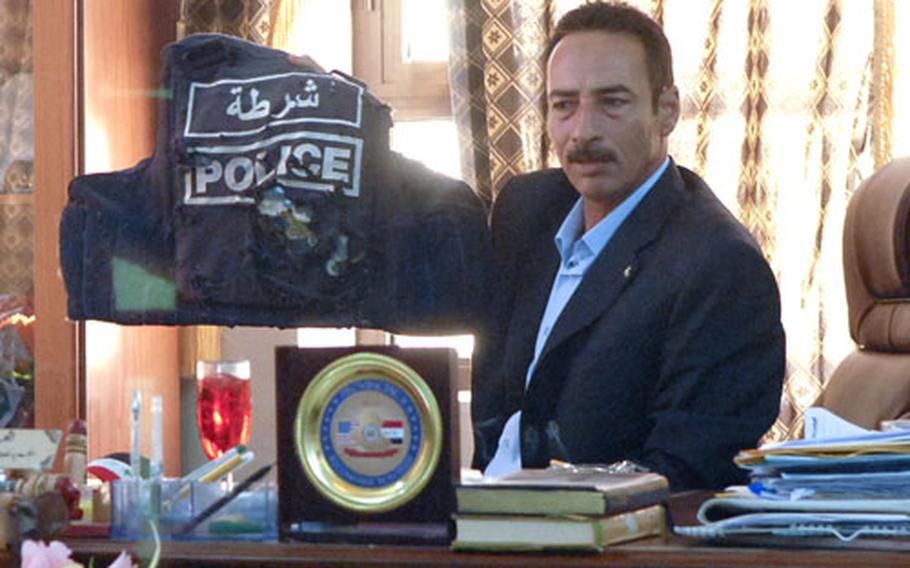 Tal Afar Mayor Najim Abdullah Al Jabouri holds up a bullet-riddled ballistic vest that he wore when he first came to the city three years ago. Al Jabouri is proud of staying with Tal Afar through its roughest fighting and looks down on those who he thinks can’t control the violence in neighboring Mosul. (James Warden / S&S)

Tal Afar Mayor Najim Abdullah Al Jabouri holds up a bullet-riddled ballistic vest that he wore when he first came to the city three years ago. Al Jabouri is proud of staying with Tal Afar through its roughest fighting and looks down on those who he thinks can’t control the violence in neighboring Mosul. (James Warden / S&S) 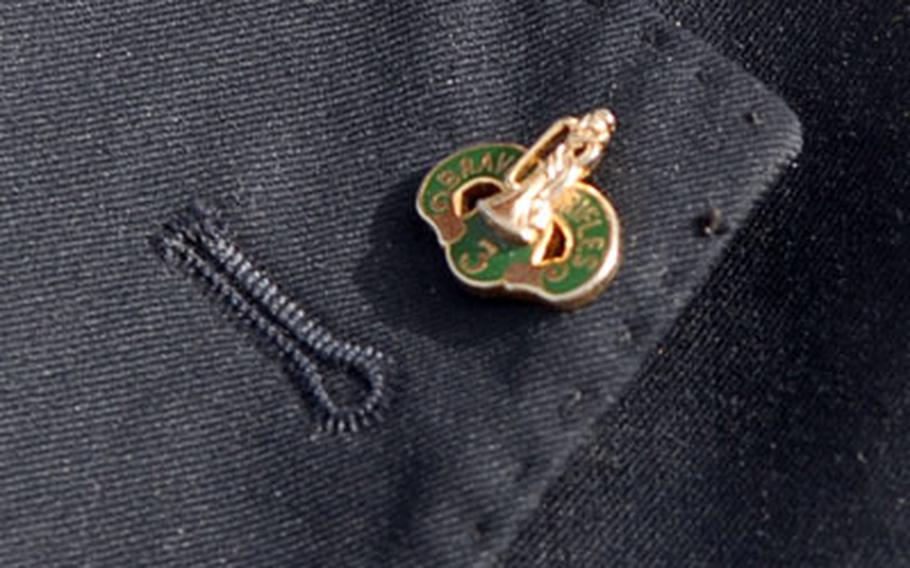 A pin with the insignia of the 3rd Armored Cavalry Regiment is tacked to the lapel of Najim Abdullah Al Jabouri. The Tal Afar mayor has had an special liking for the unit ever since they cleared his city during vicious fighting in 2005. He even returned to the states to speak with soldiers at their permanent duty station. (James Warden / S&S) 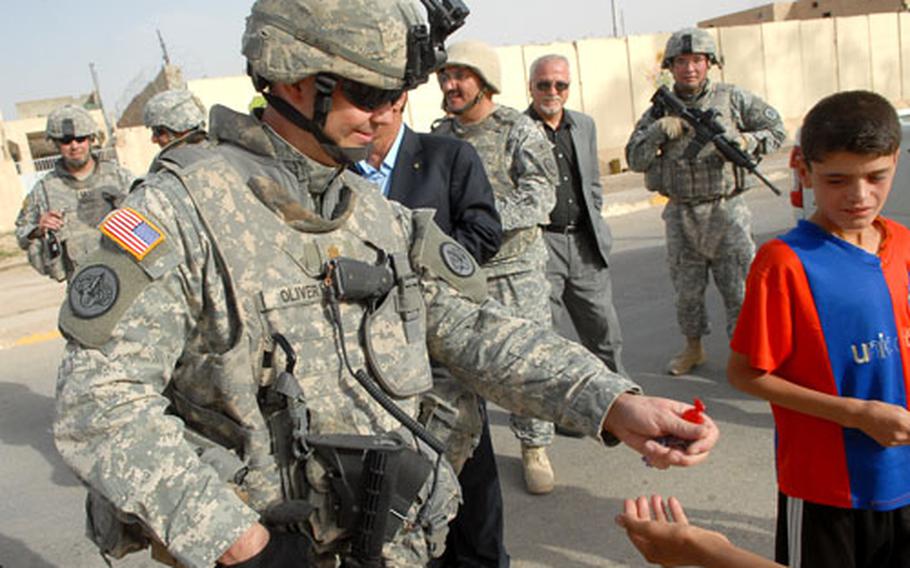 Maj. John Oliver, who is temporarily in charge of the 3rd Armored Cavalry Regiment units around Tal Afar, hands out candy to children while patrolling the city Tuesday. (James Warden / S&S)

TAL AFAR, Iraq &#8212; The assassinations of two Tal Afar sheiks on Monday has prompted some of the city&#8217;s leaders to question the Iraqi army&#8217;s progress in Mosul, where the two men were killed.

Tal Afar Mayor Najim Abdullah Al Jabouri said Tuesday that the killings show insurgents are still strong in Mosul despite a major operation the government launched in May that has caused the number of attacks to plummet.

The two men were shot to death Monday while they were returning to Tal Afar from a meeting in Mosul. Other details on the circumstances are not yet clear, said Capt. Daniel Bolton, a company commander responsible for the Tal Afar area.

Both sheiks had played a large part in Tal Afar&#8217;s reconciliation movement.

Tal Afar, which sits about 30 miles west of Mosul, has been quieter than its larger neighbor since American forces cleared Tal Afar during pitched battles in 2005. But some residents continue to fear that Mosul&#8217;s violence will spill over into their neighborhoods.

The attackers had good intelligence on how to get to the sheiks and were able to get around security, Al Jabouri noted. He added that most terrorist leaders live outside Mosul &#8212; some in Syria, but others in Iraqi cities like Tikrit and Kirkuk.

As in a traditional army, these terrorists have planning, intelligence and operational leaders who pay attention and react to what&#8217;s happening around them, Al Jabouri said.

"The effect will show up in the future," he said. "Their plan is not to fight against all the units because they know they will lose if they ever face the army in Mosul."

Al Jabouri &#8212; who came to the city more than three years ago and will most likely be on the ballot in this fall&#8217;s elections, unless he runs for higher office &#8212; blamed many of Mosul&#8217;s problems on Iraqi army leaders.

"Our biggest problem in Iraq: The wrong person in the wrong place," he said. "The citizens of Tal Afar, especially the Sunnis, they have a lot of respect for the coalition forces &#8212; more than the Iraqi army."

An American Special Forces soldier said the killings actually may be an act of desperation on the part of the insurgents, which proved to be the case when something similar happened in Anbar province.

"When the enemy uses an excessive amount of violence against the people, it drives the people away," he told Al Jabouri.

Sheik Qasim Muhammad Ameen Farahat, a friend of one of the sheiks who was killed, said he didn&#8217;t want Mosul, the provincial capital, to oversee Tal Afar. The smaller city should be administered directly by the prime minister&#8217;s office, as Fallujah now is, he said.

"In just six months, we would accomplish something," he said.

Al Jabouri said he does not think the attacks will create fresh sectarian tensions in Tal Afar.

"The incident here actually gives a clear message that they (the terrorists) will target both parties," he said.