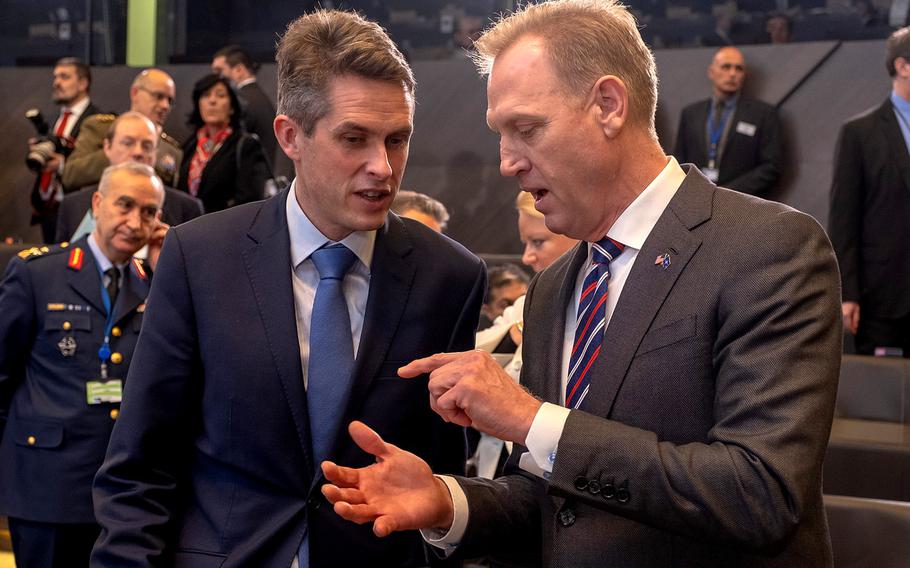 “The public is not aware of the evolving threat,” Shanahan said Thursday after two days of talks at NATO headquarters in Brussels.

In his first meeting with allies as defense chief, Shanahan lauded members for recent spending hikes and heaped praise on NATO Secretary-General Jens Stoltenberg for leading the push.

Allies agreed to stay the course in Afghanistan and said that there would be no abrupt withdrawal while U.S.-led peace talks with the Taliban are continuing, Shanahan said.

But at a meeting Wednesday evening, described by Shanahan as a “family dinner,” leaders wrestled with how to win public and political backing for building up their respective militaries, he said.

In addition to the threat Russia poses in Eastern Europe, allies also must prepare to counter a more assertive China, contend with instability in the Middle East and prepare for an array of cyberthreats, he said.

In Europe, opinions vary on the severity of the threat posed by Russia. Moscow’s 2014 military intervention in Ukraine raised alarms inside NATO and brought about its largest reinforcement since the end of the Cold War. In the Baltics and Poland, regions with a history of being dominated by Russia, there is political consensus on military expenditures. Those countries are either meeting NATO’s spending guideline or on a path to get there.

But in Germany, opinion is divided and Berlin says it will not meet a 2024 NATO deadline that calls for boosting defense spending to 2 percent of GDP. To change that, leaders must better communicate the threats allies face to ensure defense spending is prioritized, Shanahan said.

“With what I know now (about those threats), I would spend more,” Shanahan said.

For President Donald Trump, shortfalls in military spending by European allies has been the top concern regarding NATO. Any resistance to meeting spending targets would likely re-emerge as a flashpoint when Trump meets again with heads of state at the alliance’s December summit in London.

At NATO’s last summit in July, Trump warned the U.S. could “go its own way” if allies fail to meet spending obligations.

“What I heard from President Trump is we collectively need to do more,” Shanahan said.