Shaggy turns up the heat at Yongsan July 4 celebration 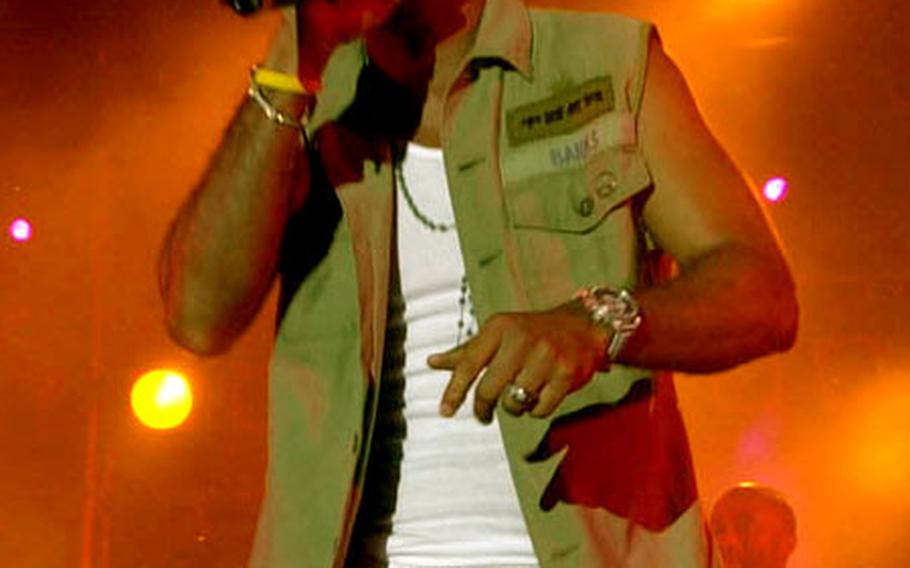 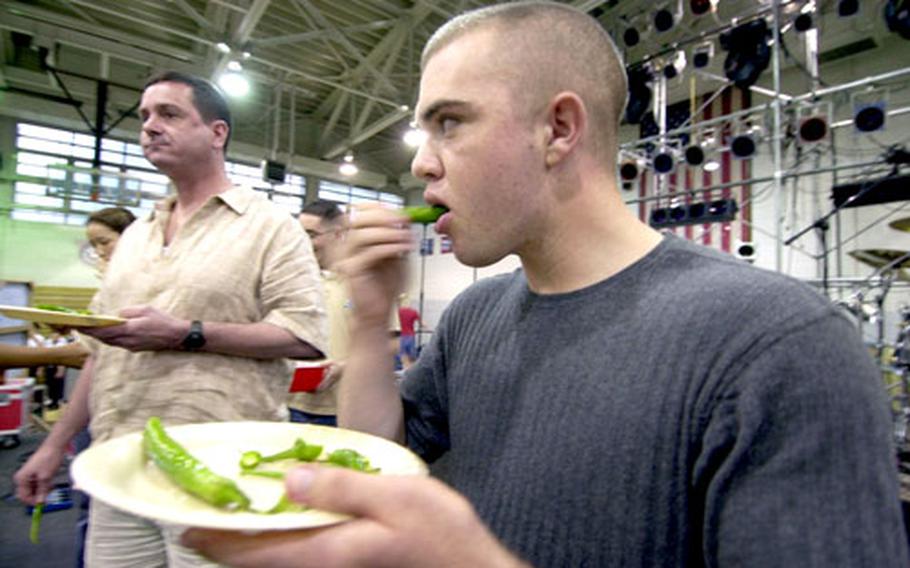 Pvt. Daniel Gurchinoff eats a spicy Korean pepper during a contest Saturday at Yongsan Garrison. On the left is Sgt. 1st Class James Farley, who won the contest by downing 28 of the peppers. (T.D. Flack / S&S) 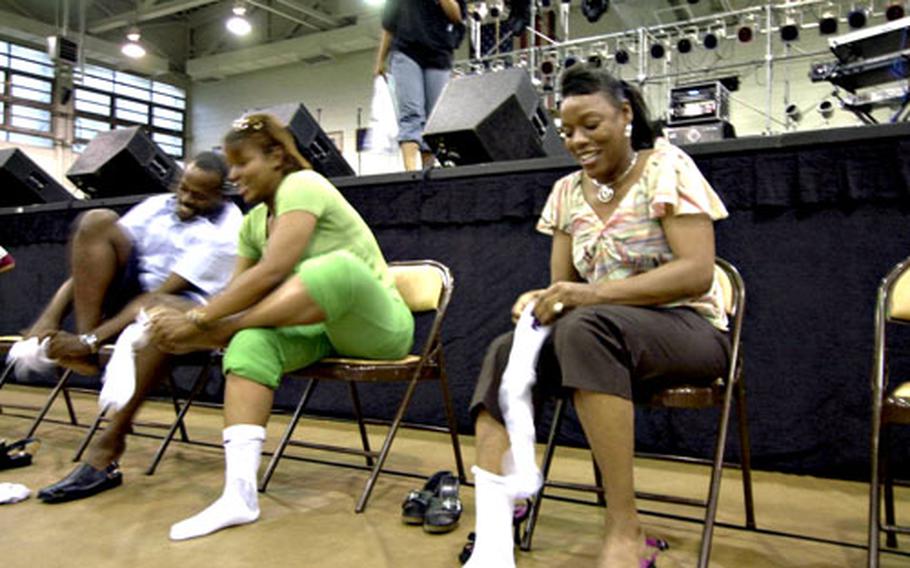 YONGSAN GARRISON, South Korea &#8212; Reggae artist Shaggy had base residents on their feet and dancing as Area II kicked off a three-day July 4th celebration Saturday in the Collier Field House.

Rainy skies forced organizers to move a planned outdoor tailgate party into the gym, but that didn&#8217;t stop the games, contests and prize giveaways.

Army Pvt. Daniel Gurchinoff, 18, found himself in a pepper-eating contest, something he said he never thought he would do.

Sweat beaded on his face as he stood on stage in the field house, slowly working his way through a plate of peppers. Propped on stage in front of the contestants were a DVD player and a new DVD, the grand prize.

Next to him stood Min-jong Ellis, who finished 23 peppers, and Sgt. 1st Class James Farley, who won after wolfing down 28 peppers.

He didn&#8217;t win either of the grand prizes, but he did take home a coupon for a free cheeseburger.

Munoz and his wife Nancy, also a major, said they were enjoying the events.

Alaniz said he thought it was great that Shaggy &#8212; a former Marine and a Gulf War veteran &#8212; was entertaining the military for the holiday.

He also thought the base did a great job in planning the event.

Shortly after 7 p.m., the lights were dimmed, the first notes of Shaggy&#8217;s music drifted out of the enormous speakers and fans bolted for a good spot in front of the stage.

When Shaggy stepped on stage, the gym erupted with screams and cheers. Within moments, he had people up and out of their seats, telling them this was a reggae concert, not the opera.