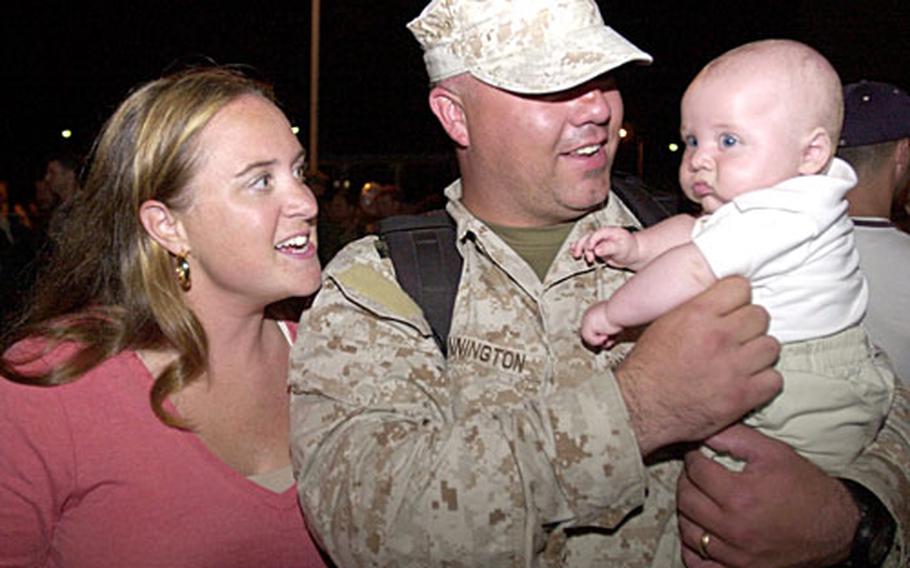 Sgt. David Pennington holds, for the first time, his son David, as his wife Tammy watches. “He’s more beautiful than I thought he would be,” said the sergeant. (Cindy Fisher / S&S)

Sgt. David Pennington holds, for the first time, his son David, as his wife Tammy watches. “He’s more beautiful than I thought he would be,” said the sergeant. (Cindy Fisher / S&S) 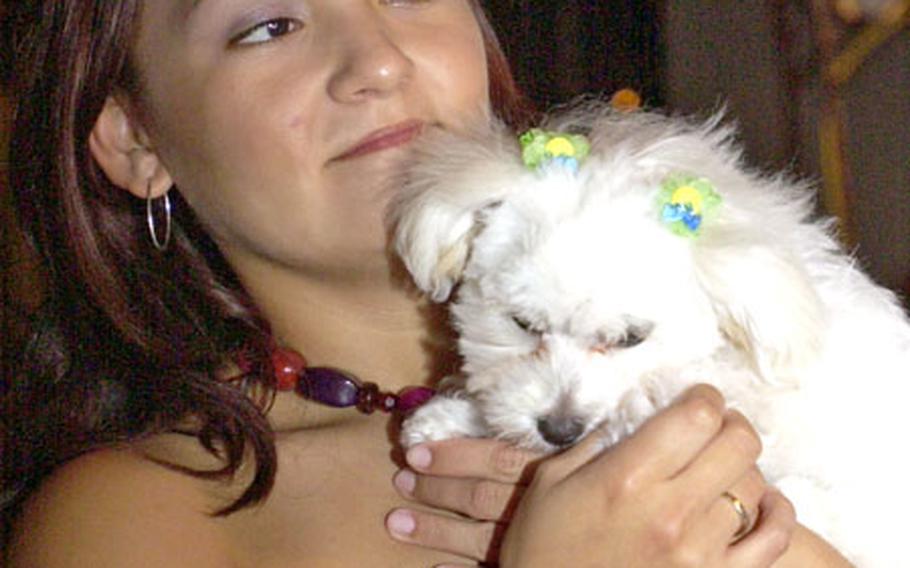 Cpl. Kimberly Cano, with Headquarters Battalion, 3rd Marine Division, waits for the return of her husband, 3rd Recon Marine Cpl. Anthony Cano. Though he helped pick out the name, he has not seen their new pet, 4-month-old puppy Gizmo. (Cindy Fisher / S&S) 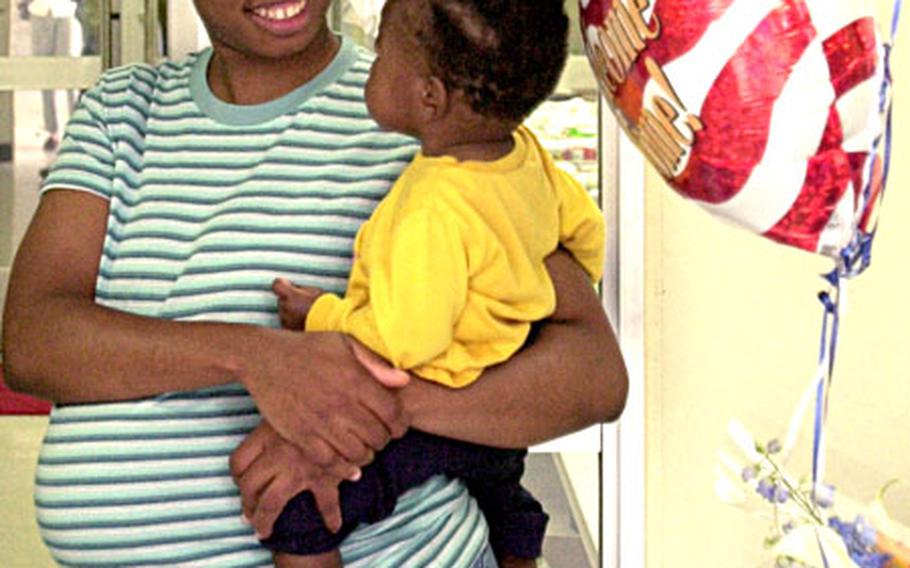 Rasheeda Stokes and son Christian, 13 months, wait for the return of Sgt. Z. B. Stokes Tuesday evening. Rasheeda, who is due in two weeks, said she was worried that the "baby would come before (her husband) came back." (Cindy Fisher / S&S) 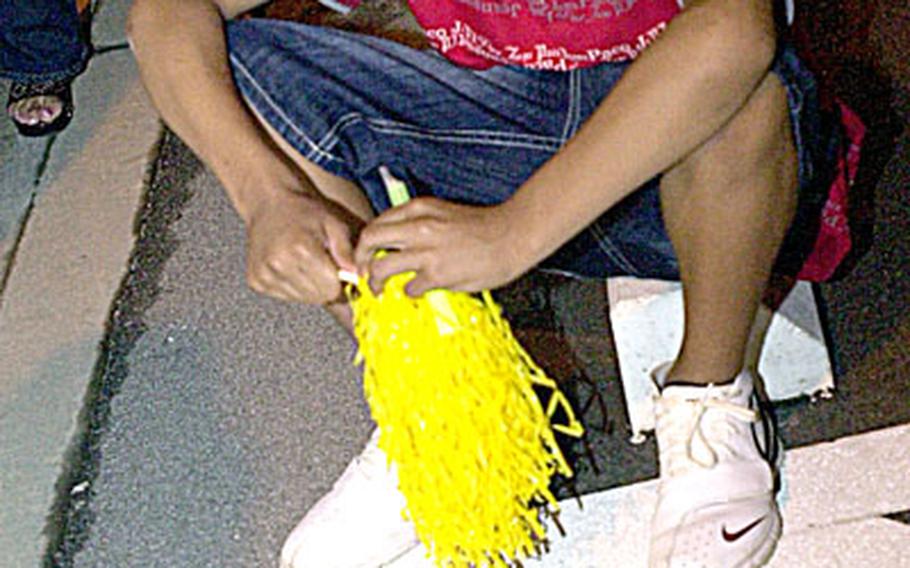 Jabaree Johnson waits with a sign he made for the return of his father, Gunnery Sgt. Tyrone Crutcher. (Cindy Fisher / S&S)

Family members of 3rd Reconnaissance Battalion say it was a long seven months waiting for the safe return of their Marines and sailors. The vigil ended Tuesday evening with hugs, smiles, kisses and stories.

The Key Volunteer Network came through for her, she said. They provided much-needed help, everything from baby-sitting, cleaning, cooking and mowing the lawn.

New puppy, new homeCpls. Kimberly and Anthony Cano married a month before the battalion&#8217;s departure. She said they were still in the barracks when he left.

Anthony had sent her the money for Gizmo, their 4-month-old Maltese, as a Valentine&#8217;s gift. But Kimberly did the house-choosing on her own, she said.

Just in timeRasheeda Stokes said she couldn&#8217;t get past the excitement that her husband, Sgt. Z.B. Stokes, is back.

He arrived just in time, she said. She is due to deliver their third child in two weeks.

Since the couple already has a 2 &#189;-year-old and a 13-month-old, going to the hospital without him might have been a little tough, she said.

Hurray! Dad&#8217;s backMany of the children already had plans for when their dads came home.