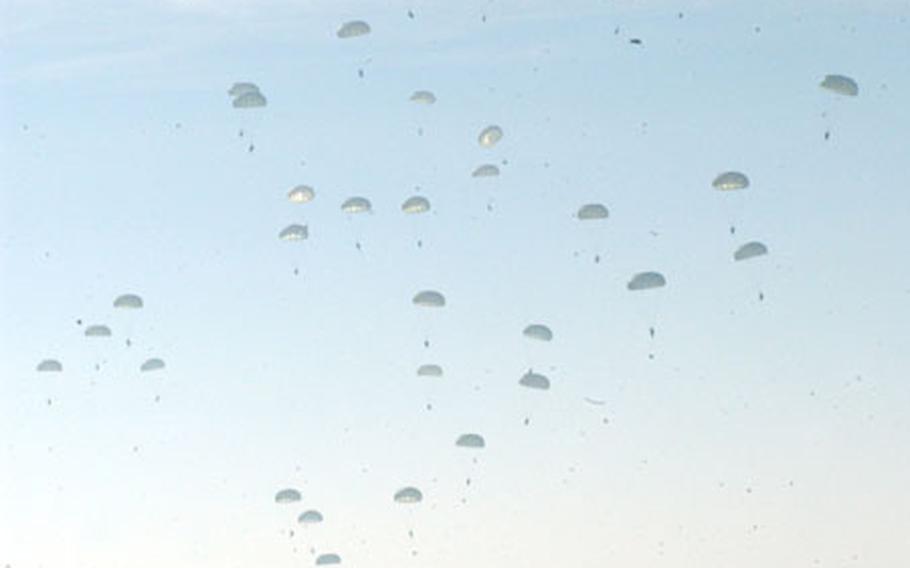 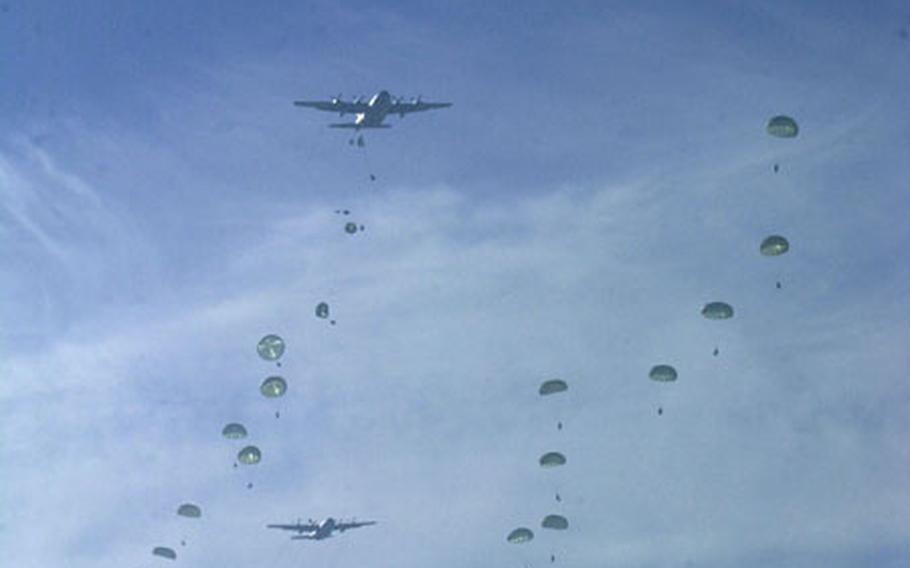 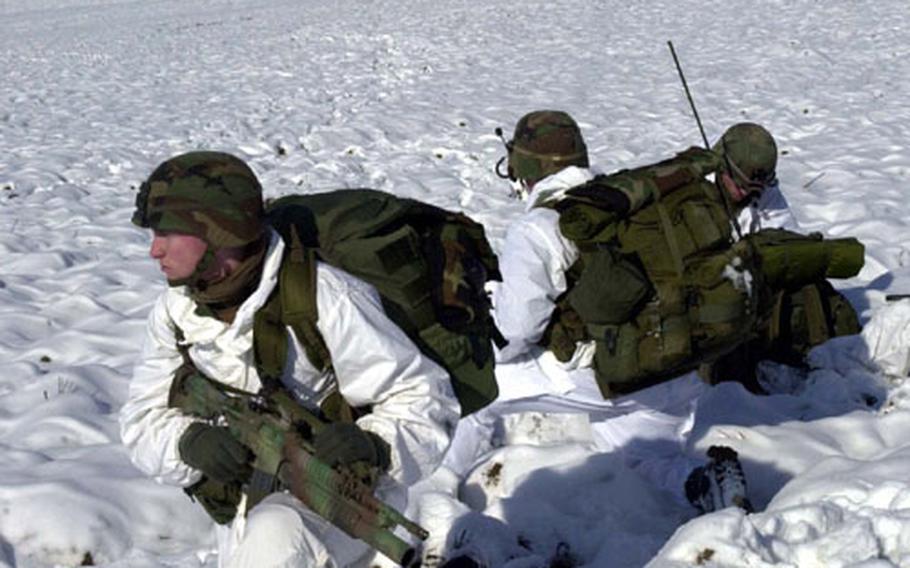 Soldiers from the Southern European Task Force (Airborne) proved Wednesday that a little snow isn&#8217;t going to keep them from performing a mission.

About 140 soldiers, mostly from the 2nd Battalion, 503rd Infantry Regiment, jumped into Kosovo during Rapid Guardian &#8217;03 &#8212; a mission rehearsal that the 173rd Airborne Brigade based in Vicenza, Italy, conducts a few times a year.

In July, soldiers jumped from planes from the 37th Airlift Squadron from Ramstein Air Base during one of the hottest days of the year. This time, a few inches of snow awaited them.

Lt. Col. Tom Collins, a SETAF spokesman, said no major injuries were reported and that soldiers would stay in the province for up to a month.

He said the jump was more a mission rehearsal than an exercise. SETAF is one of the units charged with reacting quickly to a crisis anywhere in the U.S. European Command theater of operations.

Soldiers from several other countries participated in the action. The U.S. troops jumped into an area near Klina in the Multinational Brigade-Southwest sector. A Spanish force had secured the area on the ground and U.S. Apache helicopters based in Germany had the air secured.

U.S., German and Swiss helicopters then carried the troops into the U.S. sector of Kosovo, where they will conduct patrols and other missions alongside American and allied forces.