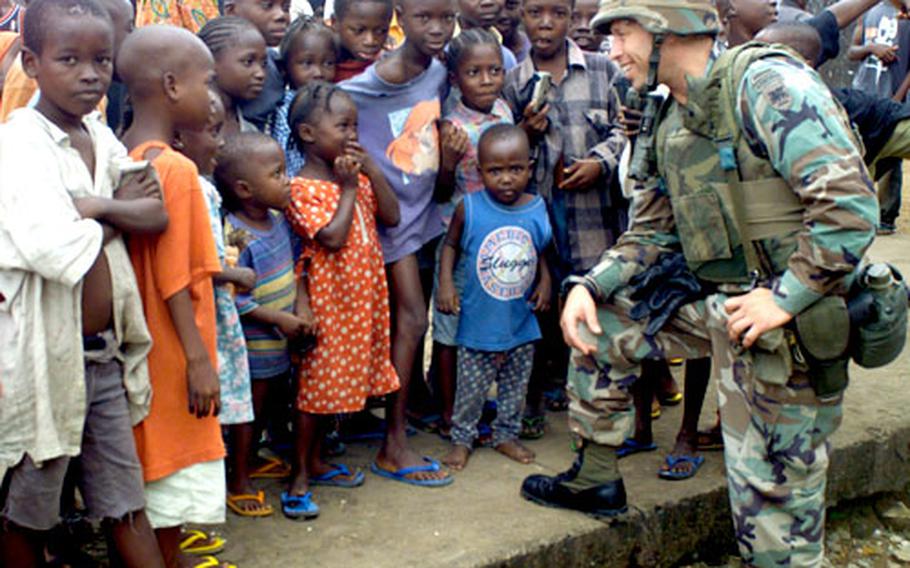 VICENZA, Italy &#8212; The Southern European Task Force (Airborne) has been recognized for its leadership role in bringing peace to Liberia last year.

EUCOM had tasked SETAF with taking command of an American force of about 5,000 personnel composed of members of all four services. The mission was to try to separate the warring factions and bring peace to the war-torn country.

&#8220;I told the JTF as we disbanded that if they never heard of Liberia in the headlines again, they should take that as a measure of success,&#8221; Turner said in a release.

The task force spent about two months in Africa, with much of the personnel stationed off the coast on board the Navy&#8217;s Iwo Jima Amphibious Ready Group. Other units participating included the 26th Marine Expeditionary Unit, the 3rd Air Force&#8217;s 398th Air Expeditionary Group and the Army&#8217;s 1st Battalion, 10th Special Forces Group (Airborne) and 21st Theater Support Command. Several hundred personnel also worked in the JTF headquarters near Vicenza.

The award, conceived in 1981, is designed to recognize achievements by units engaged in joint operations. To qualify, the units must be engaged in combat, national emergencies or &#8220;extraordinary circumstances that involve national interest.&#8221;