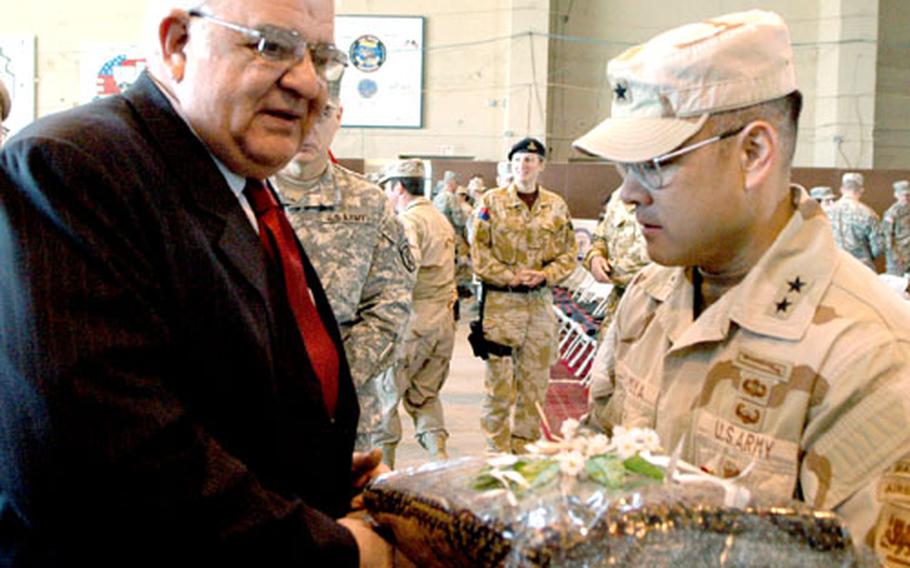 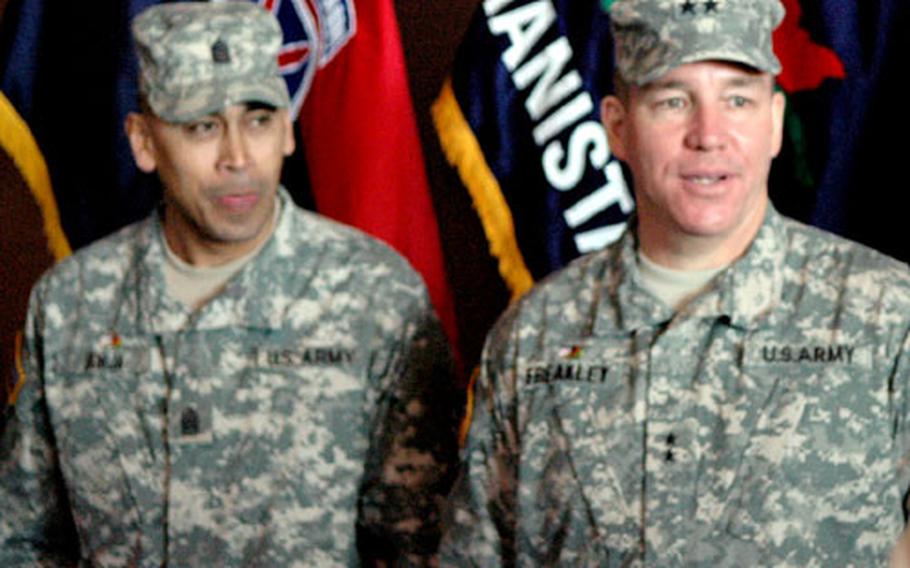 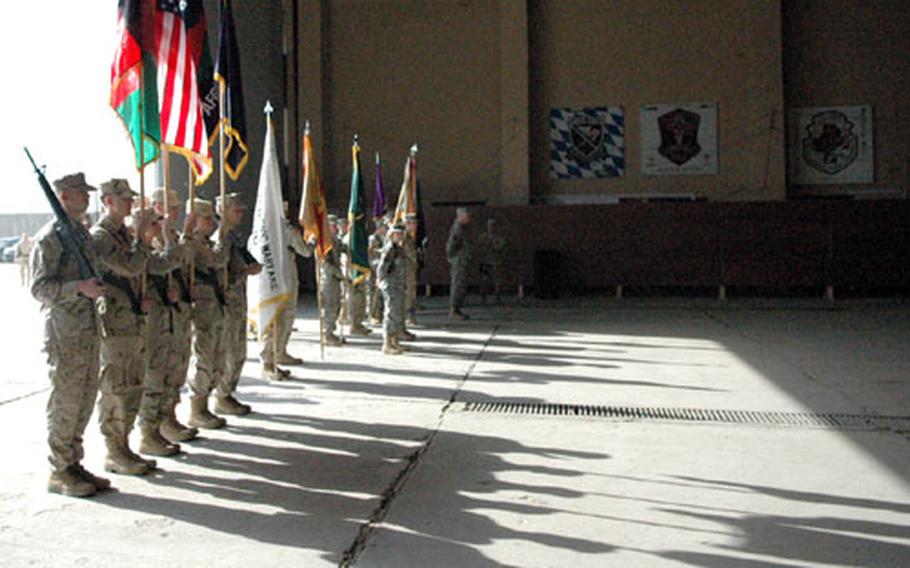 Soldiers bear flags at the transfer of authority ceremony at Bagram Air Base for the 10th Mountain Division of Ft. Drum, N.Y. (Anita Powell / S&S)

The exiting commander of Combined Joint Task Force-76 said his force of soldiers, airmen, Marines, sailors, civilians and coalition partners achieved success that should &#8220;serve as a foundation for even greater levels of cooperation, teamwork and other opportunities.&#8221;

The 10th Mountain Division will be the first to take up that challenge. Maj. Gen. Benjamin Freakley now heads the task force after Tuesday&#8217;s transfer of authority ceremony at Bagram.

Kamiya, commander of the Vicenza, Italy-based Southern European Task Force (Airborne), then boarded a C-17 transport plane and headed back to Italy with a small group of soldiers.

Hundreds of servicemembers who have served under SETAF&#8217;s leadership in country have already returned to their bases in Italy, Germany and the United States. Hundreds of others are en route. But there still are several units remaining from what has been the largest rotation of European-based American forces in Afghanistan since the Taliban was ousted in late 2001. Other commands will be turning over in the next month or so.

Rahim Wardak, the Afghan defense minister, said he couldn&#8217;t offer enough praise for the efforts and sacrifices made by the departing troops.

Those included about 300 engagements with enemy forces, a series of ground-breaking road projects, humanitarian and medical missions both in Afghanistan and neighboring Pakistan and the buildup of Afghan army and police forces.

&#8220;Due to your diligence, the Afghan army is increasingly capable of conducting independent operations,&#8221; he said.

Eikenberry stressed that fighting with Taliban, al-Qaida and other forces is far from over and said the 10th Mountain would be counted on to battle them, while continuing efforts with development and strengthening Afghan government and security forces.

Freakley, in his remarks, said his troops were up to the challenge.

BAGRAM AIR BASE, Afghanistan &#8212; In a message that seemed directed at those beyond the aircraft hangar housing a military ceremony Tuesday, a top Afghan diplomat said continued international aid in his country is essential.

Rahim Wardak, the Afghan defense minister, said his government would continue to &#8220;fully utilize and exploit this environment of international cooperation.&#8221;

In remarks during the ceremony, he said Afghanistan &#8220;suffered immensely&#8221; in the 1990s while out of the international spotlight and few want those days to return.

He acknowledged the country&#8217;s ongoing need of international support &#8212; both militarily and economically.