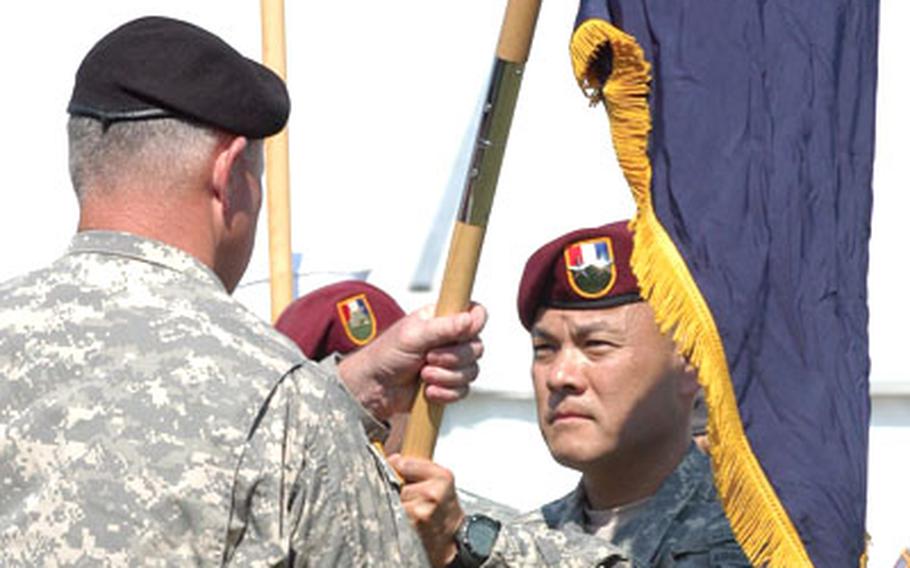 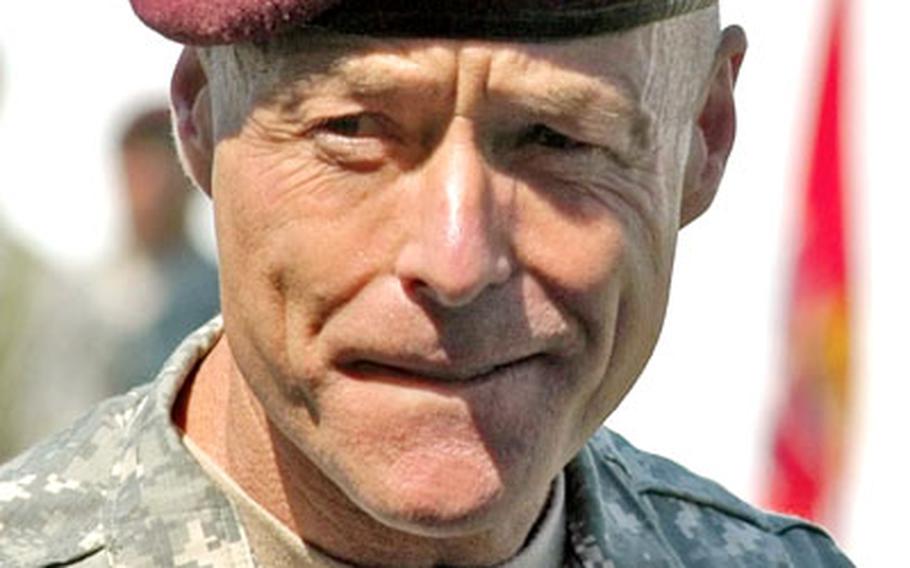 The command of the Southern European Task Force (Airborne) switched hands Monday, with Helmick taking over for Kamiya while McKiernan, the U.S. Army Europe commander, looked on.

Many of the hundreds gathered at Caserma Ederle had stayed up late Sunday night celebrating Italy&#8217;s World Cup title in Germany, and McKiernan addressed them quickly after introducing the various dignitaries attending.

&#8220;But most importantly, I would like to congratulate our host country for a magnificent victory last night in Berlin,&#8221; he said to thunderous applause.

He then talked about Kamiya&#8217;s two-year stint in Vicenza, highlighting efforts to increase the command&#8217;s responsiveness with the community and negotiate a new base agreement with the Italians. He also commended Kamiya and the soldiers assembled for their work leading Combined Joint Task Force-76 in Afghanistan.

Kamiya also focused on the Afghan mission that had most of the base&#8217;s active-duty population serving downrange for just under half of his tenure. He said he would remember those killed under his command for the rest of his life.

&#8220;I know the effects of those losses extended to friends and families across the globe&#8221; he said.

He also said he&#8217;ll miss Vicenza and both its American and Italian populations.

But the sustained applause seemed to indicate otherwise.

Helmick, who served in Vicenza in the late 1980s, has just finished a stint as the senior military assistant to the deputy secretary of defense.

Helmick had a few jokes of his own, but it was his attempt to translate a large part of his speech in Italian that earned him the most smiles.

He told McKiernan that the command, with its subordinate units set to undergo extensive transformation under his watch, will be ready when called upon.