Sesame Street, USO team up again for European tour of US military bases 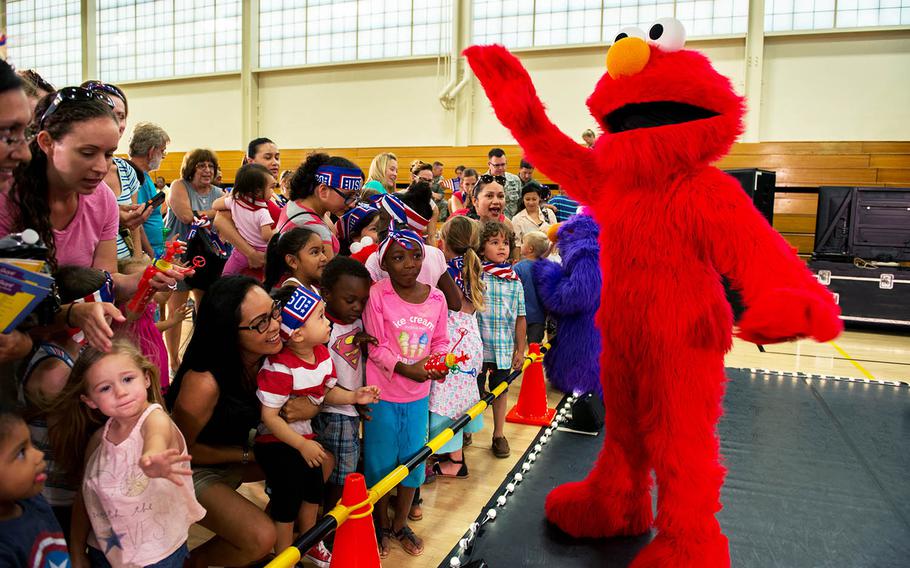 KAISERSLAUTERN, Germany — Elmo, Cookie Monster and other furry Sesame Street characters will perform at 19 U.S. military bases in Europe starting this month as part of a two-month USO tour.

The 2017 Sesame Street/USO Experience for Military Families kicks off Sept. 11 at NAS Sigonella in Italy. From there, the tour goes to Germany, Belgium, the Netherlands, the United Kingdom and Spain, before wrapping up in mid-November.

Performances run 30 minutes and center around the challenges military families commonly face such as frequent moves and the military-to-civilian transition, according to a joint Sesame Street/USO press release.

Sesame Street and USO have been teaming up since 2008, making it the longest running traveling tour in USO history, according to the USO.

For more information about this year’s tour, including the tour schedule, go to: uso.org/Sesame.