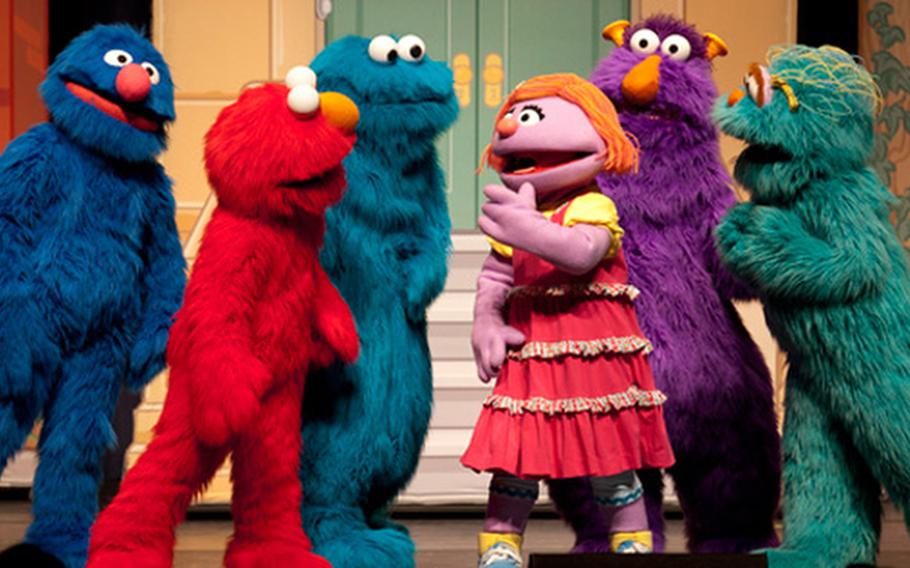 "Sesame Street" characters appear during the launch in Ohio of a new show aimed at military families. The USO teamed up with "Sesame Street" to bring the free show to Europe. It features a new character, Katie, a military child who finds out she has to move to a new home. (Fred Greaves/Courtesy of the USO)

"Sesame Street" and the United Service Organizations are teaming up to bring Elmo and his friends back to Europe.

The popular Muppet will headline a free half-hour show that will feature a new character, Katie, a military child, who finds out she has to move to a new home.

&ldquo;The message of this show happens to be about moving to a new place,&rdquo; said media representative Karen Hart.

Although the show is designed for children ages 1 through 6, &ldquo;that kind of message should certainly resonate with older children, as well,&rdquo; she said.

According to Hart, Elmo and the other Muppets help reassure Katie about the move.

In years past, shows have focused on dealing with a parent who is deployed.

The new show started in Alaska in April and moved on to Hawaii, Guam and South Korea. Shows in Turkey were set for this week and then the show moves to Italy beginning July 18. Shows in Germany start Aug. 6, and will be followed by shows in Belgium, the Netherlands and the United Kingdom, though some show dates are still being worked out, Hart said.

She said parents can check for updates at www.uso.org/sesame-2011-tour-schedule/ or look for information from their local base.

The tour dates set so far: