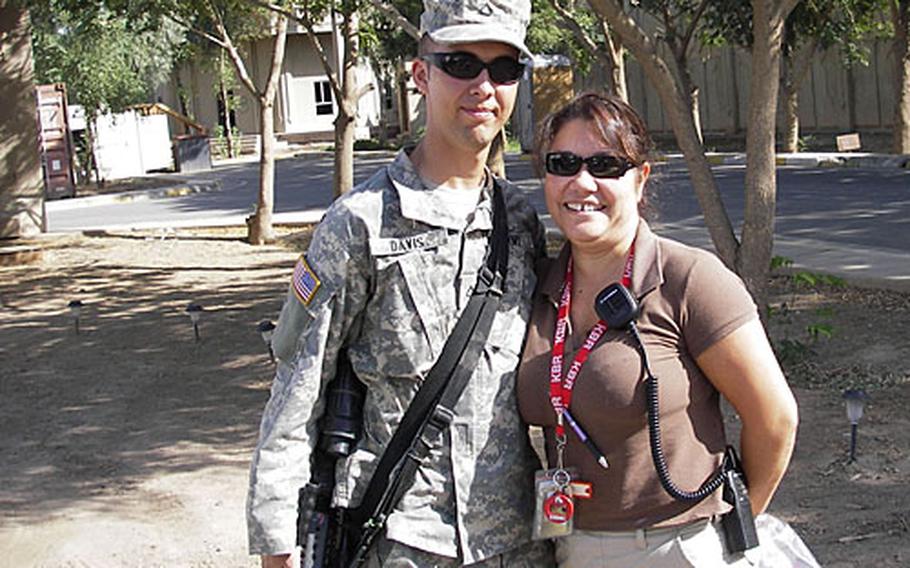 Pfc. Steven Davis and his mother Tess, a contract paramedic, in Baghdad. Davis was killed in action in Iraq on the Fourth of July. (Courtesy of Tess Davis)

Pfc. Steven Davis and his mother Tess, a contract paramedic, in Baghdad. Davis was killed in action in Iraq on the Fourth of July. (Courtesy of Tess Davis) 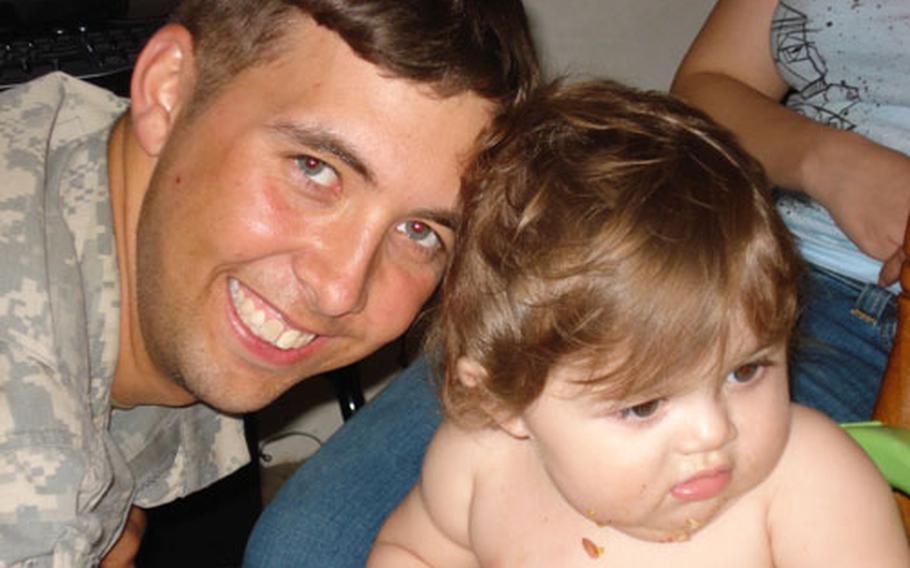 He was 23 but brought his skateboard to Baghdad. He was a combat arms soldier but had pizza with his mother once a week in the Green Zone PX.

He was the older brother of another soldier fighting in Iraq, a husband and father of a toddler, the grandson of veterans, the son of a Green Beret.

But none of that offered protection. Pfc. Steven Davis was killed in action in Iraq on the Fourth of July.

Davis, who was awarded a Purple Heart and the Bronze Star Medal, came from a family of soldiers. They&#8217;d seen friends die in the line of duty and they knew it could happen to him. But none of that provided much comfort.

For the Davis family, the military is a tradition, with both grandfathers, the father and on down to brothers Steven and Christopher, all having served. Yet, Buck, 46, who fought in Desert Storm and other places he doesn&#8217;t discuss, didn&#8217;t really want it to be that way.

But both were unsure of their futures after high school. Steven attended community college, flipped burgers and &#8220;felt he wasn&#8217;t going anywhere,&#8221; his father said. So he decided to enlist shortly after his brother, then 19, had done so.

The sole casualtySteven, on the last day of his life, was the gunner on the last vehicle in a four-vehicle convoy, the only one killed in a grenade attack, part of an ambush. No one else was even wounded.

His comrades in the 2nd Battalion, 12th Infantry Regiment, 2nd Brigade Combat Team, 2nd Infantry Division brought his body to his mother, Tess, who had taken a contract paramedic job in Iraq&#8217;s Green Zone months before. They told her he had died instantly.

Tess, 44, went to Iraq after years of staying home in North Carolina with the boys. Buck was often gone.

Even in Iraq, Tess remained very much the parent. Christopher was stationed too far from Baghdad to see her but they talked on the phone and e-mailed. Steven called before and after every mission, and, for four months, was just 10 minutes away from the Green Zone, so he and his unit came weekly to eat lunch with her.

After the lossChristopher was just about to go out on patrol when the news came about his brother. His commander sent him to Baghdad International Airport, where he linked up with his mother and grandfather, Rick Lara, who was working in Iraq as a mechanic. They all escorted Steven&#8217;s body home.

Steven was buried at Arlington National Cemetery on July 18. Five days later, his mother was back in the Green Zone.

He has had questions about how the U.S. is prosecuting its fights in Iraq and Afghanistan.