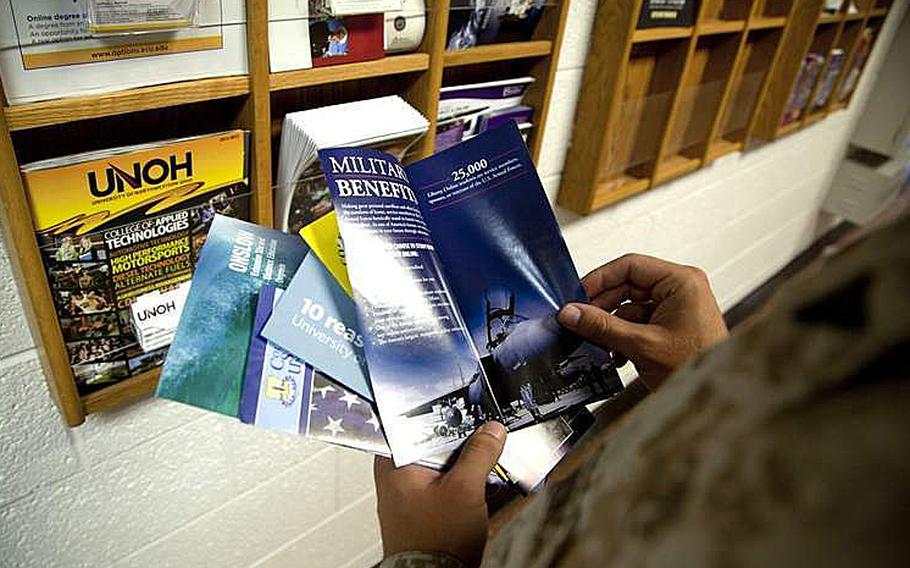 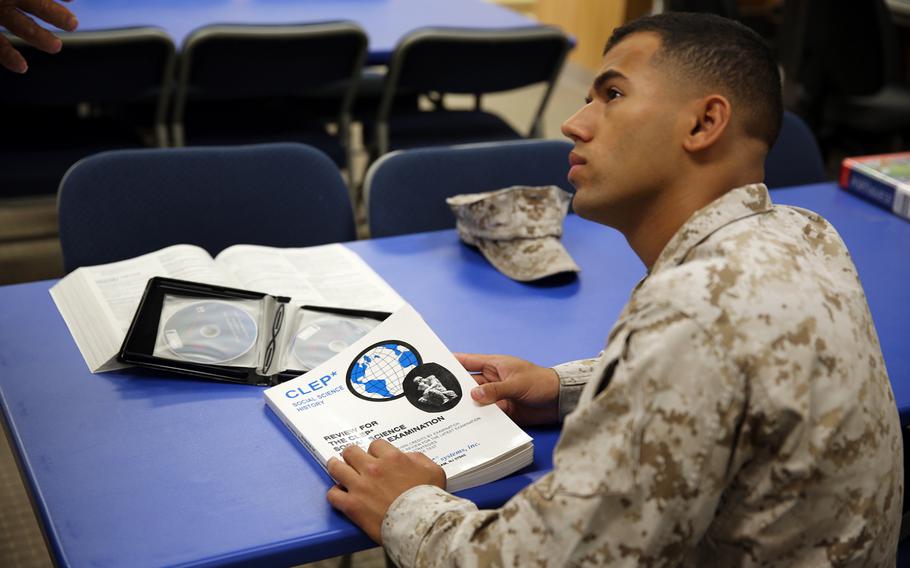 Lance Corporal Samuel Ribeiro, an adjutant clerk on Marine Corps Logistics Base Barstow, Calif., receives information about the College Level Examination Program at the base library on Sept. 9, 2013. (U.S. Marines)

WIESBADEN, Germany — The military is reinstating tuition assistance, relied on by tens of thousands of servicemembers to help pay for college, which was suspended during the 16-day government shutdown.

The services were working to resume processing applications for tuition assistance, but some were waiting for guidance on what funding will be available under the continuing resolution passed by Congress to end the partial government shutdown.

“In the meantime, we encourage all Soldiers to look at their GoArmyEd account to determine if there are any other pending holds on your accounts,” said Chris Pittman, U.S. Army Garrison Wiesbaden’s Education Services Officer. “

The Navy also said it was working to restore tuition assistance.

“We are in the process of working through the back log,” said Lt. Cmdr. Chris Servello, spokesman for the Chief of Naval Personnel. Sailors need to verify with their Navy College Offices if their tuition assistance has been approved before attending classes, he said.

The Air Force said in a release Thursday that it was in the process of reinstating tuition assistance.

The release urged members to continue monitoring www.af.mil and the Air Force Virtual Education Center (AFVEC), which can be found on the Air Force portal, for the most up to date information on policy regarding courses that began Oct. 1-16.