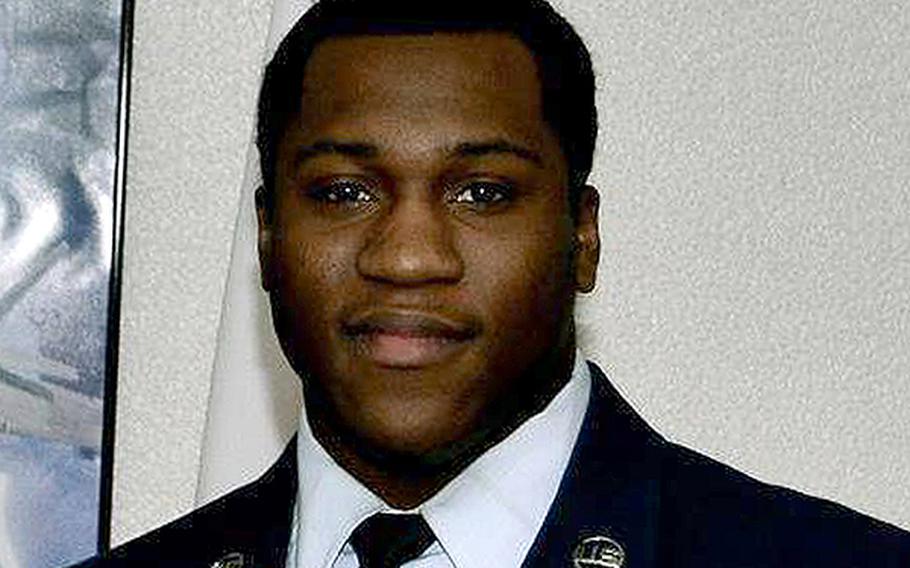 Senior Airman James S. Campbell IV, 23, was killed in a motorcycle accident involving another vehicle near the Yokota Community Center at Yokota Air Base, Japan, on Jan. 13, 2014. (Courtesy photo from U.S. Air Force)

YOKOTA AIR BASE, Japan — A memorial service is scheduled Friday for an airman who died in a crash between his motorcycle and another vehicle near the Yokota Community Center.

Senior Airman James S. Campbell IV, 23, of Indianapolis, was assigned to Yokota’s 374th Medical Support Squadron as a medical material technician. He arrived on the base in June 2010 after completing technical training school at Sheppard Air Force Base, Texas.

Campbell was treated at the scene of Monday’s crash and taken to a local emergency medical center, where he was pronounced dead. The cause of the accident is under investigation.

Base officials said it was the first fatal accident involving a Yokota motorcyclist since an off-base crash in 2004. It was not immediately clear when the last on-base fatal accident occurred.

Campbell provided medical logistics support through numerous exercises and real-world operations in support of U.S. Pacific Command, including Operation Tomodachi to aid Japan after an earthquake spawned a devastating tsunami that damaged the Fukushima nuclear reactor.

“Senior Airman Campbell was an eternal optimist who saw every challenge as an opportunity. He excelled at his job with an intense pride and dedication,” said Col. Eveline Yao, 374th Medical Group commander. “He possessed an incredible strength of character and cultivated deep friendships here at Yokota.”

Memorial services are planned for 8 a.m. Friday at the Main Chapel on base.