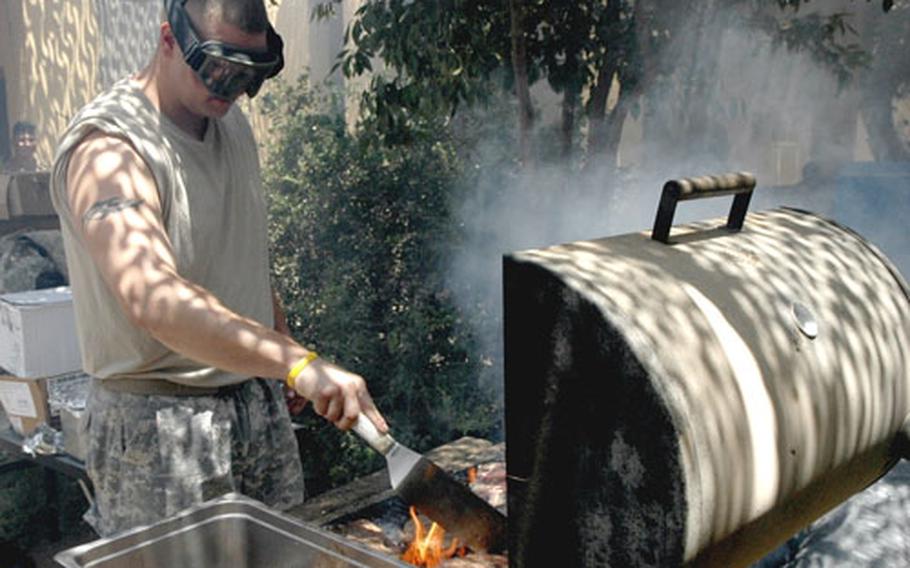 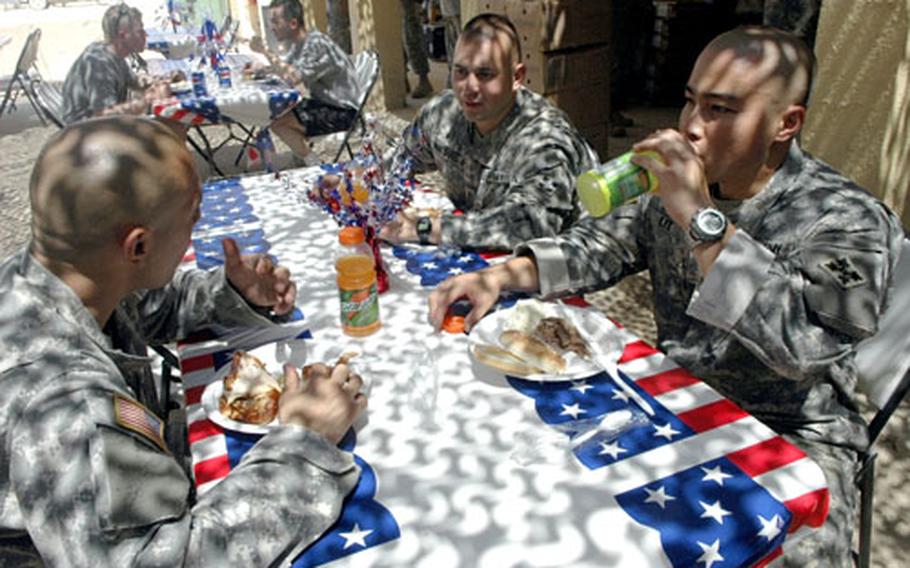 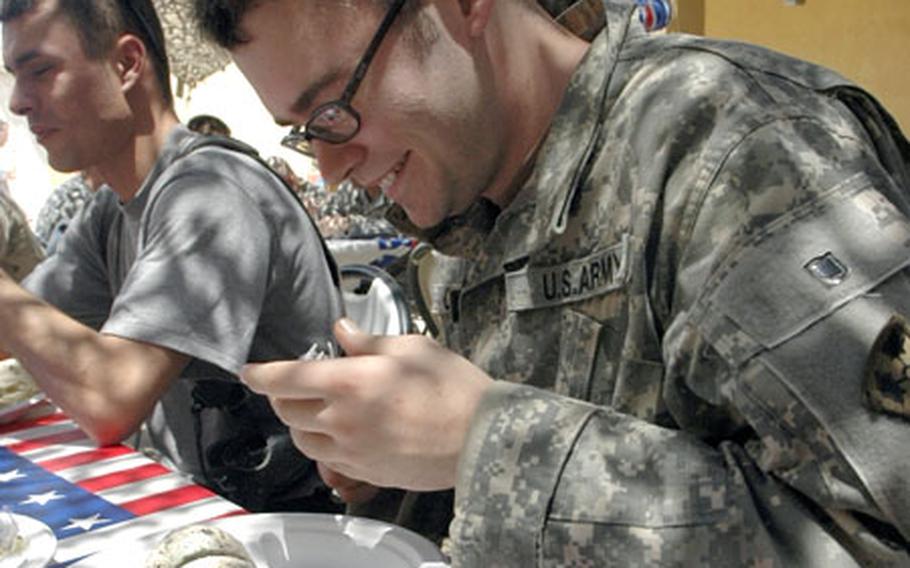 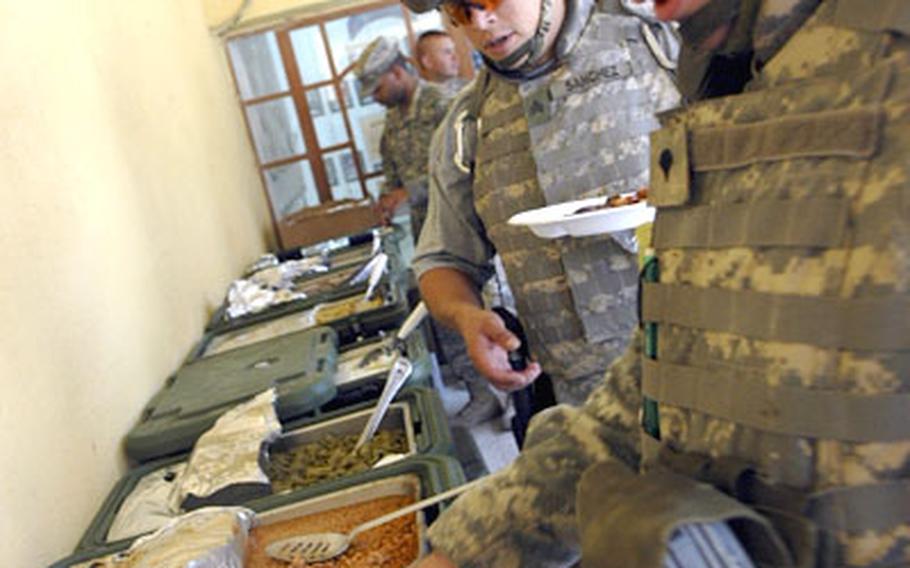 FORWARD OPERATING BASE PALIWODA, Iraq &#8212; The weather was hot, the fake beer was cold, the music was loud and the grill was sizzling Tuesday at 1st Battalion, 8th Infantry Regiment&#8217;s Independence Day celebration at this tiny base northeast of Baghdad.

With temperatures topping 100 degrees by noon, soldiers from the Fort Carson, Colo.-based 4th Infantry Division battalion gathered under camouflage netting to enjoy an all-American feast, the product of more than six hours of preparation by the battalion&#8217;s cooking staff.

Over fake beers and real Baskin-Robbins ice cream, soldiers gathered and joked grimly about the likelihood of &#8220;fireworks&#8221; &#8212; meaning insurgent mortar attacks, which are frequent occurrences at the tiny base outside Balad.

Adkins, leader of a military transition team that works with the battalion&#8217;s sister Iraqi Army battalion, brought something else to the celebration: military leaders from the Battalion, 1st Brigade, 4th Iraqi Army Division.

Shojaa&#8217;s wishes aside, the possibility of spending multiple Independence Days in Iraq garnered a universal reaction from soldiers.

Pfc. Chase Collins, 20, of Dallas, drank his nonalcoholic beer and pined for his native Texan brew: Shiner Bock. (Collins was a statistical anomaly; the majority of soldiers polled wished for Corona, a Mexican import.)

Pvt. Paul Sylvester, 18, of Boston, was a little more direct in his opinion of the food. Sylvester, who is vegetarian, spent much of the previous evening and morning preparing the meat-heavy meal.

A celebration of a different sort took place Tuesday in Bagram, Afghanistan.

There, 26 soldiers from 21 countries took an oath to become American citizens during a ceremony at Bagram Air Base.

&#8220;It is so fitting that today on the Fourth of July, when we celebrate our nation&#8217;s birthday, that we would take the time ... and have 26 fellow soldiers join us as fellow American soldiers,&#8221; said Maj. Gen. Benjamin C. Freakley, the U.S. operational commander in Afghanistan, who attended the ceremony.

Under a fast-track law enacted in 2004, soldiers on active duty in the U.S. military are automatically eligible for citizenship. Normally, obtaining citizenship is a lengthy process that can run three to five years.

At the barbecue in Iraq, Capt. Brad Rudy, 26, said he was pleased to be able to celebrate the holiday with friends and colleagues.

The Associated Press in Afghanistan contributed to this report.