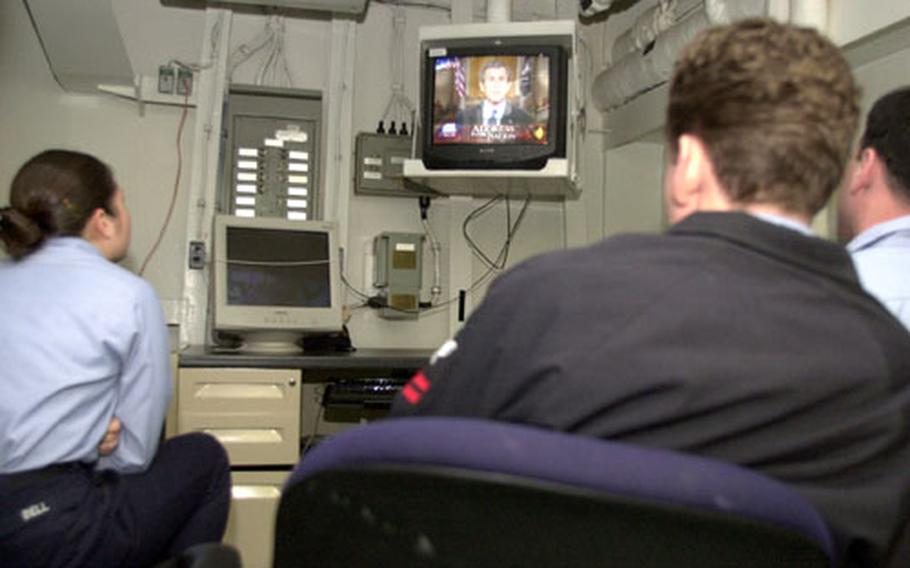 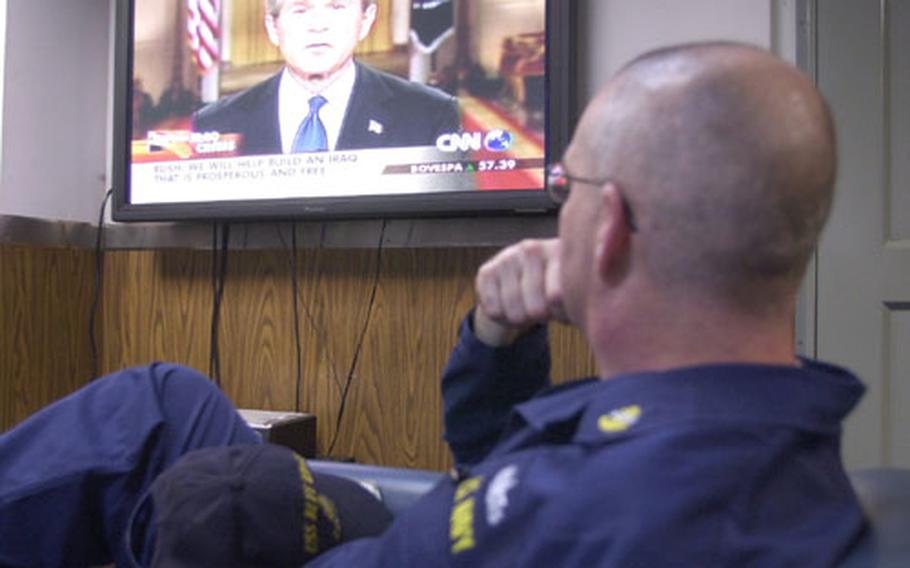 With war now nearly as likely as next month&#8217;s utility bills, servicemembers and civilians in Europe are standing behind their president, who Monday night gave Saddam Hussein and his cronies two days to pack their bags and get out of town.

&#8220;It was going to come down to it sooner or later,&#8221; said Master Sgt. David Garfield, a member of the 31st Mission Support Squadron at Aviano Air Base, Italy. &#8220;You get in a situation where you keep waiting and waiting. There has to be a deadline sometime.&#8221;

Nick Jackson, an accountant with the DODDS Isles District at RAF Feltwell, England, agreed, saying the president had given Saddam every opportunity to stand down.

There is no doubt in the mind of Sgt. 1st Class Clay Adams of the Defense Threat Reduction Agency, Overseas Europe in Darmstadt.

Others are not so certain.

Faye Batey, coordinator for the JASON Project for the Isles District, said she thought the negotiations through the United Nations would have been more fruitful, and wonders if that tactic should have been abandoned so soon.

Sharon Savage, a human resources assistant at Darmstadt, said, &#8220;I have mixed emotions about it because my husband is over there. The Bible speaks of war and rumors of war. Even with that, though, we have to pray for peace among all nations.&#8221;

For the troops in the desert and around the region who have been waiting and waiting, they now have a sign that their waiting is almost over.