Service has new meaning for civilians sent to Iraq 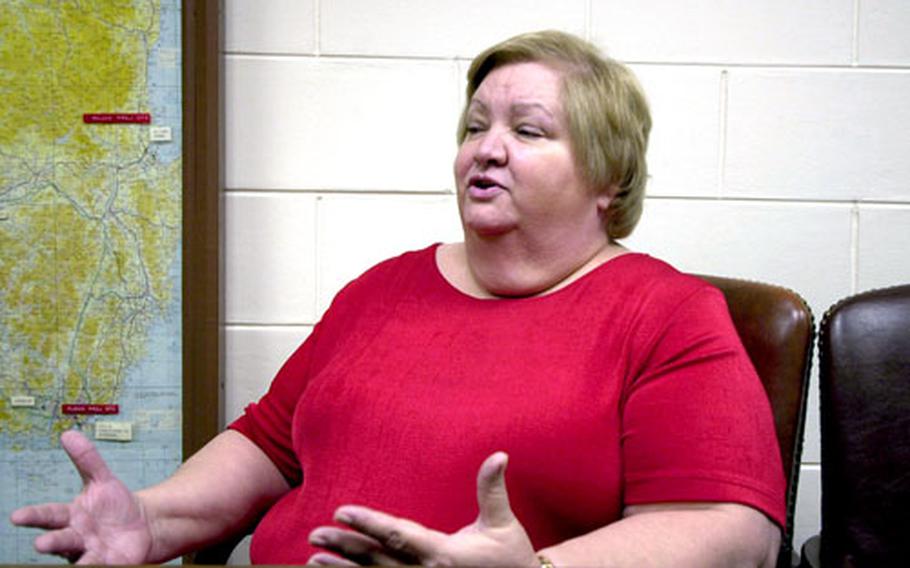 Marsha Smith said she saw her five-month deployment to Iraq with the U.S. Army Corps of Engineers as an opportunity to serve. (T.D. Flack / S&S)

Marsha Smith said she saw her five-month deployment to Iraq with the U.S. Army Corps of Engineers as an opportunity to serve. (T.D. Flack / S&S) 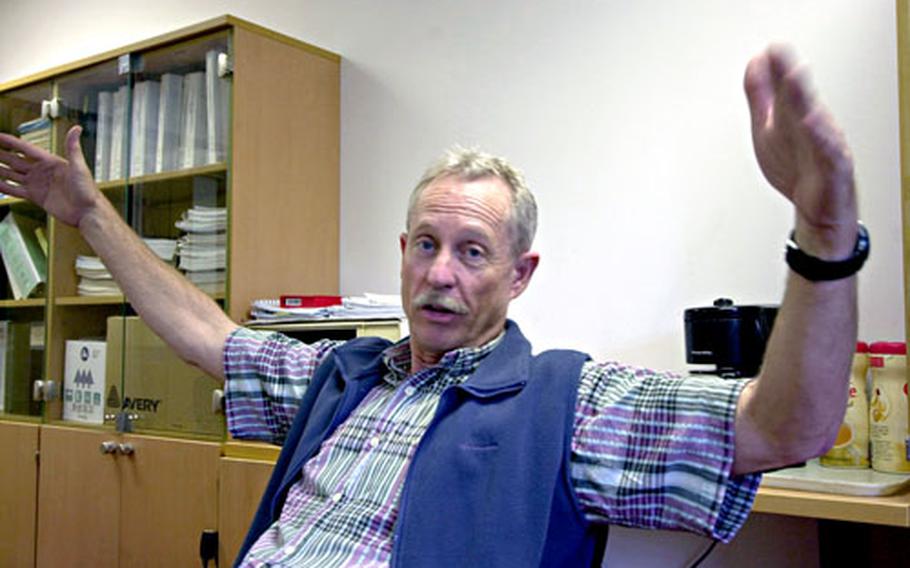 YONGSAN GARRISON, South Korea &#8212; U.S. Army Corps of Engineers employee Ed Flint thought his last deployment to Iraq as a civilian from August to December 2003 would be just that: his last.

But he said during a recent job fair, when he was one of four Corps employees invited to talk to servicemembers leaving the military about future job opportunities, he started thinking about another deployment.

And Marsha Smith knew her recent trip to Iraq would be her last with the Corps. Smith, 58, retires July 1 after 31 years. She returned in March from a five-month deployment to Baghdad.

Both Smith and Flint, 57, volunteered to deploy. As of last week, 21 employees with the Far East District, headquartered in Seoul, had deployed to Iraq or Afghanistan. They were able to tell troops about life with the Army Corps of Engineers and what it&#8217;s like to deploy as a civilian. Both said they received positive feedback and answered a lot of questions. One was, &#8220;Why would you volunteer to deploy someplace as dangerous as Iraq?&#8221;

Flint said his motivation was the adventure.

As a civil engineer, he spent most of his recent tour inspecting damaged buildings to decide if they were structurally sound enough to be repaired. He said it was amazing to climb through the buildings he had seen on the news and to spend a lot of time in one of Saddam Hussein&#8217;s bunker complexes.

He said while his family supported his decision to deploy, that didn&#8217;t stop some worrying.

He said things &#8220;started to get hairy about halfway through&#8221; his trip. One co-worker was hit by the blast from an improvised explosive device and lost his eyesight.

Smith said while the thought of danger always was &#8220;in the back of your mind, it really wasn&#8217;t an issue.&#8221; She learned the difference between incoming and outgoing fire, spent some nights in the bunkers during mortar and rocket attacks and learned to love the sound of helicopters. When the shells started falling on the bases, the helicopter pilots would go out to hunt the insurgents, she said, and that meant a quite night of sleep.

Smith grew up as a military brat, joined the Army Corps of Engineers in 1971 and now works as a civil engineering technician. She spent her tour working on a database system for civilian contractors, which meant she had the opportunity to meet many Iraqis.

She&#8217;d volunteered to work a major project in Saudi Arabia in the 1980s and deployed to Kuwait after Desert Storm in the early 1990s, she said, so she felt prepared for Iraq.

The deployment helped speed the last year before her retirement and &#8220;the money was good,&#8221; she said.

She said being part of the rebuilding efforts in Iraq was satisfying because normally, &#8220;you could work on one project for 20 years and not see its completion.&#8221;

But in Iraq, the work is fast-paced and constantly changing.

She told the troops who thought about joining the Corps of Engineers that a deployment is a good way to earn respect in the organization.