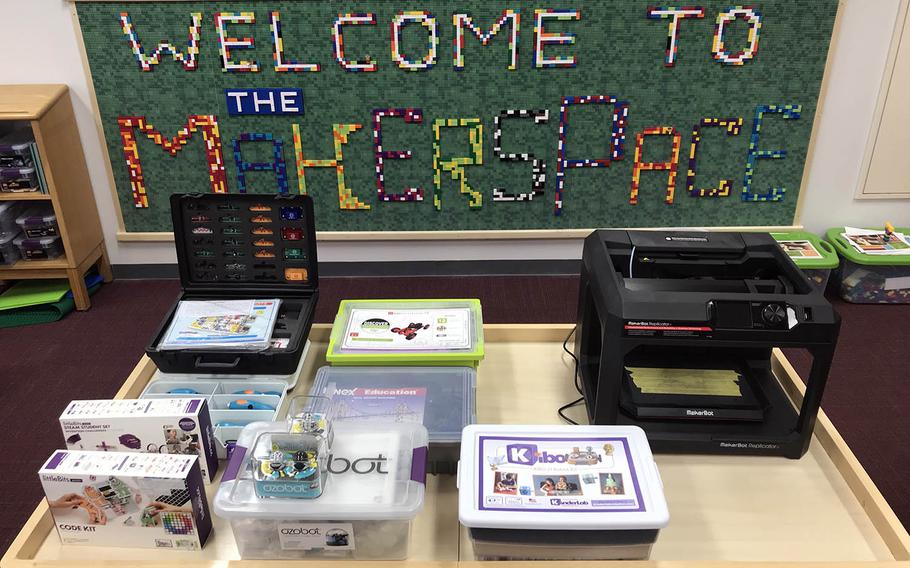 Buy Photo
Makerspace, a library annex that opened Nov. 13, 2018, at Misawa Air Base, Japan, includes $12,000 worth of gear related to science, technology, engineering and mathematics. (Seth Robson/Stars and Stripes)

Buy Photo
Makerspace, a library annex that opened Nov. 13, 2018, at Misawa Air Base, Japan, includes $12,000 worth of gear related to science, technology, engineering and mathematics. (Seth Robson/Stars and Stripes) 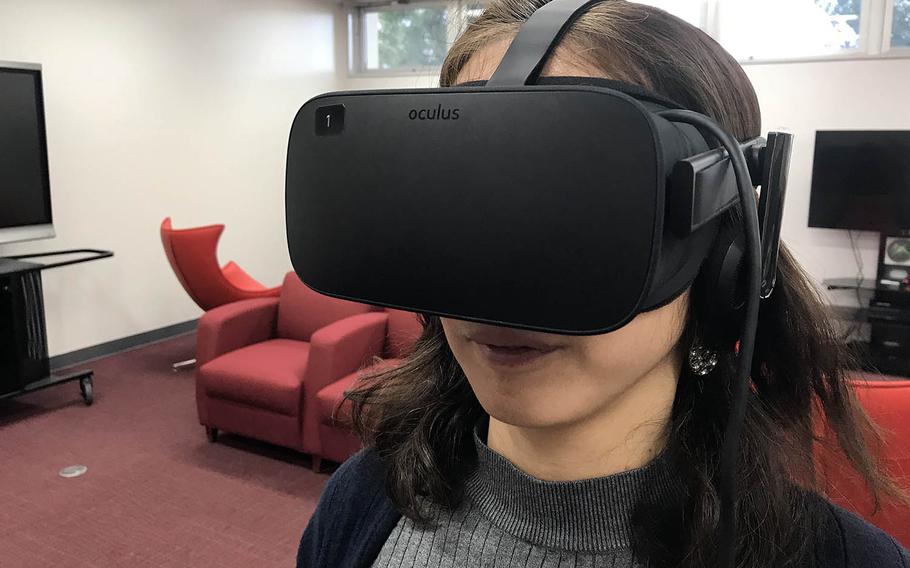 Buy Photo
Misawa Air Base director Asako Tuttle tries out an Oculus Rift virtual-reality headset at Makerspace, a new facility at the home of the 35th Fighter Wing devoted to science, technology, engineering and mathematics. (Seth Robson/Stars and Stripes)

But checking out books, it seems, is out of fashion in a world where information is available to anyone at the swipe of a smartphone screen.

Book-lending at Misawa, home of the 35th Fighter Wing in northern Japan, is a fraction of what it was when library director Asako Tuttle, 43, started working there 15 years ago.

“Worldwide, libraries are shifting from being just a big bookshelf to providing a space for people to gather and study,” she said.

Makerspace, an annex that opened Nov. 13 at Misawa’s Overstreet Memorial Library, includes $20,000 worth of new gear related to science, technology, engineering and mathematics, or STEM.

Library staff have already been using a MakerBot Replicator there to print 3D plastic figurines of dragons and cats from the internet. Tuttle said a volunteer will start free classes next month showing people how to make their own 3D designs.

For now, library visitors will only be able to use the printer during the classes, although staff have been printing things for customers since May, Tuttle said.

STEM equipment at libraries could be a force multiplier as troops begin to utilize new high-tech gear in the field. There have been several recent examples of servicemembers using 3D printers to make or modify military equipment. At Yokota Air Base in Tokyo, for example, some airmen recently printed a part that allowed them to plug a standard gas mask into an aircraft’s oxygen system.

In addition to the 3D printer there are electrical engineering and programming kits at Misawa’s library that allow people to build devices such as an electric model car and an alarm, Tuttle said.

There’s also a small robot, known as KIBO, that library visitors can experiment with, she said.

The most popular pieces of new technology in the library are related to videogame consoles and televisions that draw teenagers after school, Tuttle said. Some of the games can be played on Oculus Rift virtual-reality headsets attached to desktop computers.

“I fell many times,” she said.

There’s also a large collection of Legos and STEM-focused K’NEX products at the library.

“Other Air Force libraries are getting these STEM items,” Tuttle said.

Makerspace is for people of all ages. However, using some of the new gear is not as simple as cracking open the box, reading some instructions and getting down to business.

“Some STEM materials are pretty simple to use but … [others] need a teacher,” she said.

The library is running a STEM program every other Thursday where volunteers come to show people how to use the equipment.

Book-lending is also getting a high-tech makeover.

Launchpad, a tablet with preloaded books and educational games, is one of the most popular items checked out of the library these days, Tuttle said.