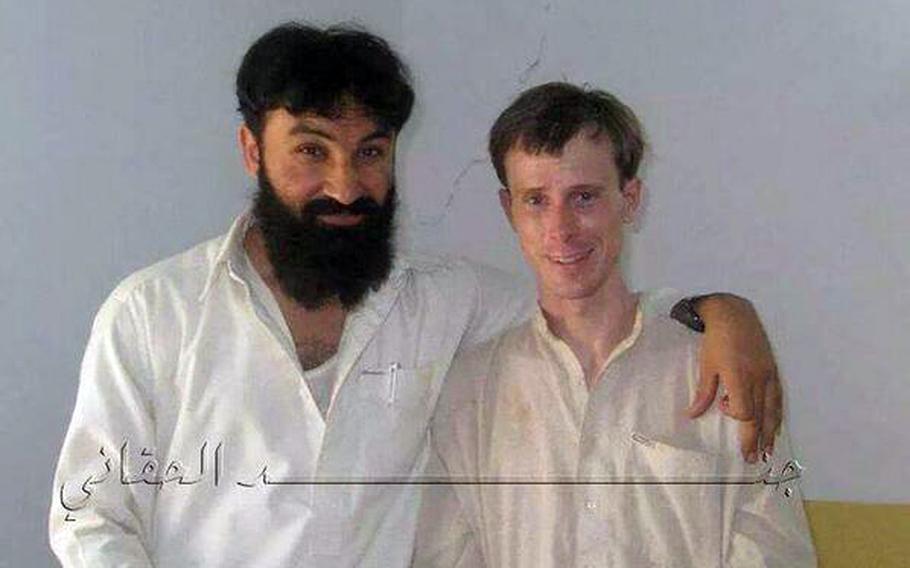 Inside a secret safe house just outside Munich, Bowe Bergdahl started off as a line item, one of many on a list designed to kick-start peace talks in Afghanistan.

It was late 2010. The war was going badly. While military leaders were arguing for intensifying the fight, U.S. diplomat Richard Holbrooke wanted to bring the Taliban to the negotiating table.

At the top-secret meeting near Munich, Holbrooke met with a senior Taliban leader believed to be close to Taliban chief Mullah Mohammad Omar. The objective: Get the Taliban and the Afghans talking. A prisoner swap was one of the many issues on the table, the podcast “Serial” revealed in its latest installment, posted Thursday.

“Bowe was like a line item, an important line item, but a line item nonetheless,” the podcast host, Sarah Koenig, said.

The latest installment of the podcast, which examines the circumstances surrounding Bergdahl’s decision to walk off his Afghanistan combat outpost in 2009, delved into the behind-the-scenes talks that went on for years in the effort to win the release of then-Pfc. Bergdahl. He was recovered in a controversial 2014 prisoner swap after five years of torture, starvation and isolation at the hands of his Taliban captors.

The goals at first were huge — essentially starting a political process to end the war. Holbrooke, a larger-than-life figure best known for negotiating the 1995 Dayton Accords that ended hostilities in the Balkans, was out to do the same in Afghanistan. And he thought Gen. David Petraeus, who was leading the war at the time, was part of the problem, marginalizing the diplomat’s role, according to people interviewed for the podcast.

“Richard would have 10-second conversations with Petraeus and the gist of that was this was no time for diplomacy,” recalled Holbrooke’s wife Kati Marton. “He deeply resented Petraeus, who was his friend, referring to him repeatedly as his wingman.”

But in Munich — the first face-to-face meeting with a senior Taliban leader — Holbrooke made his case to the leader, known as “A-Rod,” saying any deal would require the Taliban to recognize the Afghan constitution. The ultimate goal was getting the Taliban and the Afghan government talking. But weeks later Holbrooke died of a ruptured aorta, and the fate of the negotiations became uncertain.

Secret talks started in early 2011, soon after then-Secretary of State Hillary Clinton had expressed support for negotiations. But the Taliban pulled out in May, after news broke that talks were underway. They also dug in on their demands for release of prisoners at Guantanamo.

“The Taliban wanted these five guys,” diplomat Marc Grossman, who replaced Holbrooke, said in the podcast.

Negotiations restarted, only to stall again, after the Taliban raised a flag for their so-called Islamic Emirate at their new political headquarters in Qatar. The move infuriated then-Afghan President Hamid Karzai, and talks foundered once more.

By early 2014, the insurgents were ready to sit down again. This time, the offer was the prisoner swap without negotiations for a broader peace deal. The U.S. was winding down the war. There was a sense of now or never.

About that time, conditions for prisoner Bergdahl started to improve. After the Taliban provided a video proving the soldier was alive, they started feeding him better ahead of an anticipated release. He got a treadmill to start exercising. A long-requested toothbrush was provided. So were some science books to read.

By May 31, after final details were worked out, Bergdahl was picked up by U.S. forces.

He tried to talk to his rescuers, but after years of not speaking English, he couldn’t form the words.

“What I ended up doing was asking for something to write on, and the first thing I asked them was were they Special Forces,” Bergdahl said. “They got me on a plane to Bagram, and that was the last I saw of them.”