Sergeant busted down for maltreatment of private 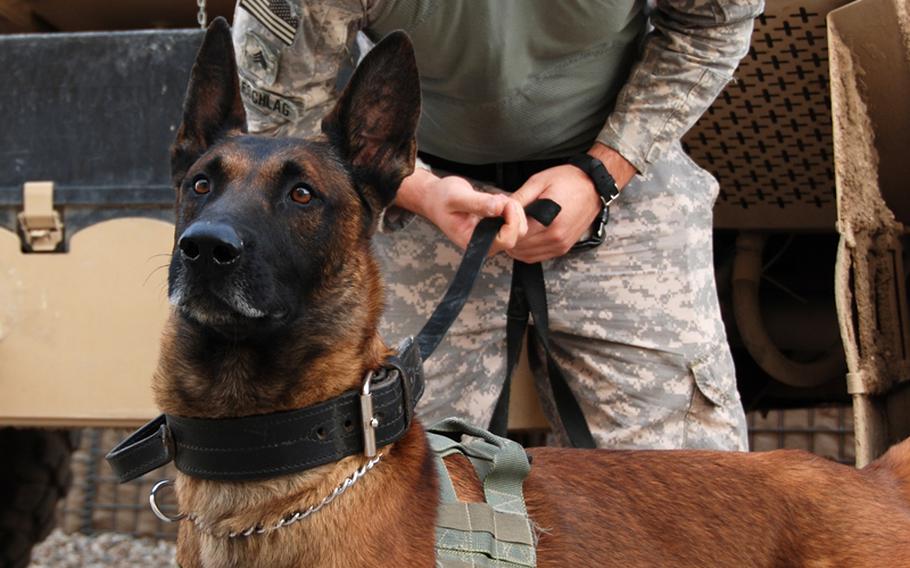 Staff Sgt. Justin Wolfschlag, who previously served as the U.S. Army’s kennel master in Stuttgart, was also sentenced to receive a reprimand for his treatment of a female private he supervised.

Stars and Stripes is withholding the accuser’s identity because she reported she was the victim of sexual assault.

Wolfschlag was the senior-ranking soldier at the kennel in Stuttgart at the time of the alleged incidents. His accuser testified that he’d repeatedly commented on the size of her breasts, called her inappropriate names and made vulgar jokes about her. Two other soldiers who worked for Wolfschlag at the time offered similar accounts.

Wolfschlag admitted to calling the private an inappropriate name but said the term wasn’t meant to be abusive. After the verdict and before he was sentenced, he told the panel of officers and enlisted members hearing his case that he’d acted unprofessionally and that “you can’t have that in today’s Army.”

The private also alleged that, while they were alone together on a mission, Wolfschlag exposed himself to her, asked her to perform oral sex on him and threatened to pull to the side of the road if she didn’t. The private testified she feared that if he pulled over, he would try to force her into other sex acts, so she complied.

Wolfschlag’s defense team maintained the oral sex and exposure never happened, and there was no physical evidence presented to support the allegations. The panel acquitted Wolfschlag of those more serious charges.

On the maltreatment charge alone, Wolfschlag faced up to a year in confinement, a dishonorable discharge, reduction to the lowest enlisted grade and forfeiture of all pay and allowances.