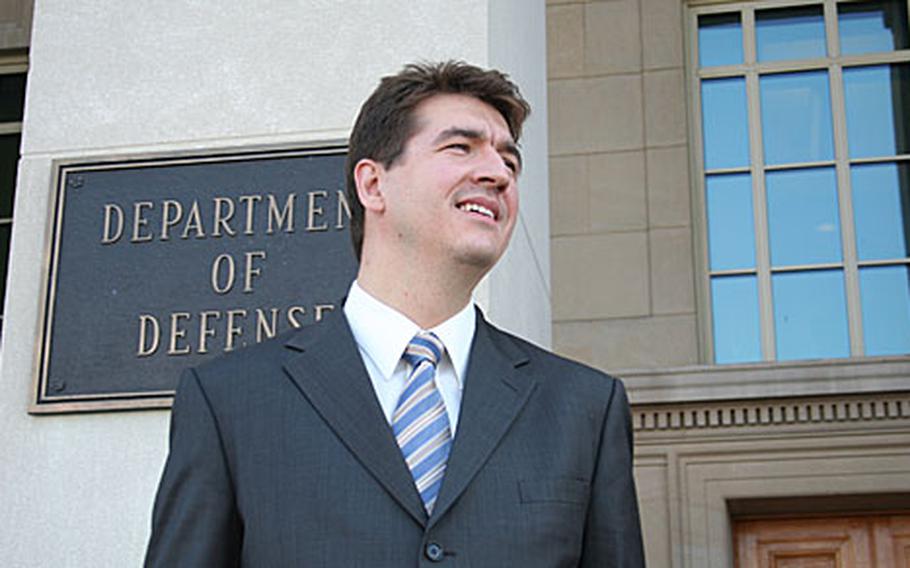 ARLINGTON, Va. &#8212; Serbia&#8217;s military has wasted no time expanding its contacts with the Pentagon since NATO&#8217;s decision late last year to allow the country to join the Partnership for Peace, according to a senior Serbian military official.

In 1999, the U.S. military was bombing Serbia as part of the NATO campaign to stop ethnic cleansing in Kosovo.

Kosovo remains a sensitive issue, Dusan Spasojevic, Serbia&#8217;s assistant minister for defense policy,said in an interview at the Pentagon on Thursday.

But the U.S. and Serbian militaries are beginning to work together as allies, Spasojevic said.

The province of 2 million people &#8212; most of them ethnic Albanians &#8212; has been administered by the United Nations since 1999, when NATO waged a 78-day aerial war to prevent a Serb military crackdown against Albanian separatists.

Partnership for Peace membership has actually made things much easier between Serbia&#8217;s military and KFOR, the United Nation&#8217;s Kosovo Force, which includes many NATO members, Spasojevic said, although he insisted that &#8220;there wasn&#8217;t awkwardness&#8221; to begin with.

There has been an increased level of cooperation between Serbian troops and KFOR. For example, in case of emergencies, &#8220;we&#8217;ve offered our military hospitals to be open for [KFOR, the U.N.&#8217;s Kosovo Force] troops,&#8221; Spasojevic said.

With critical talks under way in New York between Serbia and ethnic Albanian leaders regarding the province&#8217;s future status, this is a sensitive time regarding Kosovo, Spasojevic said.

Spasojevic said he spoke to U.S. defense officials about accelerating the cooperative activities between the Pentagon and Serbia&#8217;s Ministry of Defense, which began when the two parties signed a status of forces agreement in September 2006.

The SOFA opened the door to a partnership between a Serbian special operations unit and the Ohio National Guard, which began immediately after the agreement was signed.

In one year, the two groups have conducted 21 joint exercises. The most recent ended Sept. 19 in Serbia and included 40 Ohio Guardsmen, Spasojevic said.