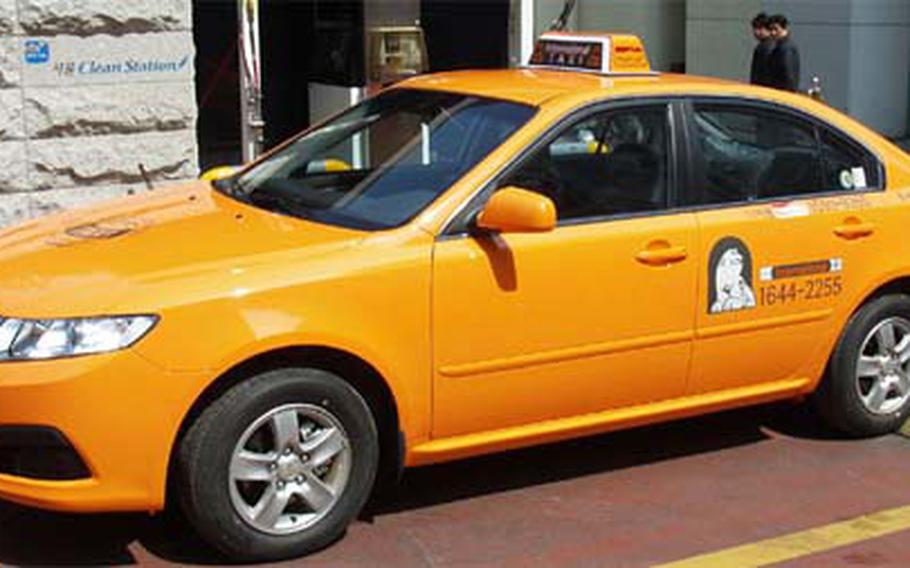 Seoul will introduce "international taxis" on Friday, hoping to make it easier for foreigners to get around the city by offering scheduled pickups and translation services &#8212; for a price.

The cabs can be reserved by phone or Internet in English or Japanese, and they accept T-Money cards and credit cards. All drivers will have passed foreign language tests given by the city.

"The international taxis are going to be an important part of the tourism infrastructure," a city official said in a news release.

"It will help reduce such problems as language barrier, rip-offs, reckless driving and unkindness."

But the convenience doesn&#8217;t come free. The international taxis charge a 20 percent surcharge on top of the regular metered fare.

The extra fee doesn&#8217;t sit well with some expatriates, who say it amounts to discrimination.

"I think all taxi rates should be equal and foreigners shouldn&#8217;t be penalized for language,&#8217;&#8217; Barrington Edwards, 37, a curriculum specialist, told the Korea Times.

Hwang In-dong of the traffic service department of Seoul Metropolitan Government said the charge is not excessive considering what customers are getting for their money. With their uniformed drivers and arranged pickup service, the taxis function more like a chauffeur service than an ordinary taxi.

And Hwang emphasized that running empty cabs on their way to pick up passengers is costly.

"Based on this system and extraordinary high-quality services, we are sure that it is not expensive at all," he said.