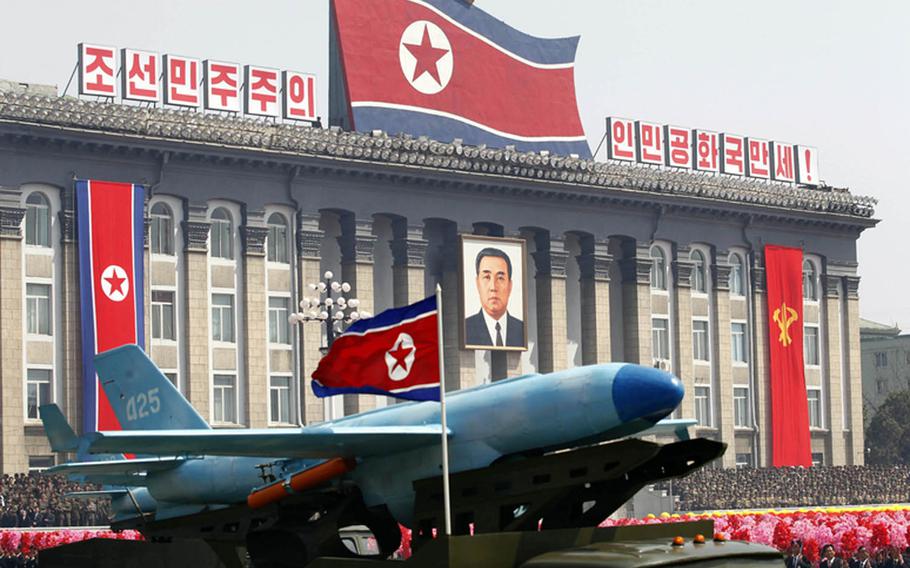 SEOUL, South Korea — The Ministry of National Defense said Friday it plans to develop laser technology capable of shooting down North Korean drones by next year.

South Korean military officials have estimated Pyongyang has some 300 drones capable of surveillance and around 10 that could conduct attacks with weapons, according to South Korea’s Yonhap news agency.

The ministry said in a statement that it has begun work on a laser weapon system that could intercept small drones along with a wireless power transfer system to improve operational capabilities.

A ministry official, who spoke on condition of anonymity, said the interception technology would be ready by next year while the overall system would be completed by 2021.

South Kore claims several unmanned aerial vehicles sent by the North have been found in recent years south of the heavily fortified border that divides the peninsula. North Korea has denied ownership.

Drones raise concerns because their relatively small size and ability to fly low allows them to more easily avoid radar detection or interception.

The announcement comes as tensions over North Korea’s weapons programs have rolled over into the new year.

Leader Kim Jong Un said Sunday that his country was close to test-launching an intercontinental ballistic missile that could potentially target the U.S. mainland.

U.S. President-elect Donald Trump responded with a tweet that declared “It won’t happen!”

U.S. Deputy Secretary of State Antony Blinken said Thursday that the North has demonstrated a “qualitative” improvement in its nuclear and missile capabilities despite the fact that many of the missile tests failed.

“Even a so-called failure is progress,” he told a news conference after meeting with his South Korean and Japanese counterparts in Washington.

“They apply what they have learned to their technology and to the next test. And in our assessment, we have a qualitative improvement in their capabilities in the past year as a result of this unprecedented level of activity,” he said.

Blinken said the progress showed the need to maintain pressure on North Korea to abandon its nuclear weapons program and return to the negotiating table.

Pyongyang has vowed to persist with its goals despite tightened U.N. economic sanctions.

Meanwhile, South Korea’s Ministry of Unification, which oversees inter-Korean affairs, said there was no sign of an “imminent provocation” in connection with Kim Jong Un’s birthday, which is Sunday.

“We’re closely watching and fully prepared for it, but as far as we know, there’s no sign of an ‘imminent provocation,’ ” spokesman Jeong Joon-hee told a regular briefing.