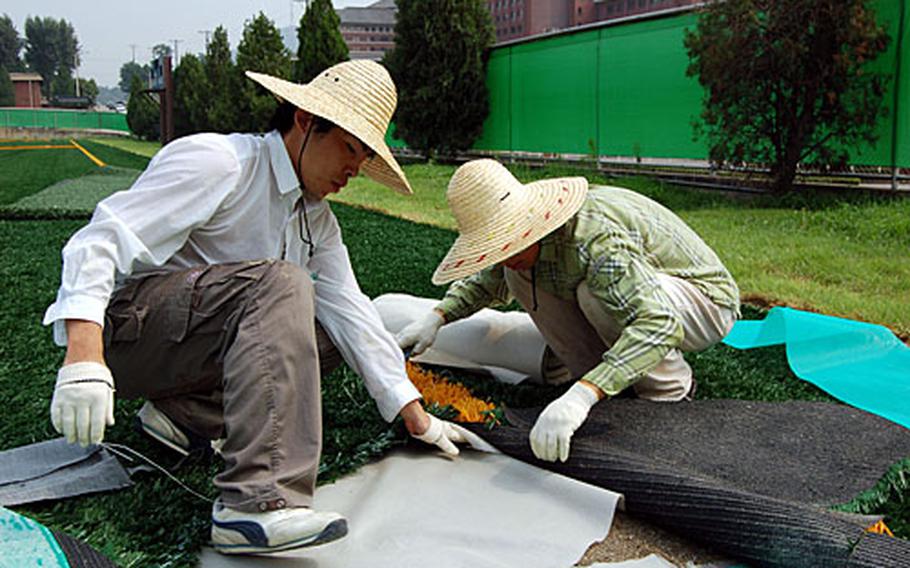 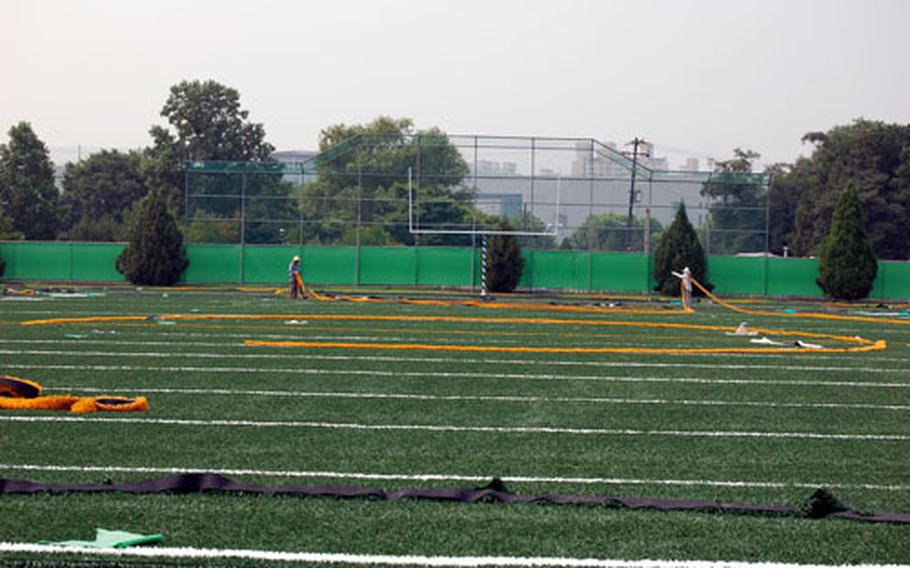 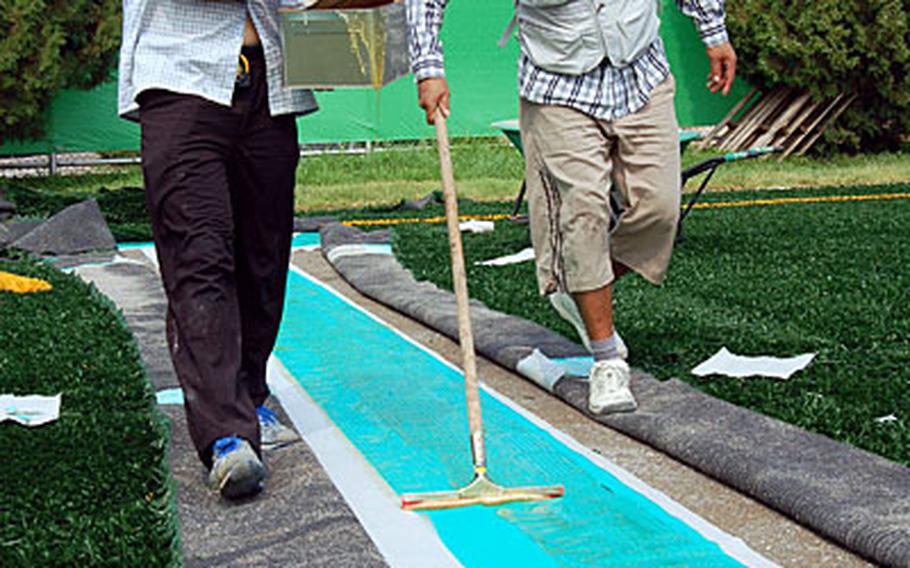 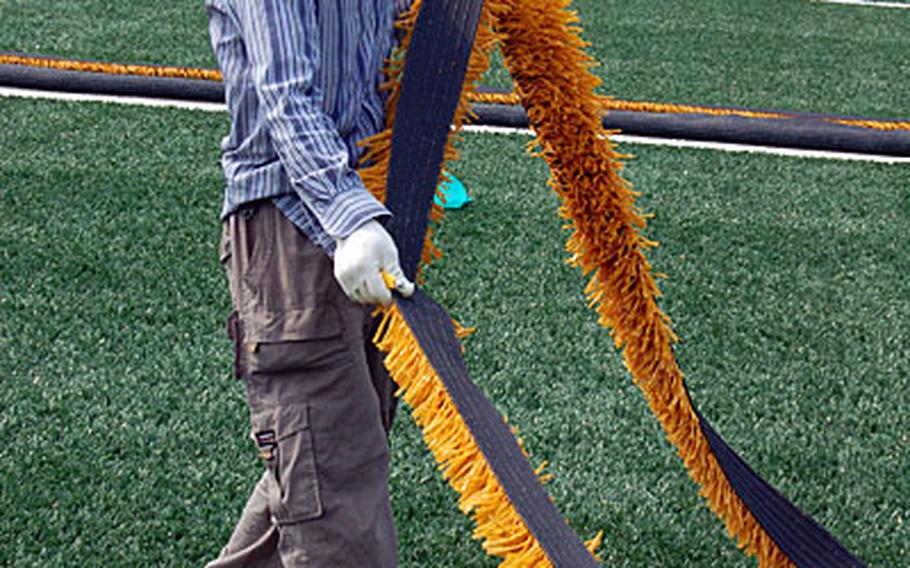 Construction workers at the site Friday said the $746,000 renovation should be complete in a matter of days.

When finished, Falcon Field is supposed to be able to withstand typhoon-level rains without puddling, reduce injuries and virtually eliminate maintenance costs, according to Morale Welfare and Recreation officials.

Falcon Field is the latest to undergo renovations as part of an ongoing program affecting 13 fields at Army installations throughout South Korea.

One field at Yongsan Garrison, as well as two at Camp Humphreys and one each at camps Casey, Carroll and Henry already have been completed.

Currently under construction are Falcon Field and Yongsan Field Five, which is scheduled for completion in September.

Plans for additional fields at Yongsan Garrison, Camps Hovey, Walker and George as well as K-16 Air Base are also in the works.

The renovation projects run from about $750,000 for just turf to more elaborate projects costing more than $5 million.

MWR Division Chief Daniel Ahern said he expects to see a return on the investment in between five and ten years after completion of each project, as major field maintenance will no longer be required.

&#8220;Aside from the financial and environmental considerations of not having to run mowers weekly during the growth season, the major plus of these fields is how they improve soldier and family-member sports activities,&#8221; said Ahern. &#8220;[It is] tough to put a dollar amount on that. What is it like to be a soldier here on a 13-month tour whose soccer or softball field was taped off to allow resodded or oversown fields to reestablish?&#8221;

The drainage, Ahern said, is particularly helpful during softball season, which coincides with monsoon season in South Korea.

&#8220;I was told by [U.S. Army Garrison] Humphreys MWR that they did an entire softball season last summer on their new Soldiers&#8217; Field without a single reportable injury,&#8221; Ahern said. &#8220;That is just unheard of. Footing is great. Slips and falls are rare and the surface helps absorb spills when they do occur.&#8221;