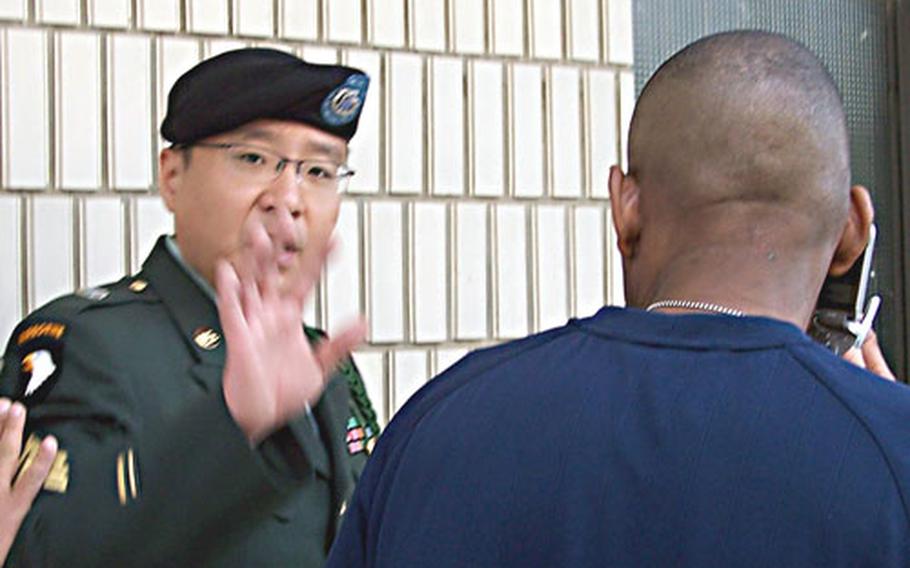 Han, 36, who became a U.S. citizen in 1992, appealed his original 10-month sentence on the grounds that he could not be expected to know that his false marriage promise was illegal.

At his earlier trial, Han expressed remorse after admitting to dating Kim Hyo-jin in 2005 and promising to marry her, even though he was still with a woman he married in 2004. An adultery charge against Han was dropped at that trial.

Bae asked Han if he had attempted to make a similar settlement with Kim.

Kim later told Stars and Stripes that she petitioned the court May 18, saying she would never settle and wanted Han punished.

Han hired someone to pretend to be his father at a traditional arranged meeting of the prospective bride and groom&#8217;s parents, according to court testimony.

Kim said she gave up her home and job in Australia and moved back to Seoul to marry Han. Both Kim and Han&#8217;s wife said that he lied about his rank and income while dating them.

Han can appeal the sentence to South Korea&#8217;s Supreme Court within one week.