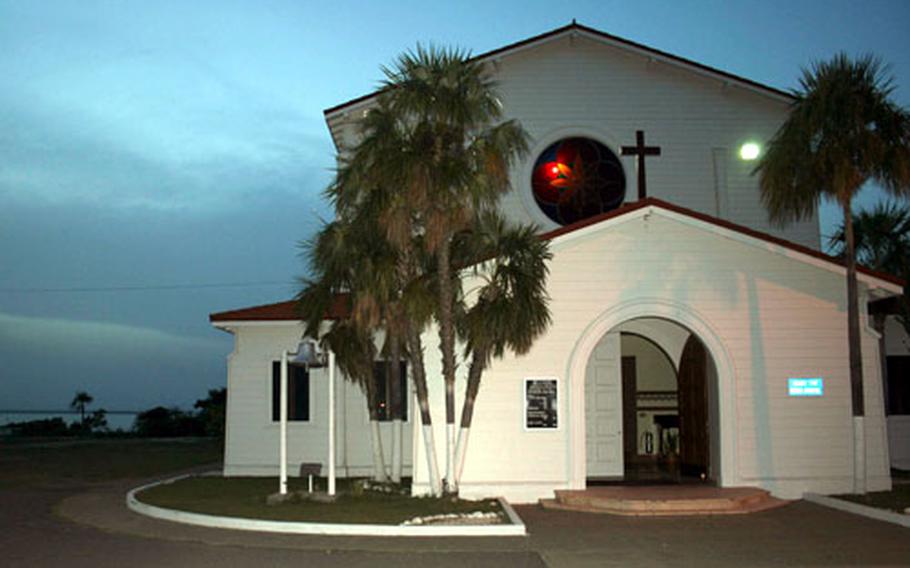 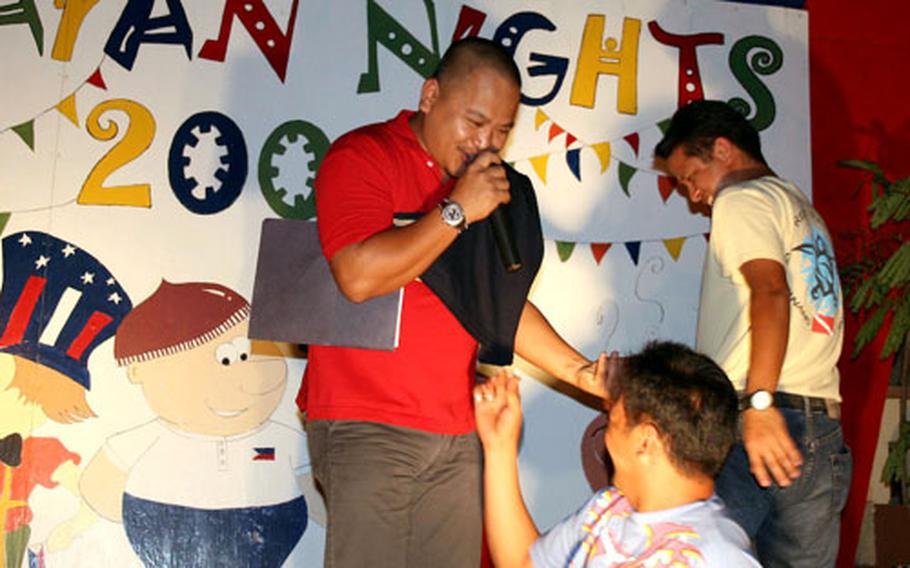 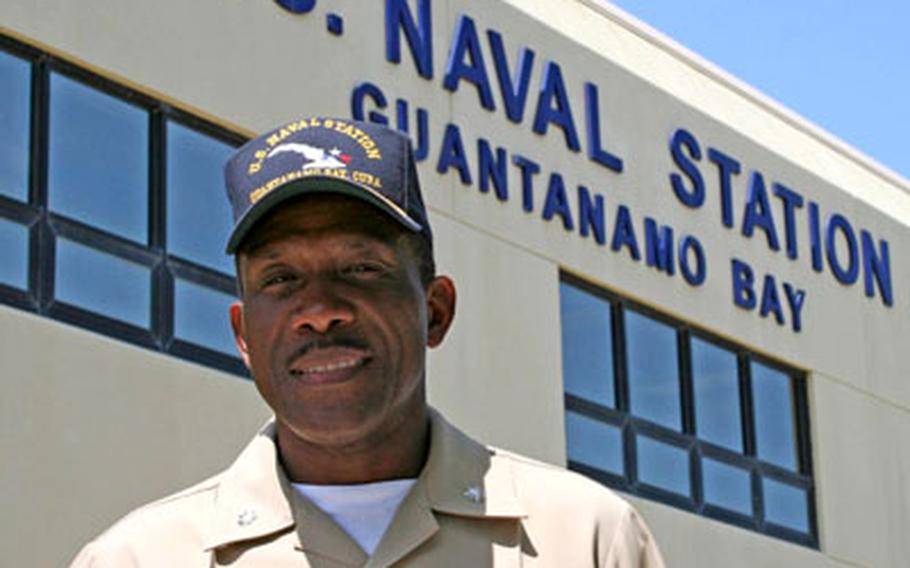 Cmdr. Sylvester Moore, executive officer of the naval station, says the public support on base he’s witnessed in a year and a half is "just awesome." (Emily Brown / S&S) 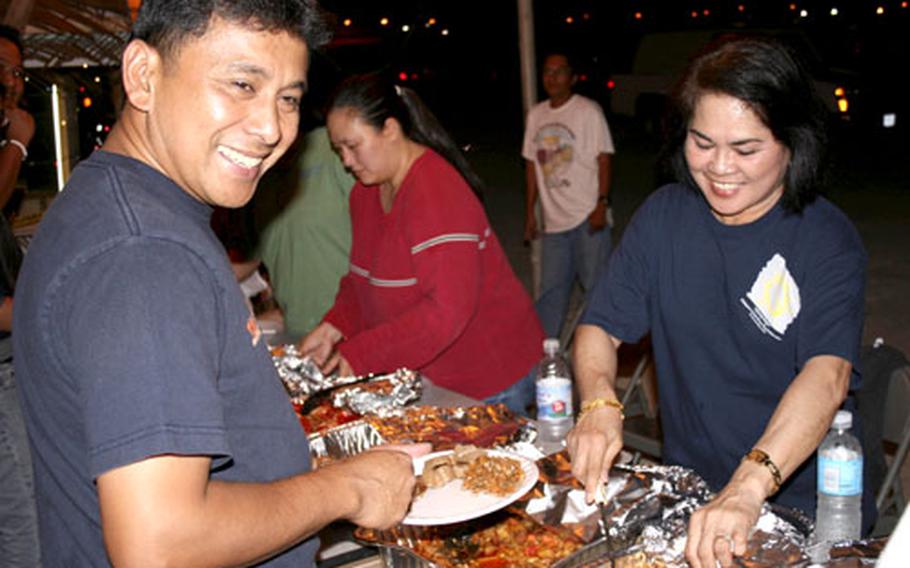 Gitmo residents make their way down a buffet of homemade Philippine dishes during a fundraiser for a Philippine Independence Day celebration. (Emily Brown / S&S) 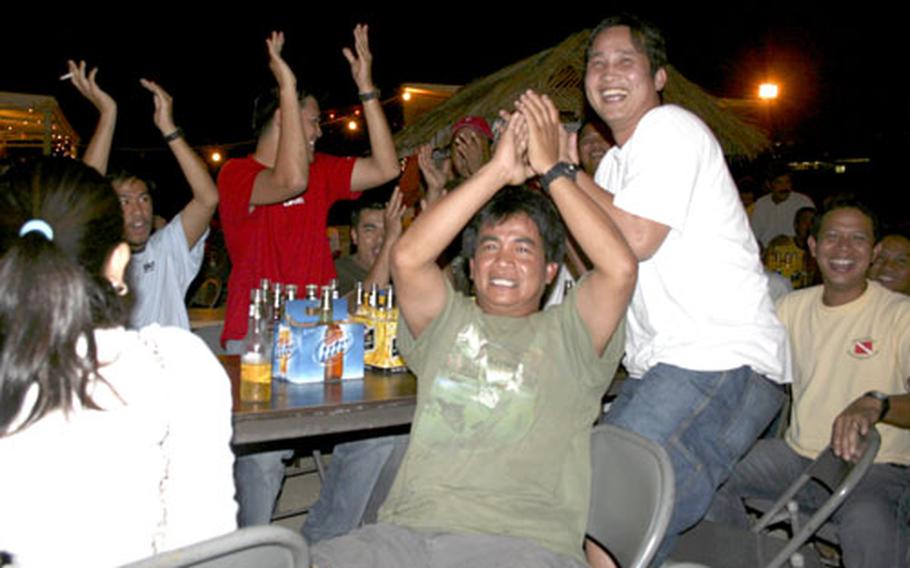 Isolation is something residents of Guantanamo Bay have to come to terms with. They are, after all, limited to about 45 square miles of land with a bay, mud flats and jagged hills taking up most of it.

The Republic of Cuba is their neighbor to the north &#8212; a place few Americans under the age of 60 have seen. To the south is the Caribbean Sea.

Fort Lauderdale, Fla., is a 3&#189;-hour plane ride away. Flights, often on a noisy prop plane, leave regularly but are reserved well in advance and fill up fast. Most come with a waiting list.

And yet, "isolation" doesn&#8217;t come up in many conversations, but the word "community" does.

A Friday night dance recital sponsored by the Morale, Welfare and Recreation department packed the Windjammer, an activities and dining building.

There is plenty of security, with Marines guarding the fence line, police patrolling the base and the Joint Task Force mission supervising terror detainees. That and the geographical confines create a feeling of safety not usually found in the States, said Taylor Edwards, a reading specialist at the elementary school who raised two sons at Gitmo.

No one locks car doors or sometimes even their homes.

When Edwards came to the naval station in 1996 there were no cell phones, no ATMs and the base had its original 1960s gas station, she said. She&#8217;d let her sons walk to the movie amphitheater and know they were safe.

"I never thought about where my boys were," she said. "They were on the island. It&#8217;s like a small family, a small community. You can have a [parent-teacher] conference in the grocery store."

Before the JTF came there were more families on base than single people and everyone knew everyone else, said Craig Basel, director of MWR.

"It was really a little town. Kind of an Andy Griffith-Mayberry thing," Basel said.

Cmdr. Sylvester Moore, the executive officer, said the public support on base he&#8217;s witnessed in a year and a half is "just awesome."

Distractions are limited, he said, as are some resources.

"We recognize that we&#8217;re all in this together, so that creates the mind set for community."