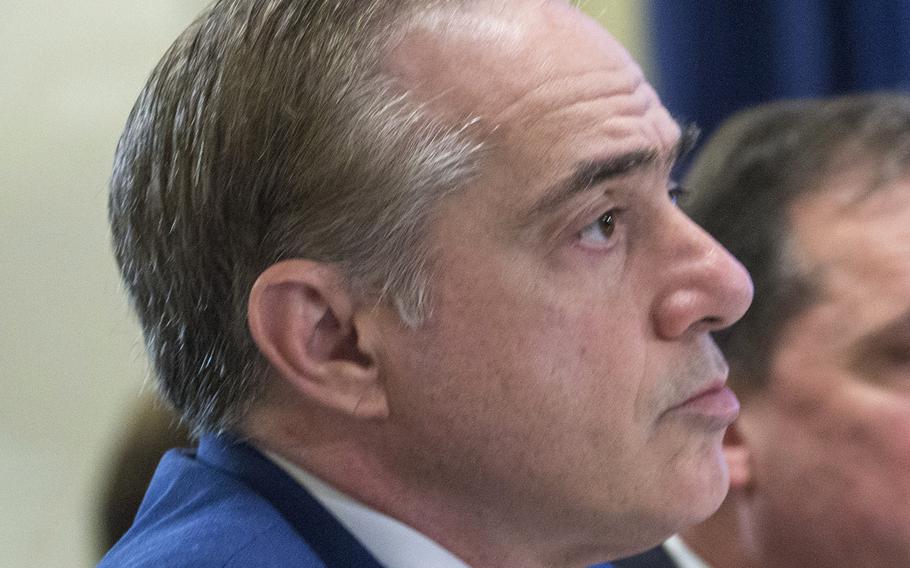 WASHINGTON – Four Democratic senators said Thursday that they are troubled by Department of Veterans Affairs Secretary David Shulkin’s response to findings of ethical violations connected to his taxpayer-funded trip to Europe last summer.

In a letter to Shulkin, Sens. Jon Tester, D-Mont., Richard Blumenthal, D-Conn., Tammy Baldwin, D-Wisc., and Bob Casey, D-Penn., asked for more transparency from Shulkin, which they said is necessary to regain the trust of Congress, veterans and taxpayers.

“[We] want to be clear about our disappointment in what was clearly a considerable lack of judgement,” they wrote. “Further, we are troubled by the overly defensive response from you… which indicates a lack of understanding or appreciation for the high standard to which you are held as a Cabinet official.”

VA Inspector General Michael Missal released findings Feb. 14 that Shulkin improperly accepted tickets to a tennis match at Wimbledon for himself and his wife, Dr. Merle Bari, on an official trip to Copenhagen and London for a veterans summit with allied countries. Further, much of the trip was spent sightseeing, the report states, and a VA employee used official time acting as a personal travel concierge to Shulkin and Bari.

Senators wrote the letter after reading the report in full, said Cassie Byerly, press assistant with the Senate Committee on Veterans’ Affairs. The report is 97 pages, with a 16-page rebuttal from Shulkin’s lawyers.

In the rebuttal, Shulkin’s lawyers said they have “grave concerns” about the report, which they argued ignored critical facts, presented a one-sided version of events and was factually and logically flawed.

In his own letter, Shulkin accused Missal of bias and said he was “deeply concerned” about how the office conducted the investigation.

“A report of this nature is a direct assault on my spouse, my character, and my unblemished record of service to the Veterans Affairs Administration,” he wrote.

VA Deputy Secretary Thomas Bowman also sent a letter in response to the report, in which he questions whether the IG’s investigation was complete and objective. Tester, Blumenthal, Baldwin and Casey said they thought Bowman’s response, like Shulkin’s, was overly defensive.

The day that the report was released, Shulkin said he repaid the U.S. Treasury for Bari’s travel expenses. The senators asked him Thursday to inform them of the total amount paid. They also asked him to list reasons and justifications for why each person on the Europe trip was there.

The senators also want a broad review of how the VA handles official travel. If any more wrongdoing is found regarding the Europe trip or other travel, they want action to be taken against “any and all levels of employees.”

“We expect a report to be issued to the committees at the conclusion of this top-to-bottom review of travel policies,” the senators wrote.

Shulkin needed to comply with their request in order to “restore the trust of veterans, taxpayers, and Congress,” they wrote.

For days following the report, it was unclear whether Shulkin would keep his job.

Tensions between political employees installed at the VA and Shulkin, Wright Simpson and Bowman emerged after the IG report was released, and major veterans organizations purported White House insiders were using the moment to interfere in the agency.

The White House has not come out with an official, public statement on the IG report, but some veterans organizations said they have been led to believe Shulkin will not be ousted as a result of the ethical violations or the infighting at the agency.

“I believe that what they’ve decided to do is move forward,” American Legion Executive Director Verna Jones told reporters Wednesday. “We don’t know how long it’s going to last, but unless something else happens, I think that the decision has been made that David Shulkin is going to remain the secretary.”

On Tuesday, Shulkin told Politico that he had the support of the White House to investigate “subversion” within the VA and remove anyone who might be working against him.

Jones and Louis Celli, national director of veterans affairs and rehabilitation at the Legion, said they believed some political appointees were attempting to replace Shulkin and other longtime civil servants in an attempt to privatize the VA health care system. The Legion supports Shulkin’s efforts to remove them, they said.

Jones and Celli said parts of the IG report were disingenuous and argued Shulkin’s actions were not harmful enough to warrant his removal. They view him as the last bastion keeping Trump’s administration from an aggressive expansion of veterans’ medical care into the private sector.

“We’re not excusing any wrongdoing,” Jones said. “But in the big scheme of things, if veterans can get into the VA health care system, if they can get their benefits, if homelessness and unemployment is reduced… sometimes you have to take the punishment that’s given to you for what you’ve done, know better, get better and move on.”