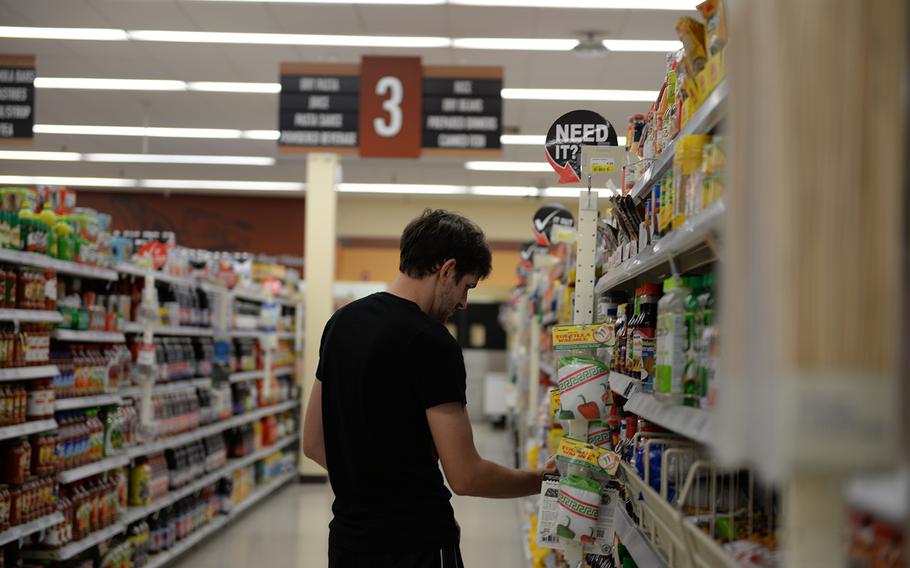 WASHINGTON — More veterans would be allowed to shop at discounted on-base stores under legislation introduced Thursday in the Senate.

Sens. Brian Schatz, D-Hawaii, and John Boozman, R-Ark., introduced the Purple Heart and Disabled Veterans Equal Access Act of 2018 to extend commissary and exchange benefits to more veterans. The bill would open eligibility to shop at commissaries to all Purple Heart recipients, Medal of Honor recipients, former prisoners of war and veterans with disabilities connected to their military service. It would also extend eligibility to veteran caregivers.

“Expanding the commissary privilege is a small way that we can show our appreciation to this special and deserving group of veterans,” Boozman said in a prepared statement. “This will help them and their caregivers save money and support the commissary and exchange programs.”

Commissaries and exchanges are on-base stores that sell discounted groceries, clothing, appliances and other items. Eligibility is now limited to active-duty troops, members of the National Guard and Reserve, military retirees, family members and some veterans.

On Nov. 11, 2017, which is Veterans Day, the military began allowing all honorably discharged veterans to shop at online exchanges, increasing the benefit to nearly 20 million potential customers. However, the change didn’t apply to brick-and-mortar stores.

Besides being a benefit to more veterans, the senators are positing the extension in eligibility as a way to turn around declining revenues for on-base stores.

“The added bonus to our bill is that it will strengthen the commissary system in the long run, which is good for both active-duty personnel and American taxpayers,” Schatz said in a statement.

Rep. Daniel Lipinski, D-Ill., introduced the bill in the House in April. The measure made it into the House version of the 2019 National Defense Authorization Act approved in May.

In addition to introducing the bill in the Senate, Schatz and Boozman are urging lawmakers include the measure in the final version of the NDAA, which is being negotiated now by a committee of senators and House members.

Schatz and Boozman wrote a letter to leaders of the Senate Armed Services Committee, who are involved in the negotiations, asking they take it into consideration.

“Expanding access to new patron groups promises to ensure long-term, sustainable access to commissary privilege — consistently ranked one of the most important non-cash compensation benefit among servicemembers,” they wrote.

In addition to allowing more veterans to use commissaries and exchanges, the bill would allow them to access lodging facilities that fall under military Morale, Welfare and Recreation services.

It’s uncertain when lawmakers will decide whether the measure makes it into the NDAA. The committee began its talks Wednesday.