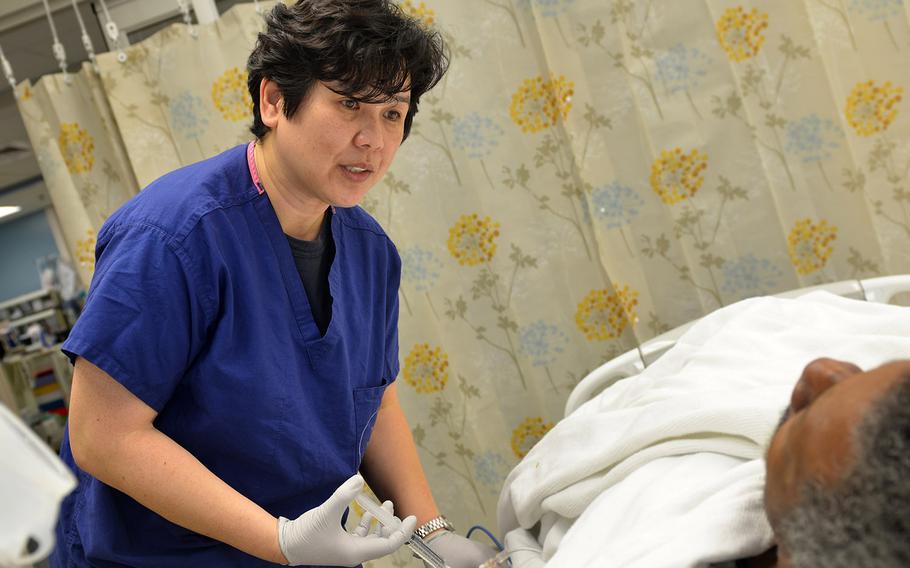 WASHINGTON — A group of senators led by Arizona Republican John McCain are seeking assurances that money spent on private health care for veterans is well-managed by the Department of Veterans Affairs.

McCain and Sens. Jon Tester, D-Mont., Tim Kaine, D-Va., and Joe Manchin, D-W.Va., introduced legislation to prevent future funding crises at the VA that put veterans’ health care and benefits at risk. The “VA Financial Accountability Act” is a response to the multiple funding shortfalls this year in the Veterans Choice Program, which allows veterans to seek care in the private sector.

“Over the past several months, we’ve seen the VA lurch from funding crisis to funding crisis because of its inability to effectively manage its budget,” McCain said in a prepared statement. “Our veterans deserve to have certainty that their access to quality care in the community through the Veterans Choice Program will continue uninterrupted.”

McCain helped create the Choice program in 2014, following the VA wait-time scandal that was first discovered at the VA hospital in Phoenix.

VA Secretary David Shulkin alerted senators in June that the Choice program was quickly and unexpectedly running out of money. Veterans with long-term medical issues reported their health care was interrupted as requests for appointments through the program accumulated. The VA also warned the funding shortage could cause layoffs at third-party administrators. Two months later, Congress passed a $2.1 billion emergency funding measure – just days before the account was expected to be depleted.

There’s now concern that the Choice program is facing another shortfall.

The funding provided the VA in August was estimated to last until February. The VA’s latest estimate is the money will run out before January.

Shulkin has attributed the funding shortfalls to the program’s increased popularity and the difficulty of estimating how much money will be needed.

The VA Financial Accountability Act would require the VA to hire an independent auditor to review the agency’s financial processes and make recommendations. It also calls for the VA to make emergency funding requests at least 45 days before veterans’ health care or benefits are affected. Also under the bill, the VA’s chief financial officer must sign off on the department’s annual budget request.

“It was troubling to hear recently that the VA will need additional money for the Choice program earlier than expected after Congress just authorized more funding for it,” Kaine said in a prepared statement. “The VA’s uncertainty about exactly when Choice funding will be run out affects Congress’ ability to responsibly budget.”

The Choice program has been criticized as complex and bureaucratic, and Congress is beginning a debate this fall about how to reform it. Shulkin said he expects legislation to be passed by mid-November – before there’s another funding crisis.

There’s likely to be conflict in the debate, as some major veterans’ groups have expressed concern the billions of dollars going toward private-sector care is undermining the VA system.

McCain also said the reform efforts would “continue to face difficulty” until the VA gets a grasp on its finances.

“The VA’s inability to provide Congress with an accurate budget is hurting veterans and taxpayers across this nation,” Tester said in a prepared statement. “We can’t keep throwing money at the VA without more accountability over their budget and spending practices.”