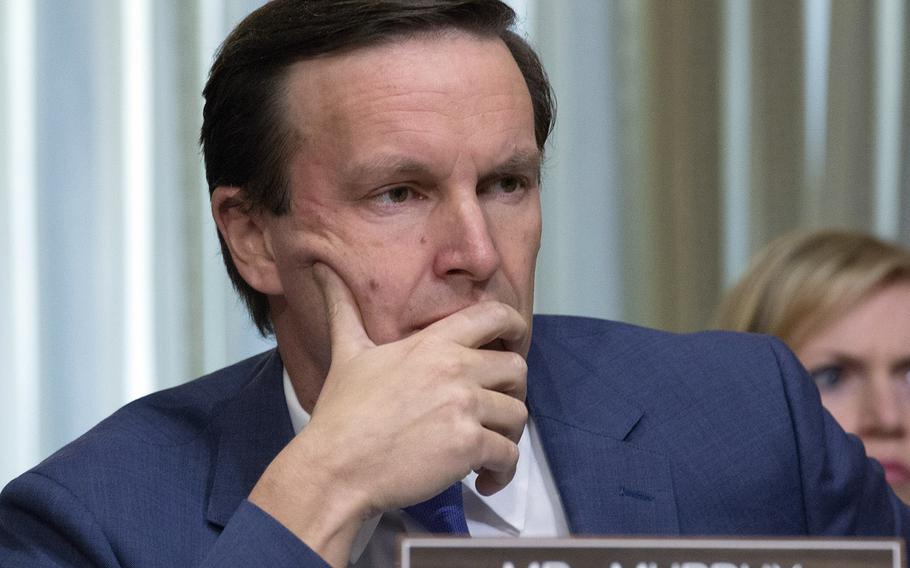 WASHINGTON – A senator who championed legislation earlier this year to increase access to mental and behavioral health care for veterans with other-than-honorable discharges is worried the word isn’t getting out to the thousands of veterans now eligible for care they were previously denied.

The Honor Our Commitment Act, approved as part of large appropriations bill in March, requires the Department of Veterans Affairs to provide veterans with mental health screenings and care, even if they received other-than-honorable discharges. Veterans who served in a combat zone or area of hostilities, worked as drone operators in combat zones or experienced sexual abuse or assault are eligible.

The law required the VA to inform eligible veterans of the change by Sept. 18 – 180 days after the bill passed. Sen. Chris Murphy, D-Conn., who introduced the measure, said he’s unaware of any efforts the VA has made to spread the word.

In a letter to VA Secretary Robert Wilkie on Tuesday, Murphy said he’s inquired with the VA multiple times about it and received no response.

“Our priority needs to be providing needed care to the veterans who have earned it, and I am gravely concerned that the department’s apparent failure to notify them in accordance with the law puts them at increased risk for mental and behavioral health problems,” Murphy wrote.

Some lawmakers and veterans advocates have long argued servicemembers with other-than-honorable discharges, known as bad paper, were in many cases unjustly released from the military because of mental health issues. Their discharge status prevents them from getting certain VA benefits.

Kristofer Goldsmith, who has an other-than-honorable discharge and advocates for others in the same situation, said in March that Murphy’s measure “marks a major shift towards justice for those veterans who have for so long been denied it.”

On Thursday, Goldsmith said it’s “extremely frustrating” the VA hasn’t reached veterans to let them know of the change.

“I’m glad the VA opened up services to veterans with other-than-honorable [discharges], but right now it seems like VA is doing it in name only,” he said.

Murphy’s Honor Our Commitment Act builds upon a program that former VA Secretary David Shulkin started in July 2017 allowing veterans with bad paper to receive emergency mental health services for up to 90 days. During the 90 days, the VA determines whether a veteran’s mental health condition is the result of their military service and decides if they’re eligible for continued VA care.

According to statistics the VA shared with lawmakers in June, only 115 veterans nationwide sought to use the program in its first year, though thousands are eligible. In 42 of those cases, the VA reviewed veterans’ military discharges and determined they were eligible for ongoing VA health care.

Rep. Scott Peters, D-Calif., mentioned the issue last week at a House Committee on Veterans’ Affairs hearing on veteran suicide. He asked VA representatives how they’ve been informing veterans of the 90-day program. Keita Franklin, the national director of the VA suicide prevention office, said veterans with other-than-honorable discharges were “at the top of our minds” in her office.

“When this first got passed out, we made great strides to put the word out,” Franklin said. “We brought in all of the veterans service organizations and asked for help to reach out to their membership. We did all of this great work. Some time has gone by now… we need to refresh it.”

In his letter Tuesday, Murphy blamed the VA for not notifying veterans about the program, calling it a “critical failure.” He’s worried it’s happening again, with the Honor Our Commitment Act.

“The VA must not make the same mistake twice,” he wrote.

The VA did not respond to questions Thursday about their outreach efforts.