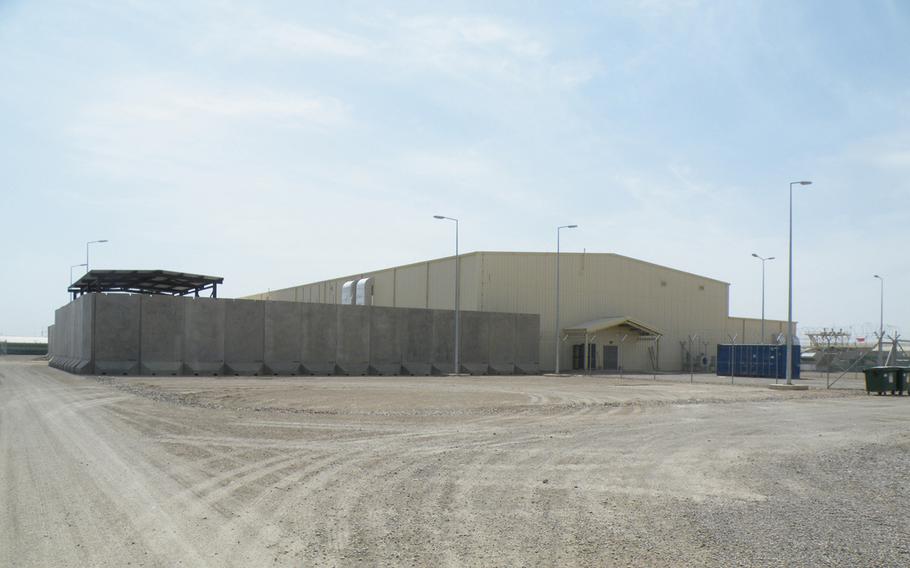 The Regional Command-Southwest Command and Control Facility is a 64,000-square-foot structure built for $36 million to serve as command headquarters at Camp Leatherneck in Helmand, Afghanistan, despite the objections of senior officers. It likely will never be used by the U.S. military. (Special Inspector General for Afghanistan) The Long Endurance Multi-Intelligence Vehicle above Joint Base McGuire-Dix-Lakehurst, N.J., during its first flight on Aug. 7, 2012. The LEMV is intended to provide warfighters with multi-intelligence sensors capable of persistent intelligence, surveillance, and reconnaissance in a forward combat environment. (U.S. Army) 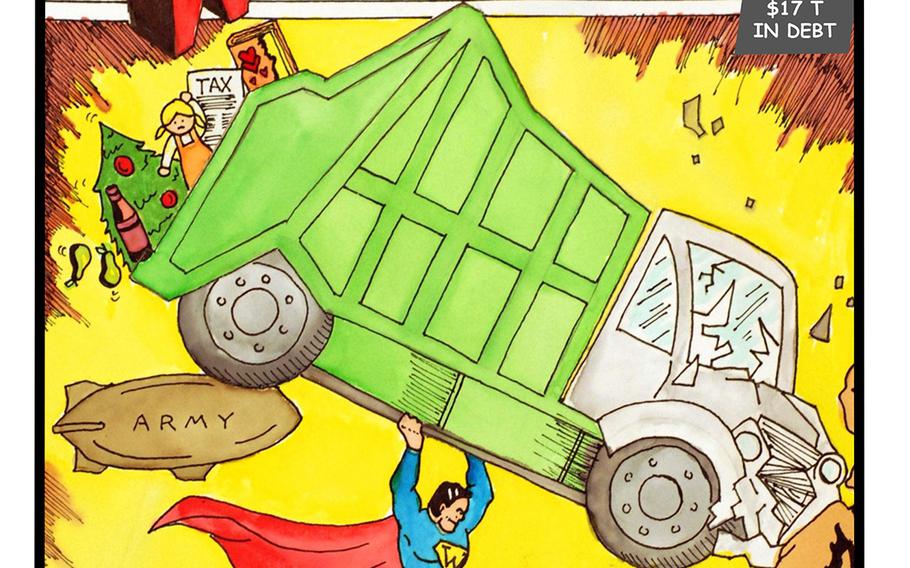 The lack of Republican power in the Senate, according to Sen. Tom Coburn , R-Okla., will likely mean there will be no legislative fix to his "Wastebook," which he unveiled in December 2013 to detail such spending boondoggles as a $34 million complex in Afghanistan that was never used, a $29 million contract with a NASCAR driver and $400,000 spent on under-used Air Force transport planes. (Courtesy Sen. Tom Coburn)

WASHINGTON — Legislation may be coming in the Senate this year from a Republican senator who is fed up with waste at the Pentagon.

But don’t count on it.

Sen. Tom Coburn of Oklahoma said this week that the lack of Republican power in the Senate will likely mean there will be no legislative fix to his “wastebook,” which he unveiled late last month to detail such spending boondoggles as a $34 million complex in Afghanistan that was never used, a $29 million contract with a NASCAR driver and $400,000 spent on under-used Air Force transport planes.

It all adds up to $8 billion that Coburn says demonstrates the need for at least an audit of the Pentagon’s books — something that hasn’t happened in 20 years — especially since it comes at a time when servicemembers’ pay and benefits are being scrutinized on Capitol Hill.

But because Republicans don’t control the Senate and don’t lead any oversight committees, Coburn said introducing any legislation would be pointless.

“You would think that committees would look at that and ask, ‘Is this is in our jurisdiction?’ ‘Are there any prohibitions that need to be made?’ ‘Is there any oversight that needs to be done?’ But we haven’t had that ability. I don’t have the ability to offer amendments.”

At the Defense Department, spokesman Bill Urban said the Pentagon is chugging ahead with plans for an audit — by the 2017 fiscal year. He noted that about a fifth of the DOD budget is under audit or has passed one, which represents about $200 billion. But he also noted the challenges of opening a full audit on such a large and complex organization.

“The sheer size of the department represents a challenge in terms of ensuring that everyone is involved, but we are already making progress,” he said.

In a floor speech just before Congress adjourned for Christmas, Coburn blamed Congress just as much as the Defense Department. Citing the waste, he was one of only 15 senators to vote against the defense bill.

“What is obvious from the waste, fraud and abuse, contract failures within the Pentagon, is they have no clue on what they are doing,” he said. “We did not do the oversight; we have not forced that. You will never get control of those programs until you make them be able to account for what they are doing.”

Senate Armed Services Committee Chairman Carl Levin, D-Mich., said his staff has scoured Coburn’s list and is “always on the lookout for waste,” but said there was no specific item he wanted to repeal or nullify.

Coburn’s list focuses on the Defense Department, and it does not skimp on specifics:

A $297 million, football field-sized blimp that would provide continuous surveillance of the Afghan battlefield. After it canceled the program, the Army sold the airship back to the contractor that was building it for $301,000. $7 billion worth of equipment — mostly Mine-Resistant Ambush Protected vehicles — are being transferred to other countries or destroyed in Afghanistan instead of shipped back to the U.S. Defense Department Spokesman Mark Wright notes that the vehicles became unnecessary because the war has been drawing to a close, and about 1,600 of the MRAPs remain. Rather than ship them back at a cost of up to $450,000, he said DOD will save about $500 million by sending them to allied countries or selling them as scrap. The National Guard’s $29 million promotional contract with NASCAR driver Dale Earnhardt Jr. National Guard spokeswoman Michelle Hall responded that the contract generated $75 million worth of media exposure and allowed the Guard to tap into NASCAR’s fan base of 77 million people. The $34 million, 64,000-square foot Camp Leatherneck complex in Afghanistan, which the Defense Department has never used and is the subject of an ongoing investigation by a federal inspector general. Defense Department spokeswoman Elissa Smith said an investigation has already shown the need for the facility was validated at the time and that no fraud occurred. She also said U.S. troops who stay in Afghanistan may end up using the complex. Nearly $300,000 worth of benefits paid by the Army to Maj. Nadal Hasan, the admitted murderer of 13 people at Fort Hood, Texas, before his conviction in August. Army spokesman Troy Rolan pointed to the U.S. Constitution, noting the Fifth Amendment’s right to innocence before being proven guilty by a court — meaning Hasan was entitled to continue receiving his base pay. More than $400,000 spent on C-27J tactical transport planes that were never used, Coburn said. Air Force spokeswoman Ann Stefanek disputes that, however — she said the planes were initially used in Afghanistan but that the war’s drawdown and fiscal pressures made them impractical. They have been sent to the U.S. Special Operations Command and the U.S. Coast Guard, “so there has not been a waste to the taxpayers,” she said. The “wastebook” does not spare nondefense spending, singling out the National Endowment of the Humanities for spending more than $900,000 since 2010 on a program to study romance novels.

The “wastebook” has endeared Coburn to watchdog groups such as the Project on Government Oversight. Ethan Rosenkranz, a national security policy analyst at POGO, said the defense-related spending cited by Coburn has long been overlooked.

Rosenkranz said POGO has been most concerned with DOD spending on transport planes and destroying MRAP vehicles in Afghanistan instead of paying to ship them back to the U.S.

Sen. James Inhofe, like Coburn an Oklahoma Republican, is the top GOP member of the Senate Armed Services Committee. He said the Defense Department is always a popular target because of its size, but also noted that Coburn is not on the committee and some of his “wastebook” targets at the Pentagon are questionable.

“All of us on the Armed Services Committee are always very cautious because the Defense Department is such a common target. We’re used to that from the Democrats, because they’re anti-defense … I kind of hate to see it coming from Republicans.”

The “wastebook” is viewable at coburn.senate.gov.