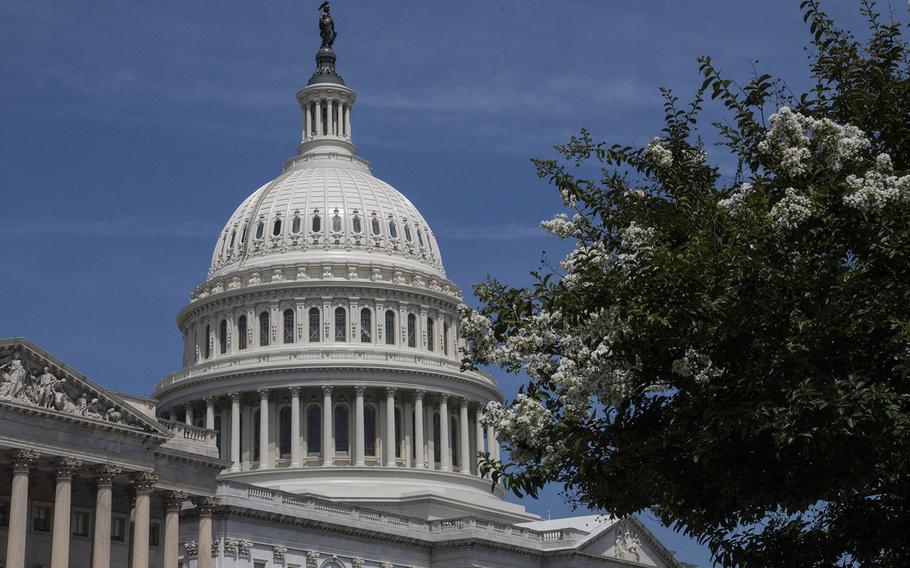 WASHINGTON – The Senate on Wednesday approved a $716 billion defense policy bill that would authorize a wave of significant Defense Department increases, including servicemembers’ pay and the number of troops, equipment and weapons for the 2019 fiscal year.

The National Defense Authorization Act also will usher through a series of new reforms and policy efforts. It passed by a Senate floor vote of 87 to 10.

The legislation now goes to President Donald Trump, and at this pace, the defense bill could see passage ahead of the start of the next fiscal year on Oct. 1, the first on-time passage of the NDAA in 22 years.

“This NDAA builds on the progress we made earlier this year in the bipartisan budget agreement, which provided for the largest year-on-year increase in funding for American armed forces in 15 years,” Senate Majority Leader Mitch McConnell, R-Ky., said ahead of Wednesday’s vote. “This legislation authorizes programs which will contribute to the combat readiness of America’s military to meet emerging and persistent global threats. It helps ensure our servicemembers and their families will receive the full support of a grateful nation.”

In July, a joint panel of House and Senate lawmakers reached a deal on the NDAA after weeks of negotiations that followed a series of discussions and hearings with top military officials. Last week, the House passed the measure by a floor vote of 359 to 54, with most of the no votes coming from Democrats.

The lower chamber’s NDAA vote came at end of the House summer session before its members left Washington for their August recess that extends until Sept. 4. The Senate was slated to work through some of its August recess, but might look for an extended break this month after all.

The NDAA, which directs policy and spending plans for the Defense Department, could reach Trump as early as this week.

However, it remains to be seen when lawmakers will move on companion legislation that actually funds the plan.

For now, the compromise NDAA authorizes a 2.6 percent pay raise for servicemembers, the largest increase in nine years, as well as new purchases of aircrafts, ships, submarines and weapons. It also includes new policy initiatives, such as revamping the military’s promotion system and moves to reign in sexual misconduct in the ranks.

“Servicemembers will benefit from a well-deserved raise in military pay and expanded authority for military family housing and education,” McConnell said from the Senate floor. “None of my colleagues need to look far to find examples of how the needs of our servicemembers will be met by the legislation before us. Our colleagues on the Armed Services Committee carefully developed it. It reflects more than 300 amendments.”

The proposed NDAA also dictates the next steps in creating a Space Force, but stopped short of Trump’s calls for a new military branch. And the bill authorizes a military parade that was triggered by Trump’s interests for an elaborate celebration in Washington in November.

The overall defense policy plan appears to build on momentum to grow the size and might of the military in response to China and Russia’s growing capabilities as laid out in Trump’s $686 billion defense budget proposed earlier this year. The Trump request for fiscal year 2019 included an increase of more than 15,000 active-duty troops, which was matched in the defense plan approved last week in the House.

With a two-year spending deal that lifts budget caps already in place, midterm elections this fall and a more experienced administration, lawmakers are eager to pass the 2019 NDAA earlier than in recent years.

Earlier this year, a budget deal allowed Congress to break imposed caps and increase the defense bill spending limits to $716 billion for 2019.

But as the defense bill remains on track to pass by Oct. 1, some challenges remain.

There are concerns that lawmakers still won’t have that bill to fund the NDAA ready in time for the start of the fiscal year.

Last month, the House passed its defense appropriations measure, H.R. 6187, in a vote of 359 to 49. The Senate has yet to debate the matter.

“When we pass the fiscal year 2019 Defense Appropriations Act, which funds these programs, we’ll have gone yet further in meeting our commitments to the all-volunteer force,” McConnell said. “This NDAA has global and nationwide significance. …I know just how significant an impact this legislation will have on some of our nation’s finest.”

Another potential stumbling block for passing the NDAA on time could be Trump’s recent threat of a federal government shutdown if money isn’t available for a wall along the U.S.-Mexico border. Other concerns also could derail attention given the bill, such as an upcoming debate on Judge Brett Kavanaugh, Trump’s nominee for the Supreme Court.

In such a case of a delay in funding, it’s possible lawmakers might consider another temporary spending measure, which is known as a continuing resolution.