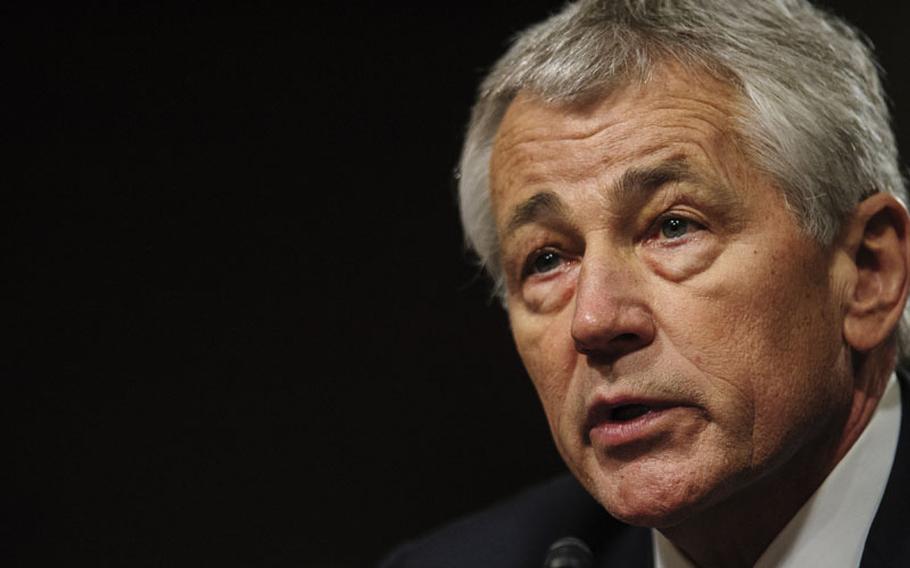 WASHINGTON — The political standoff between Senate Republicans and Democrats over Chuck Hagel reached fever pitch Thursday, with the GOP blocking his nomination for secretary of defense.

Although Democrats tried to stop the delay on Thursday, their attempt came up two-votes short of the 60-votes needed. The Senate now plans to vote on his nomination on Feb. 26, after the Senate's recess next week.

“My Republican colleagues had led us to believe they would not filibuster Senator Chuck Hagel’s confirmation of as secretary of defense. But that has changed,” Senate Majority Leader Harry Reid, D-Nev., said in a statement on Thursday.

The Republicans' decision to delay the vote was "unfortunate," he said: "Nothing is going to change in the next ten days with Chuck Hagel."

GOP leaders, however, maintained the move was "not a filibuster" - rather it was a delay, which was not uncommon with nominations, in order to get legitimate questions answered.

Hagel would be the first secretary of defense whose nomination has ever been filibustered.

"There is a clear majority in the United States Senate for Senator Hagel's confirmation," he said.

Hagel’s nomination was endorsed in 14-to-11 party line vote by the Senate Armed Services Committee on Tuesday, and a full Senate vote was planned for the end of this week.

Democrats currently have a 55-45 edge in the Senate, so they would need five Republican votes to thwart a filibuster, which requires a 60-vote majority to stop.

Reid called out GOP leaders for blocking Hagel’s nomination with “extraneous requests that will never be satisfied.”

“The pattern has been clear for months: as soon as President Obama’s administration responds to one request, Republicans devise another, more outlandish request,” he said.

GOP senators, including Sen. Lindsey Graham, R-S.C., sent a letter Wednesday requesting more information about the Sept. 11 Benghazi attacks or else they would block Hagel’s nomination. The administration responded to that letter yesterday; Reid said he received a copy of the response at 4 p.m.

Graham and McCain said on Thursday afternoon, while they'd gotten their response, other senators still have not.

Sen. Ted Cruz, R-Texas, has asked for more financial information from Hagel, saying that it would show his commitment to the job and willingness to leave no doubt about his potential affiliations with foreign entities.

McCain and Sen. David Vitter, R-La., have also asked for more time to look over the text of recently turned-up speeches.

“It’s tragic they’ve decided to filibuster this qualified nominee -- it is really unfortunate,” Reid said in remarks early Thursday. “For the sake of our country, we need to put aside this national theater and that is what it is.”

He said that the demands and concerns surrounding an upcoming NATO meeting and the sequester make it necessary to quickly confirm a new defense secretary.