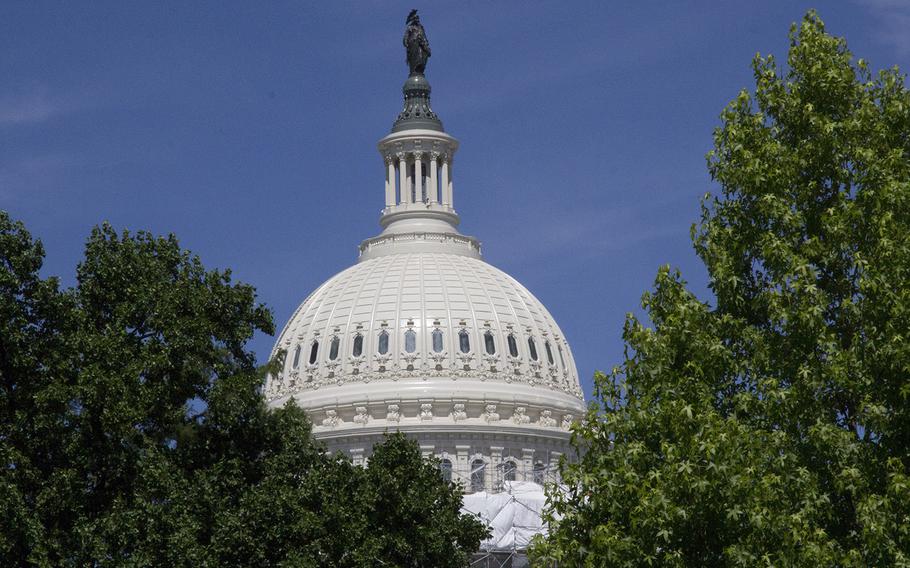 WASHINGTON — The Senate on Tuesday approved an annual defense policy bill despite widespread frustration that no debates were held on Afghan interpreters, military sexual assault prosecutions, women in the draft, and the elimination of a troop fertility program.

Votes on adding those issues to the massive National Defense Authorization Act were blocked by Sen. Mike Lee, R-Utah, who wanted a debate on the indefinite detention of U.S. citizens. Sen. John McCain, R-Ariz., called the move to block the votes “shameful” and said it would lead to interpreters in Afghanistan being assassinated.

“It is either their way or the highway,” McCain said. “I say to my colleagues that is not the way the Senate should work.”

Still, an overwhelming majority of senators supported the $602 billion bill, which offers a frugal vision for the military during the coming year. The Senate backed a drawdown in Army end strength and another low annual pay raise for servicemembers in order to stay within budget caps imposed by law.

The bill sets up a political battle with the House, where lawmakers voted in May to boost military spending by a budget-busting $18 billion. The hike would come from the Islamic State war fund and leave downrange U.S. troops without money beginning in April.

Senators had hoped to add a variety of measures to the defense policy bill. McCain’s proposal would have increased the number of special immigrant visas available to Afghans who worked as interpreters helping the U.S. war effort and now face threats and retribution from the Taliban.

“If we don’t give them an out, an exit, they are going to get killed and it is going to be hard to get anybody to help us in the future,” said Sen. Lindsey Graham, R-S.C., who took to the Senate floor to back McCain’s amendment.

Lee contends that a prior year’s NDAA leaves open the possibility that the president could order the indefinite detention of citizens within the United States. He was attempting to close the loophole but was blocked from a vote by objections from Graham, according to his staff.

The fight forced most other debates off the Senate floor.

A long-fought proposal by Sen. Kirsten Gillibrand, D-N.Y., to overhaul how military sexual assaults are prosecuted was among hundreds of amendments filed but never voted on.

It was an anticlimactic end for the legislation, which failed by narrow margins in votes during the past two years. Gillibrand said she was “deeply upset” by the lack of debate this year.

Her amendment would have taken away commanders’ authority to decide whether sexual assault cases are tried in court martial and instead give the responsibility to military prosecutors. Proponents, who included Sen. Chuck Grassley, R-Iowa, said command influence has led to unfair treatment of sex assault victims and light punishments for perpetrators, but the military has argued commanders can make prosecutions a higher priority.

“Today is a setback in our fight on survivors’ behalf but it is no more than that,” Gillibrand said in a released statement.

The Senate also missed a chance to debate whether women should be included in the military draft.

The bill passed Tuesday requires women who are 18-25 years old to register with the Selective Service beginning in 2018. Lee and Sen. Ted Cruz, R-Texas, were among conservatives who opposed the historic change, arguing young women should not face the possibility of being forced to fight in future wars.

But Lee’s effort to get a debate on detention and his moves to block other votes scuttled his own draft measure. The House already decided against expanding the draft when it passed the NDAA. Now, Congress must negotiate a solution to the different positions.

On Tuesday, the Senate also voted to cut – without debate – a fertility program that ensures troops will be able to have children despite severe battlefield injuries.

This year, the Pentagon began offering to freeze eggs and sperm prior to deployments. But Sen. Patty Murray, D-Wash., an advocate of in vitro fertilization for the military, said a single line “buried in a funding chart” more than 1,000 pages into the massive NDAA bill eliminates funding for the service.

“I don’t know how this line got in here or who thought it was a good idea, but I know that it is absolutely wrong and we should fix it,” Murray said.