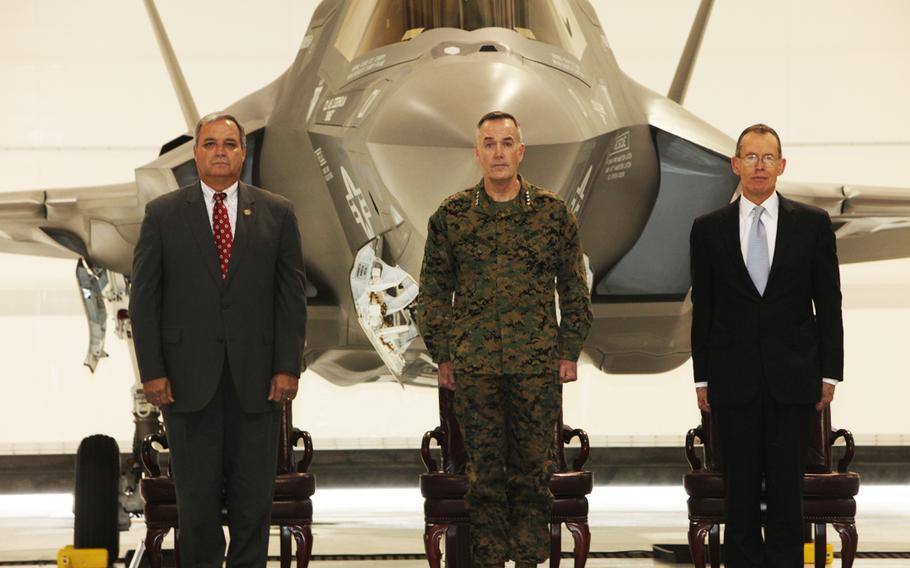 WASHINGTON &ndash; While Gen. John Allen&rsquo;s nomination to become NATO Supreme Allied Commander in Europe is on hold in the wake of the Gen. David Petraeus sex scandal, his successor, Marine Gen. Joseph Dunford Jr. &ndash; nominated to be the next Commander of U.S. Forces in Afghanistan &ndash; was grilled in a Senate Armed Services Committee confirmation hearing Thursday about his views on progress and achievability of the U.S. strategic goals in Afghanistan.

Dunford, four-star assistant commandant of the Marine Corps, has more than 35 years of military service and and has commanded combat forces in Iraq. The committee will vote on his confirmation in two weeks, then the vote will be forwarded to the Senate floor.

Committee Chairman Carl Levin, D-Mich., said at the end of the hearing that he was &ldquo;confident&rdquo; Dunford would be &ldquo;unanimously confirmed&rdquo; for the position, which includes being commander of the International Security Assistance Force in Afghanistan.

&ldquo;If confirmed, Dunford will assume command as the security transition in Afghanistan enters a critical phase,&rdquo; Levin said, as coalition forces attempt to guide a two-year transition of security forces to Afghan control.

Dunford testified that he supported President Barack Obama&rsquo;s decision to withdraw 33,000 surge troops in September, leaving 68,000 U.S. servicemembers there. However, he said, the pace of troop reductions through the end of 2014 will depend on several variables, including &ldquo;the state of the insurgency&rdquo; and the readiness of Afghan National Security Forces to take on full security leadership and responsibility.

One of the main markers of the transition&rsquo;s success will be whether national elections in Afghanistan are successfully held in April 2014, Dunford said.

Sen. Claire McCaskill, D-Mo., and others grilled him on how he intends to oversee billions of dollars going toward reconstruction of Afghanistan, despite numerous Inspector General reports that millions remain unaccounted for, due in part to rampant corruption.

&ldquo;I recognize that an important part of my role as leader would be to be a good steward of our resources,&rdquo; he said, adding that he would continue Allen&rsquo;s efforts to increase reviews of reconstruction projects and cancel those that were not worth the cost.