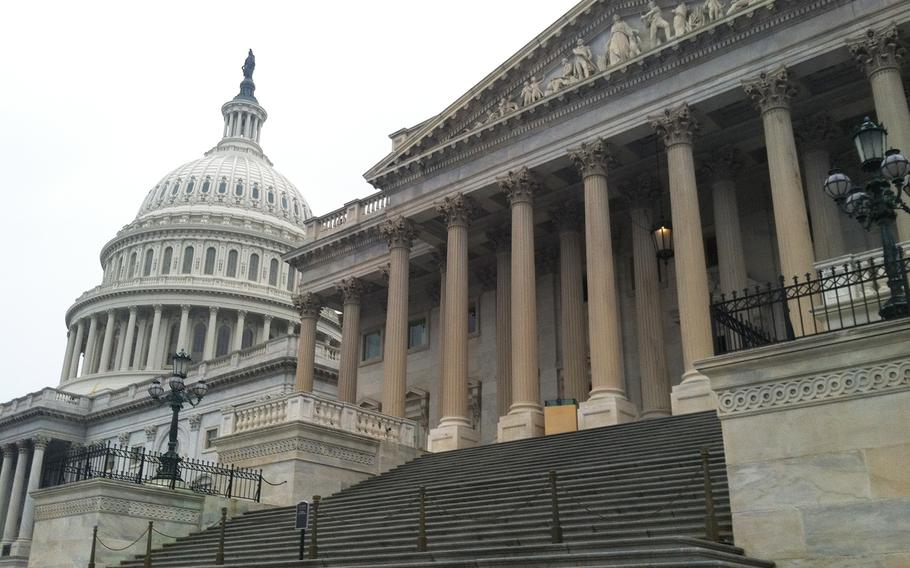 Buy Photo
The Senate side of the U.S. Capitol. (Stars and Stripes)

WASHINGTON — A showdown loomed within the Democratic party over how to prosecute sexual assault in the military after senators on Tuesday approved draft legislation that would remove commanders’ control over sexual assault cases that occur in their chain of command.

Sen. Kirsten Gillibrand, D-N.Y., authored legislation to remove sexual assault convictions from the chain of command. The change was approved by the personnel subcommittee of the Senate Armed Services Committee, which is preparing the Senate version of the 2014 National Defense Authorization Act. Gillibrand leads the subcommittee.

But SASC chairman Sen. Carl Levin, D-Mich., said he would oppose the measure, which the Pentagon’s top military and civilian leaders have consistently argued against. Levin said his proposal would require a review of a commander’s decision not prosecute a sexual assault case, but leave prosecutions under the direction of the alleged victim’s commander. Levin’s amendment would also make it a crime to retaliate against those who report sexual assault.

In a statement posted on her website, Sen. Barbara Boxer, D-Calif., criticized Levin.

“I am stunned that when it comes to prosecuting these crimes, the committee is largely embracing the status quo by allowing commanders to not only decide whether a case goes forward, but even to handpick the jury that will render the verdict,” she said.

The full Senate Armed Services Committee was scheduled to take up the 2014 NDAA in a markup session scheduled Wednesday afternoon.

Pay and benefits The SASC personnel subcommittee also proposed a 1 percent pay raise for troops and reauthorized a slate of bonuses and special pay incentives.

Though the number is in line with the Pentagon’s budget request earlier this year, it sets up a possible confrontation with the House Armed Services Committee, which has proposed a 1.8 percent raise in its version of the NDAA. The full House of Representatives is expected to vote on its bill this week.

Senators on the subcommittee were in agreement with their House counterparts in refusing to approve the Obama administration’s request for increases in Tricare fees and copays for working-age retirees.

That drew a response from subcommittee co-chairman Sen. Lindsey Graham, R-S.C., who said military health care fees must rise to offset cost increases for the Department of Defense that he called “just unsustainable.”

“We’re not going to fight our enemies with a good health care plan,” Graham said in another hearing Tuesday.

The subcommittee also approved legislation to reduce active-duty end strength by 40,000 next year, as requested in the administration’s budget request.

Also included in the draft legislation:

plans to allow Survivor Benefit Plan annuities to be paid to special needs trust funds for severely disabled military children a requirement for the Pentagon to track and report to Congress on the number of suicides among military dependents $30 million to support civilian schools with large populations of children from military families. Senators on Tuesday also appeared to put the final nail in the coffin — for 2014, at least — of Pentagon requests for another round of Base Realignment and Closure, or BRAC, to shutter military bases that are no longer needed by a shrinking force.