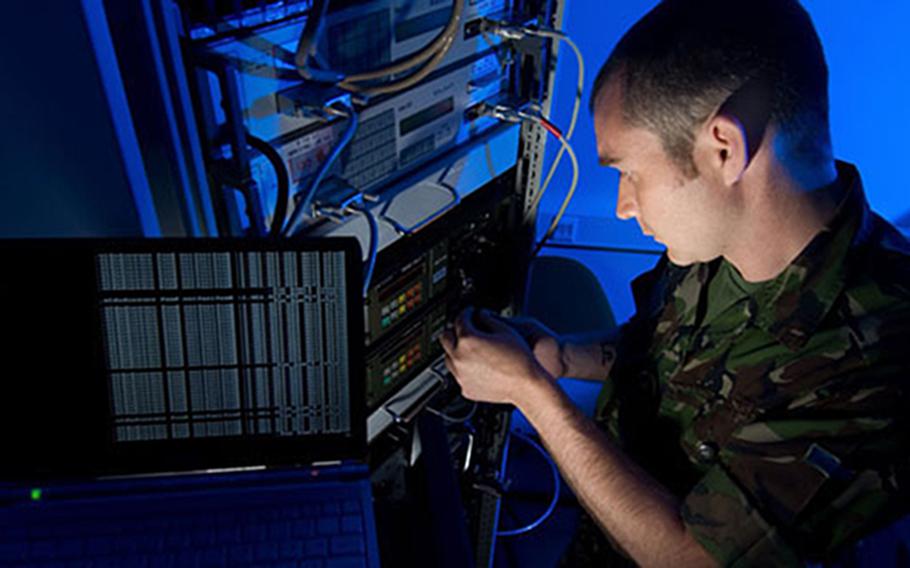 A report by Senate Democrats calls for the Trump administration to take steps to counter Russia in the cyber domain, such as working with NATO to set up more cyber quick-reaction teams. (Photo courtesy of NATO)

Senate Democrats called on Wednesday for the Trump administration to adopt a set of tougher measures against Russia, although many of their suggestions about improving NATO cyber operations have already been adopted by the alliance.

The senators charged in a 200-page report that the White House lacks a coherent plan to counter Moscow’s efforts at undermining the West.

“Never before has a U.S. president so clearly ignored such a grave and growing threat to U.S. national security,” the report said.

The findings, which detail Russian meddling in a range of elections across Europe and the United States, called for a tougher line, particularly in the cyber realm. That would mean closer coordination with NATO, the report says.

Among the recommendations in the report are “rapid-reaction teams” to defend allies that come under attack.

The U.S. also should convene a special meeting of the NATO heads of state to review Russian government-sponsored cyberattacks and determine when such assaults should trigger the alliance’s mutual protection provision, the report said.

Still, NATO has already begun to move in the direction called for in the Senate report, establishing a cyber “center of excellence” in Estonia and one focused on hybrid threats based in Finland. NATO also has a cyber quick-reaction team, and information-sharing agreements with the European Union have been set up to ensure cyber attacks are countered in real time.

In addition, the alliance has formally agreed that cyberattacks can potentially activate Article 5, triggering a collective alliance military response. It remains unclear, however, what type of cyberattack would rise to such a level that NATO’s collective defense provision should be invoked.

The only time in NATO history that Article 5 was activated was after the Sept. 11 terrorist attacks.

The report by Senate Democrats comes as independent prosecutor Robert Mueller continues his investigation into possible cooperation between the Trump campaign and Moscow during the 2016 presidential election. In speeches, Trump has denied any cooperation with Moscow, while also speaking of his desire for closer ties with Russia. Trump’s past comments about NATO’s irrelevance have raised concern in the region about U.S. commitment to Europe.

Yet U.S. military efforts in Europe have continued even as Trump has talked up his desire for better relations with Russia. The military has moved forward with troop rotations in Eastern Europe, and the Pentagon budget under Trump calls for increased funding for operations aimed at deterring Russian aggression.

In addition, the Trump administration has authorized the sale of lethal aid to Ukraine, a move opposed by the Obama administration because of concerns about antagonizing Moscow.